Though still attempting to get the name recognition in the US for the graphics card market, ASUS has one of the few engineering teams large enough to create truly unique GPU products 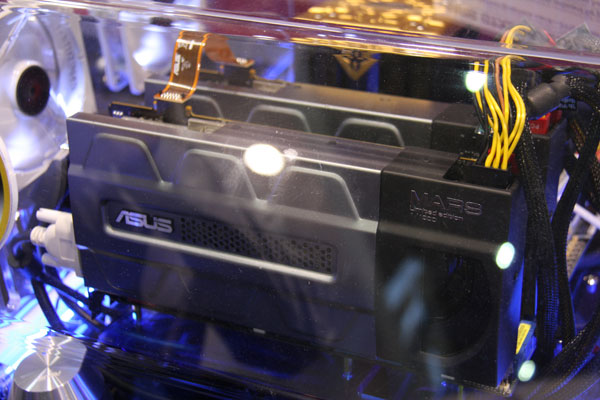 This magnificent beauty is the ASUS MARS GTX295 graphics card – and the name is a little confusing.  What we are actually seeing is a pair of GTX 285 GPUs in a single card; the reason for the naming dispute is apparently in how the NVIDIA driver recognizes the MARS card as a 295 offering.  ASUS claims that the MARS GTX295 is 21% faster than the reference GTX 295 designs (that use a GTX 260 GPU, remember) and is the first to offer 4GB of memory!!  With 2GB of frame buffer per GPU, this is really in a class of its own.  The GPU clock will run at 648 MHz, the shader clock at 1476 MHz and the memory clock at 2.4 GHz. 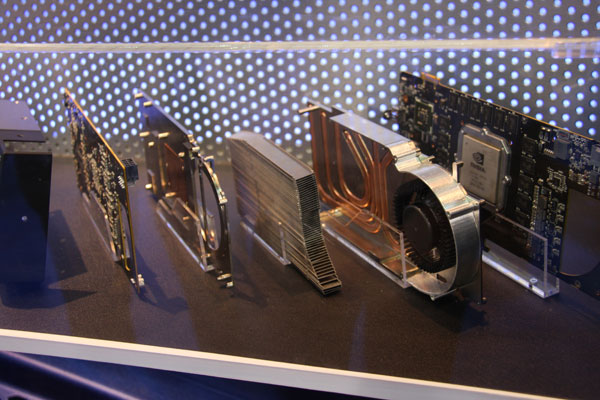 You can see in this breakout, the MARS GTX295 is a dual-PCB design and in fact requires two 8-pin PCIe power connections to run.  The card will go on sale in late July of this year and will be very limited – ASUS claims they are only making 1000 of them.  Be prepared to open your wallet. 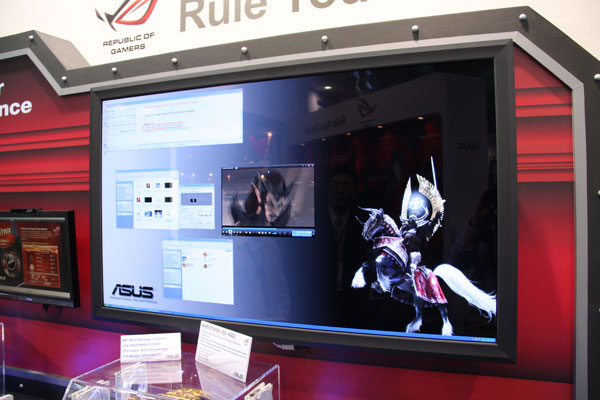 Just as impressive as the graphics card itself is the display that ASUS had running on it (that you or I can’t get our hands on).  This panel was incredibly crisp and HUGE, built especially for ASUS for this demonstration and to show the power of the MARS GTX295 cards.  There were TWO of them running in the demo box in Quad SLI mode…  The panel is actually built out of four different panels running on dual-link DVI outputs each. 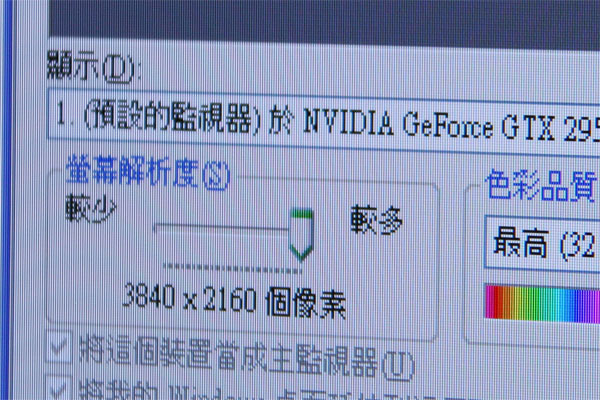 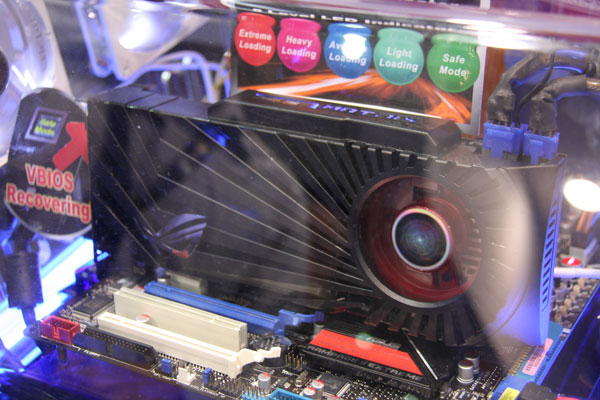 Another very unique graphics card design from ASUS is the new Matrix line of cards first being shown here as a GTX285 model.  This card offers some impressive features including the ability to write a custom BIOS and flash it to the card with overclocked timings so you never have to worry about overclocking software again. 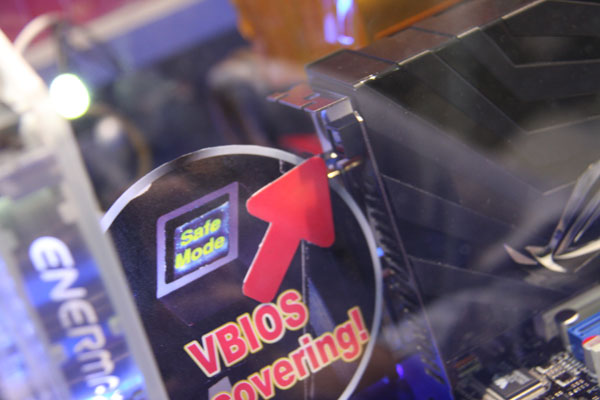 This button will save your ass if you overclocked the card too far and stored those settings in the GPU BIOS – just hit this button to revert to the GPU safe mode. 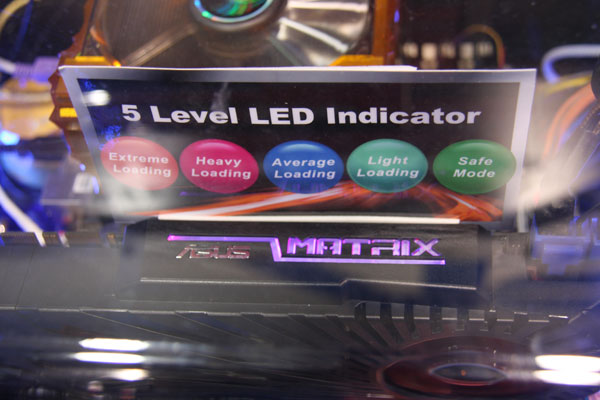 The Matrix also includes a purely hardware driven LED status indicator to show you the load level of the GPU – from light load to extreme load.  The fact that you don’t have to run extra software on your system to make this work means that you have less crud on your Windows machine and that it will work on ANY operating system or environment. 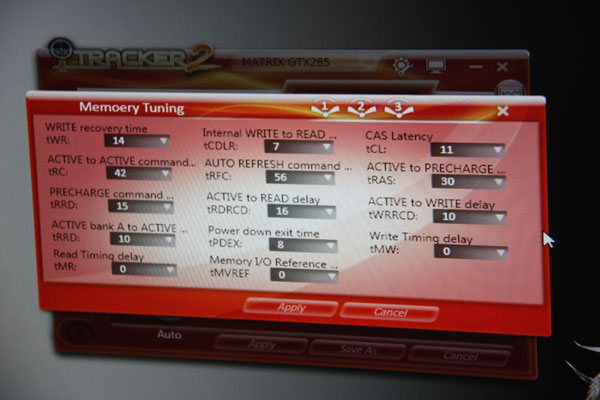 This is also the first graphics card to allow you tweak the GPU memory settings straight out of the box!  The ASUS Tracker 2 software will allow overclockers to get their hands dirty with the memory like never before.

I have to say I am impressed with what ASUS was showing at Computex last week.  In a period when it would be all too easy to just run with what they have going, the Eee PC as it exists already, the company is showing an ability to think outside of the box and innovate for both general consumers (with the Eee Top) and for the enthusiast (with new motherboard and GPU offerings).

Oh, and one last thing: ASUS is really looking to innovate for the future as well.  Though just a prototype mock up, this demo of ubiquitous computing is really compelling.  Good form ASUS!