The first official meeting we took part in at Computex 2009 was with the GlobalFoundries – the recently created independent silicon manufacturer that was previously simply a part of AMD.  The company officially launched in March of this year and just last month we spent some time with company executives and the site of their upcoming New York fabrication facility to talk about the future of their process and customer base. 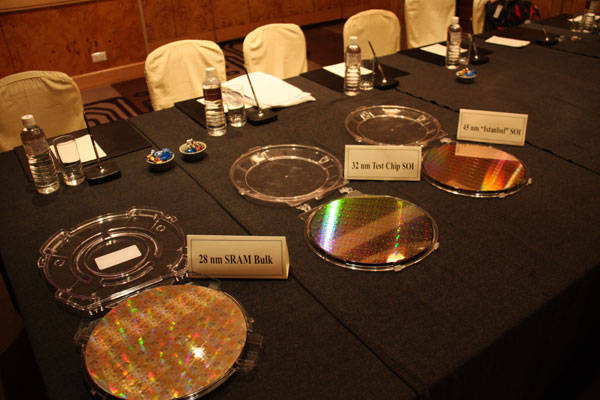 About $25,000 worth of wafer technology rests on this simple table.


In Taiwan for the annual Computex convention, GlobalFoundries is meeting with the local and international press to showcase some of the new and upcoming technologies that will soon be offered to customers OTHER than just AMD. 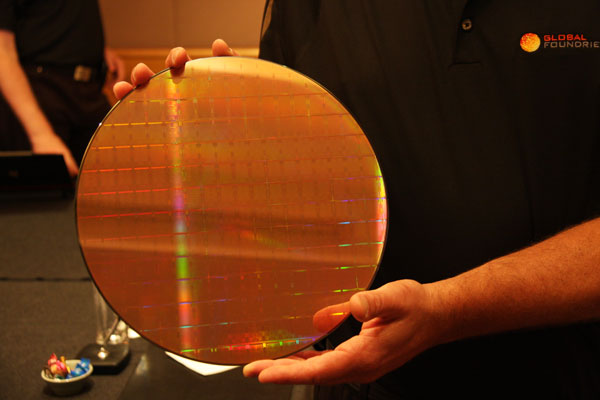 
Of course, it never hurts to get the media’s attention if you have a previously unreleased product on hand; this was the case for the first images of the 45nm AMD Istanbul wafer seen here.  Built in Fab 1 Module 1 in Dresden, Germany, the Istanbul architecture is arguably one of the most complex designs in current CPU technology. 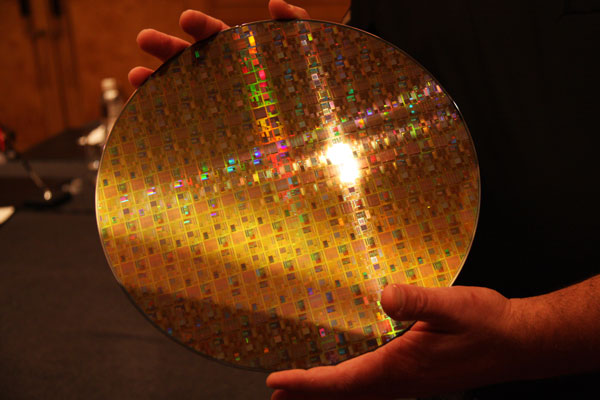 
32nm is a already well on its way to being ready for mass production and the GlobalFoundries team was showing off an SOI test wafer  built with some simple CPU logic and memory.  GF claims that the 32nm process will increase transistor performance by as much as 40% compared to current 45nm technology.  32nm technology, both SOI and bulk, will be the first generation of High-K metal gate technology from GF as well.

32nm SOI technology will be shipping in 2010 in an AMD design though GF does have a 32nm bulk technology that they will begin accepting orders for in the second half of this year. 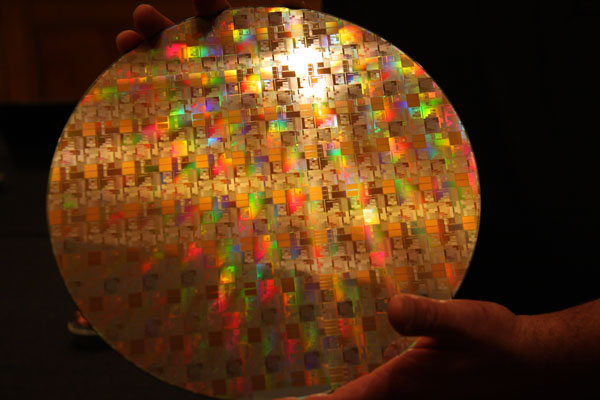 
After the introduction of the 32nm technology, GlobalFoundries will release a 28nm technology tested and ready to go for taking orders in early 2010 with full-scale production later in the year.  Compared to the 32nm process, GF expects to see some significant power and size reductions on 28nm that could potentially really spotlight that particular process as the target for GPU architectures going forward.  28nm technology will also be the 3rd generation of immersion lithography and 2nd generation High-K metal gate design.

28nm is also the target technology that GlobalFoundries believes they will have a big advantage over the competing TSMC process of the same level.  It is likely then that once GF has the 28nm wafers ready for production we will see the number of customers that the fabrication company acquires spike.

We’ll have more information on GlobalFoundries as we find it this week in Taiwan!  I have provided a few close ups of the wafers seen above for the curious!! 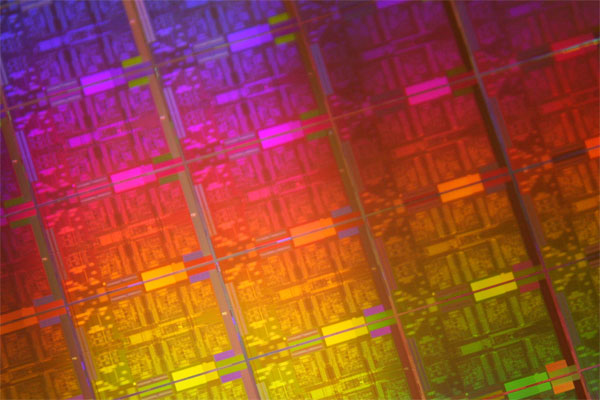 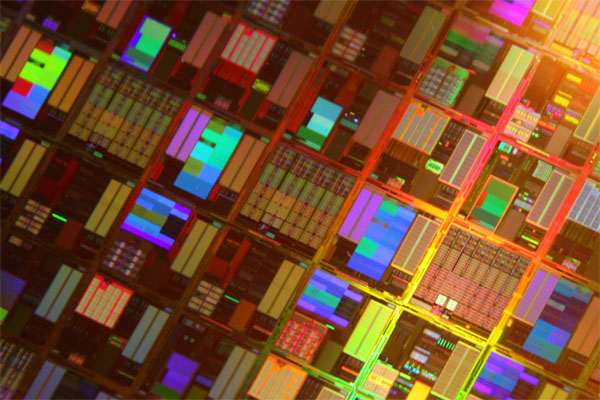 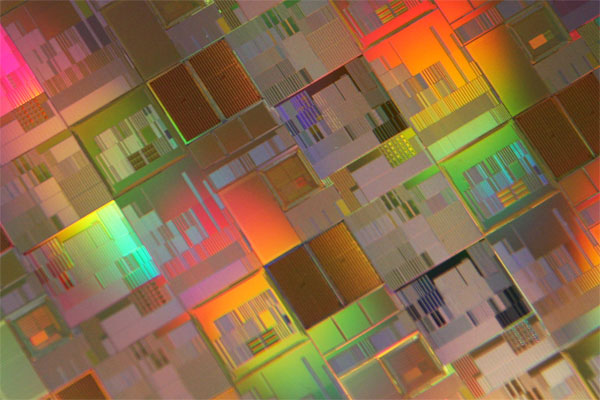 Ever Want a 16 Core Opteron System? 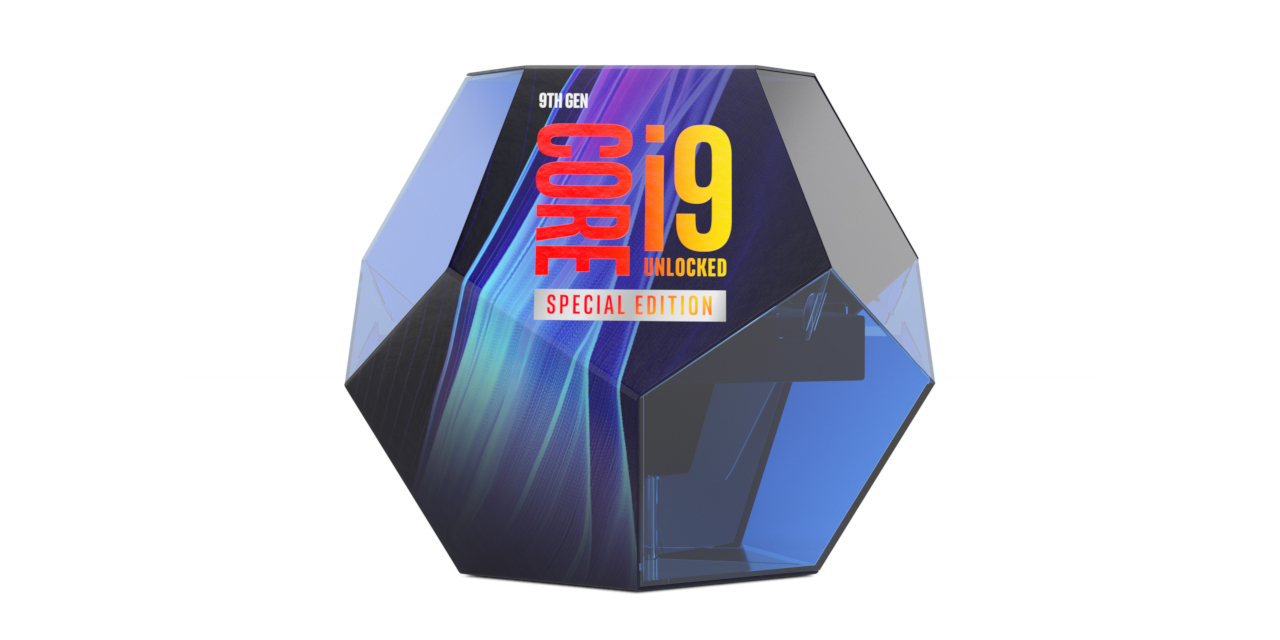