The GeForce GTX 275 started as a fill-in GPU to combat the Radeon HD 4890 when it was released earlier this year. As enthusiasts started adopting it, it found a great spot in terms of performance and price between the GTX 285 and GTX 260+. Galaxy has an overclocked model with a custom cooler available that does cost a bit extra, but allows you get even more out of the graphics chip.

The first GeForce GTX 275 graphics cards we saw came at the 11th hour in our testing of the new AMD Radeon HD 4890 card back in April; it is essentially one-half of a GeForce GTX 295 dual-GPU card with slightly increased clocks.  While that doesn’t sound too exciting in does create a high performance single-GPU graphics card with a low price in comparison to the GTX 285 with the only real technical differences between the two cards being the memory bus width (448-bit vs 512-bit) and frame buffer size (896MB vs 1GB).

Today we are looking at a new Galaxy model that offers a custom cooler and overclocked specs to offer better than average performance, for a price. 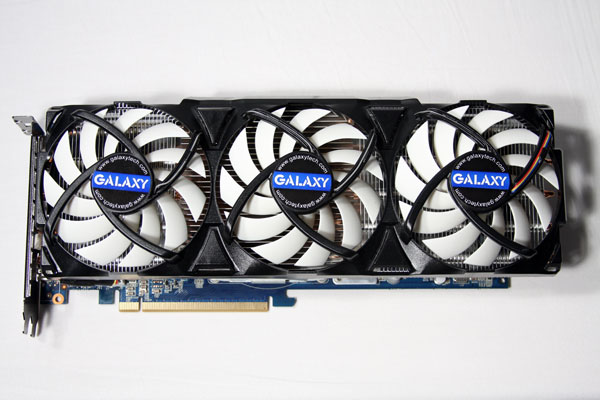 The cooler design on the Galaxy GTX 275 OC is pretty unique design with three large fans and a custom heatpipe cooler.

The GTX 275 GPU is a very powerful GPU as it actually matches the GTX 285 in most specifications including having 240 stream processors and very high clock speeds.  If you want to get all the technical details of this GPU and how it compares other offerings from NVIDIA and AMD, check out my combined initial review of the HD 4890 and GTX 275 from earlier this year. 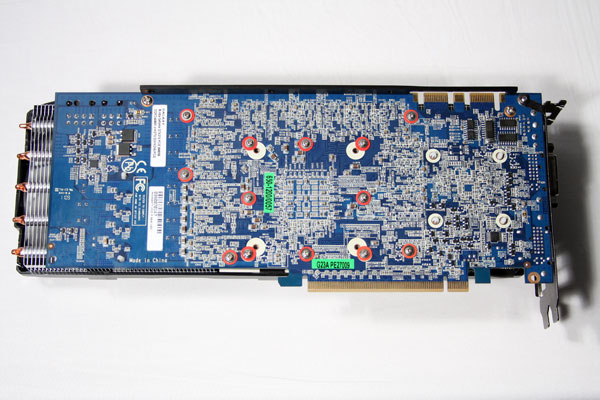 You can see by looking at the back of the card that the cooler is actually longer than the card itself. 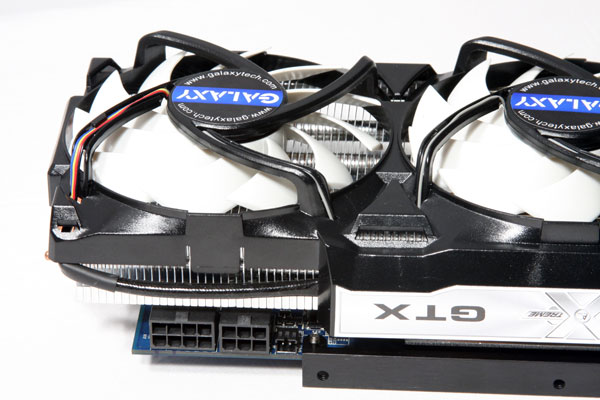 The GTX 275 reference card actually only required a pair of 6-pin power connections but this overclocked model from Galaxy requires a 6-pin and an 8-pin which should allow for some additional overclocking head room.

The GTX 275 supports adding in two more cards for 3-Way SLI if you power supply and system (and wallet) can handle it! 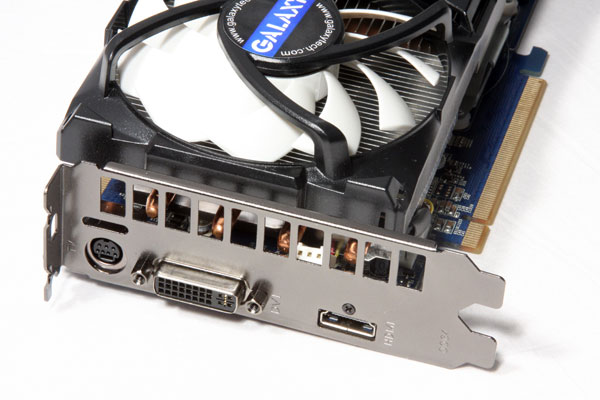 The external connectors on the card include a single dual-link DVI output, HDMI output and HDTV output with the included dongle. 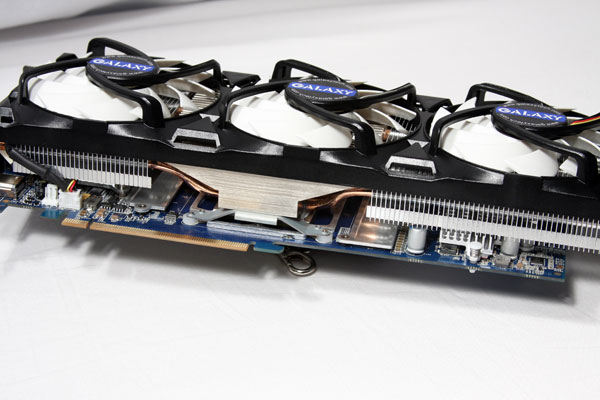 The custom cooler on the Galaxy card uses copper heatpipes to move the heat off the GPU into the aluminum fins along either side of the card.  The memory chips are actually just cooled by a passive heatsink in this instance. 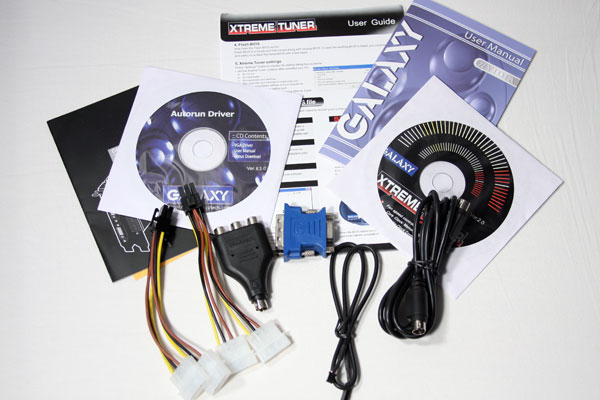