GO OC 2009 kicked off with an opening speech from Henry Kao, Vice President of GIGABYTE Channel Business. “Starting in February this year, GIGABYTE held GO OC 2009 country qualifiers in 26 countries worldwide followed by regional finals in Czech, Thailand, USA and China. After 4 months of serious competition, we have an exceptional 4 teams of overclockers as well as last year’s GO OC 2008 champions ready to compete. Let’s give them all a round of applause to congratulate on making it to the worldwide GO OC 2009 final.” 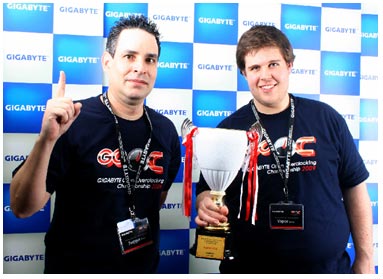