CineBench 10
This rendering benchmark based off of the Cinema 4D engine is a terrific indicator for multi-threaded processing. 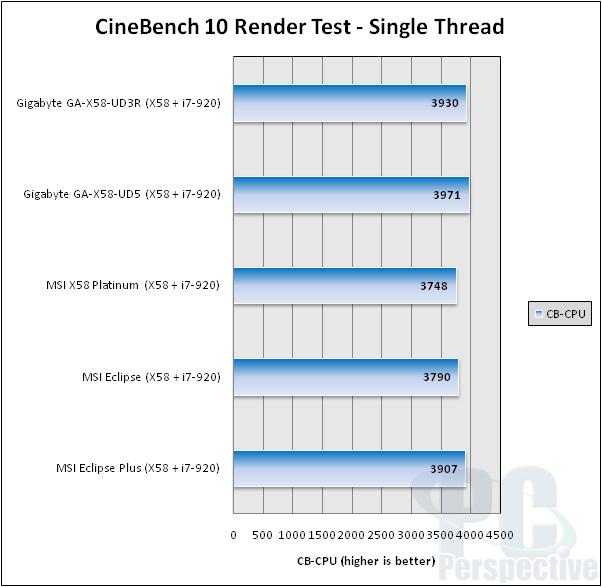 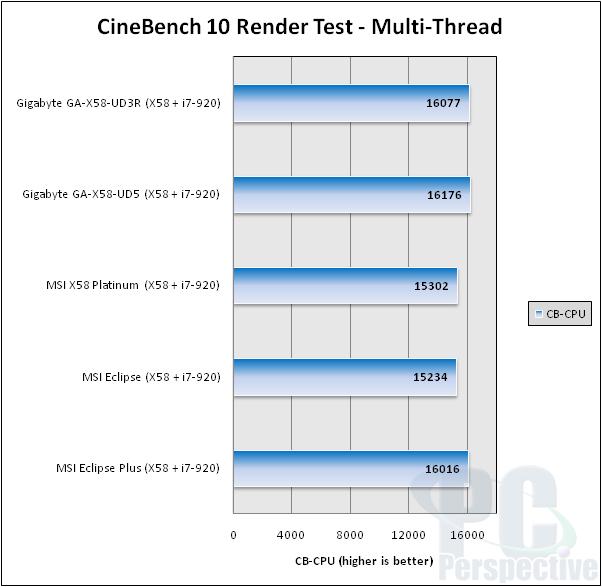 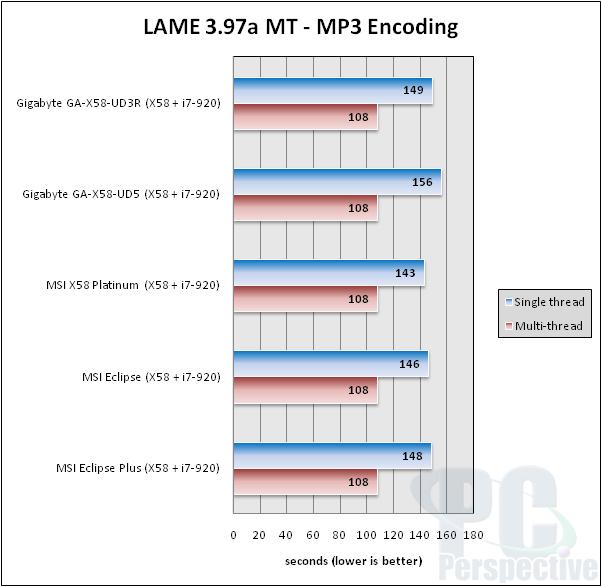 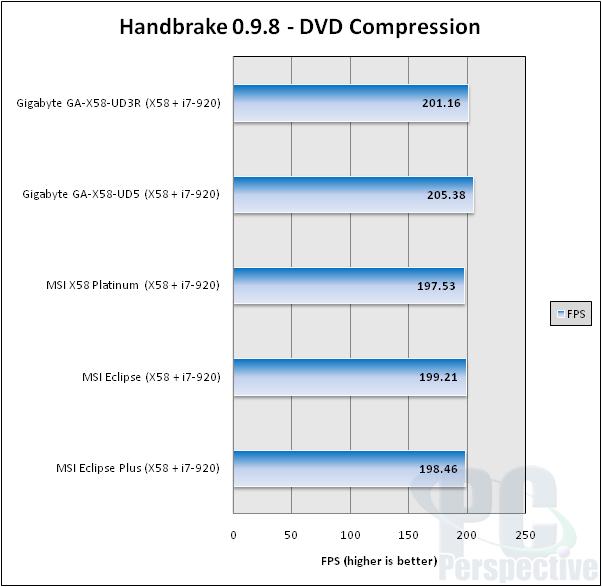 In every media encoding and rendering benchmark, both MSI motherboards had some difficulty against Gigabyte’s similar offerings. The MSI Eclipse Plus did see some performance gains over the Eclipse SLI and X58 Platinum so it shows MSI is maturing with the X58 platform and continues to improve their processes.