I would like to say that I do enjoy the design of the case.  When talking about a HTPC machine, the first thing that comes to mind is how loud it is.  Having a screaming PC while trying to enjoy a movie may not be an issue if the user only watches Transformers, where the constant explosions and engine revving sounds drown out everything else. 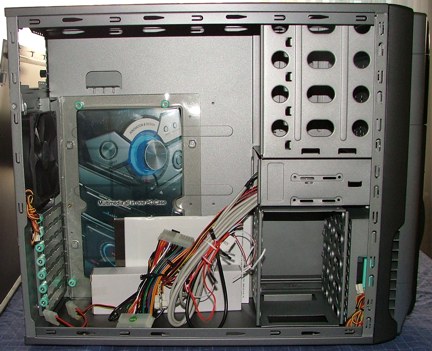 The interior is fairly spacious, and well compartmentalized.


The design keeps things quiet in a variety of ways.  First of all the design uses a massive, but slow moving, 140 mm fan in the front of the case which also has the speed controlled by the front panel.  The lower LED display on the front panel shows the speed % that the front fan is running at, and two buttons on the front either raise or lower that speed.  I have it set at 50%, which makes it whisper quiet, yet still pushes through quite a bit of air.  The back fan is another large 120 mm fan, but this is not controlled by the front panel.  This is another slow moving fan, so noise is not really a problem.  When combined with a quiet PSU, the case is very nearly silent.  The only issues that users have to worry about are the CPU and graphics fans.

If a user were to build a HTPC machine right now, then AMD has a lot more attractive options than Intel at this time.  The current AMD 780G and 790GX chipsets offer full video acceleration and cleanup of most high definition formats.  The NVIDIA nForce 8200/8300 series of integrated graphics also offer full video playback support, but with the added ability to handle 8 channel PCM through HDMI.  The upcoming AMD 785G features an improved video playback engine, and also adds full 8 channel PCM support (which is needed to playback Dolby TrueHD and DTS-HD audio).  AMD also recently added a pair of low power triple and quad core processors in the form of the Phenom II X3 705e and Phenom II X4 905e.  For users who feel three and four core parts are overkill, then the latest Athlon II X2 2×0 series of chips, ranging from 2.7 GHz to 3.0 GHz at 65 watts TDP should be more than adequate for HTPC use.  Most motherboards that I have mentioned above are passively cooled, which of course makes noise requirements meaningless.  These low power CPUs should give enough horsepower to handle most HTPC needs, yet still require minimal cooling even at full load. 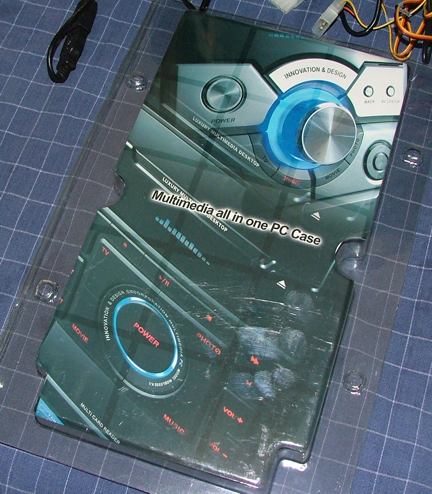 The accessories package is also well put together.  No cheap cardboard box here to store your goods.


The case itself is made of fairly thick steel, and it certainly feels solid and well built.  Some less expensive cases can be easily torqued with the application of pressure to the corners, but this case was always very solid.  It is not terribly heavy either, which makes moving it around a breeze.  The side panel is all steel, but it has two vents.  The top vent is covered by a fine metal mesh, which acts to filter dust.  This is located right over where the CPU is typically found.  The second vent is over where the video card should be, if the user plans to use one. 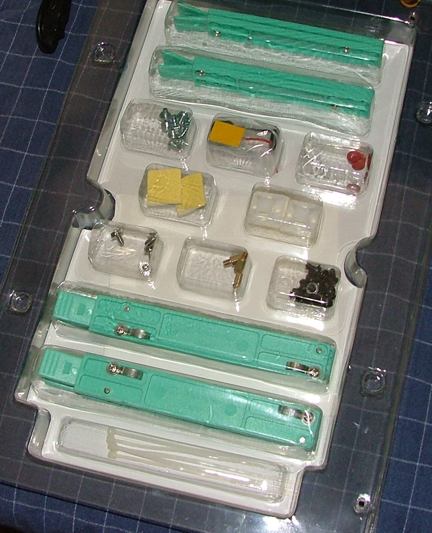 Instead all the parts are nicely separated and compartmentalized.  The attention to detail here is much appreciated for system builders.


The interior of the case is actually quite roomy.  I prefer the way they have the hard drives mounted on the bottom, as they are easier to remove when they face to the side, rather than into the case.  This makes cable management a bit easier, and it also allows the use of longer video cards when needed without having to move hard drives around.  There are a total of four 5.25” drive spaces, but only two of the drive bays are accessible from the outside.  The lower two bays are covered up by the top LCD display on the outside.  There are two 3.5” bays where the old floppy would have gone, but again these are not accessible from the outside, as they are covered up by the power/function panel and flash card reader.  There are another four 3.5” bays for the hard drives, and happily they are located right behind the 140 mm fan.  Again, these are very easy to get to, and all the mounting hardware is included in the box.  Putting in four 1 TB drives is certainly an option for this machine, and going with 1.5 or 2 TB drives would easily make this a true media center for the home.  Even with the latest motherboards and their 6 SATA ports, a user can fit out this machine comfortably with 1 BD drive, 1 BD burner, and 4 to 8 TB of hard drive space to store all media files.  Most component style cases will not allow that level of expandability.  If a user was going for the truly hard core, they would get an Areca 8 port SATA RAID card and fit in 8 x 2 TB drives.  Put in RAID 5 that creates 14 TB of relatively fast space for large media files. 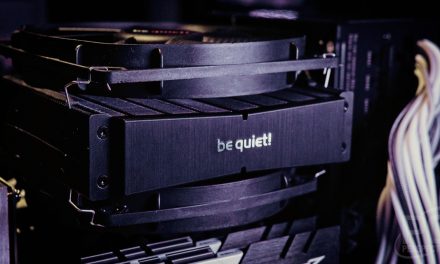 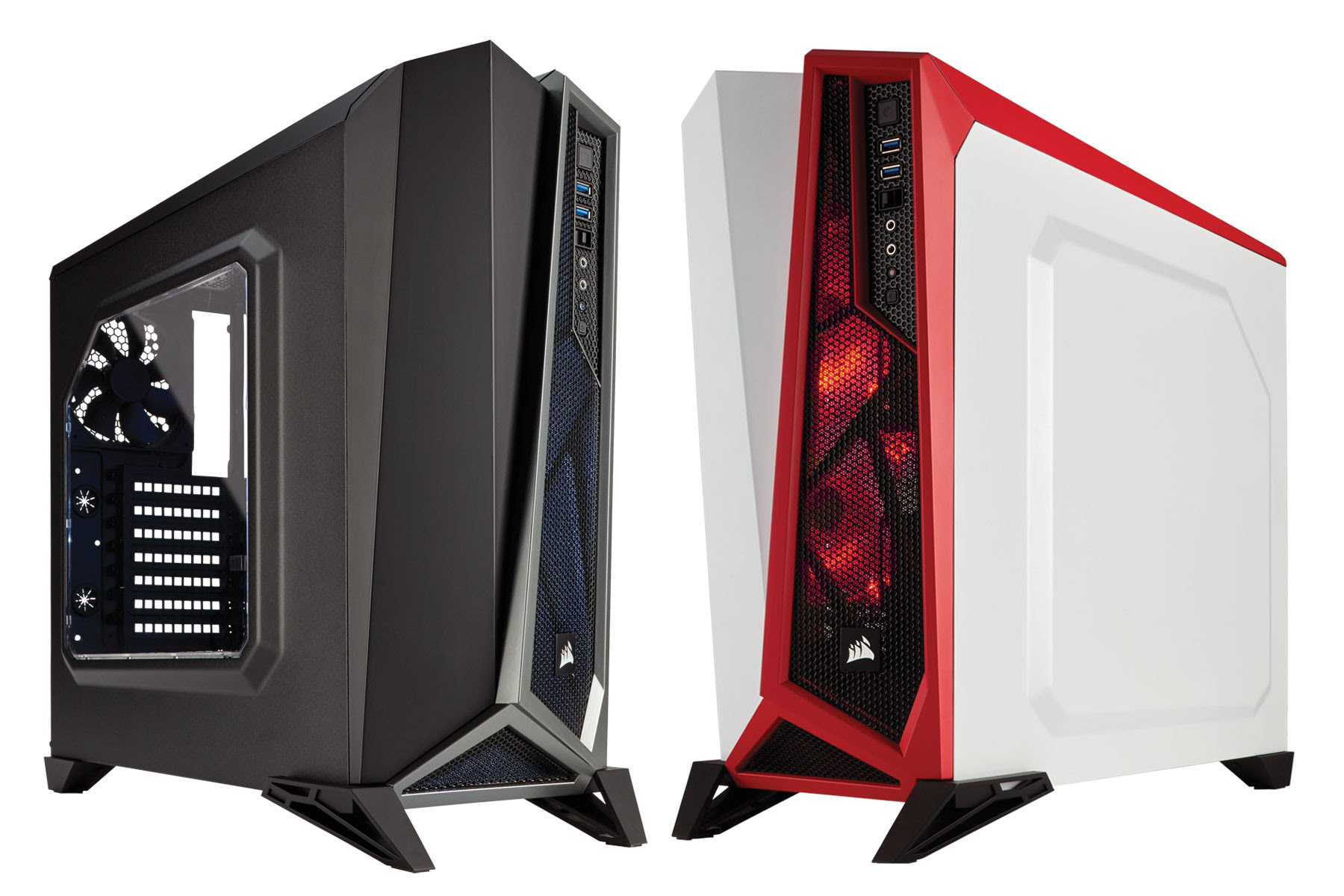 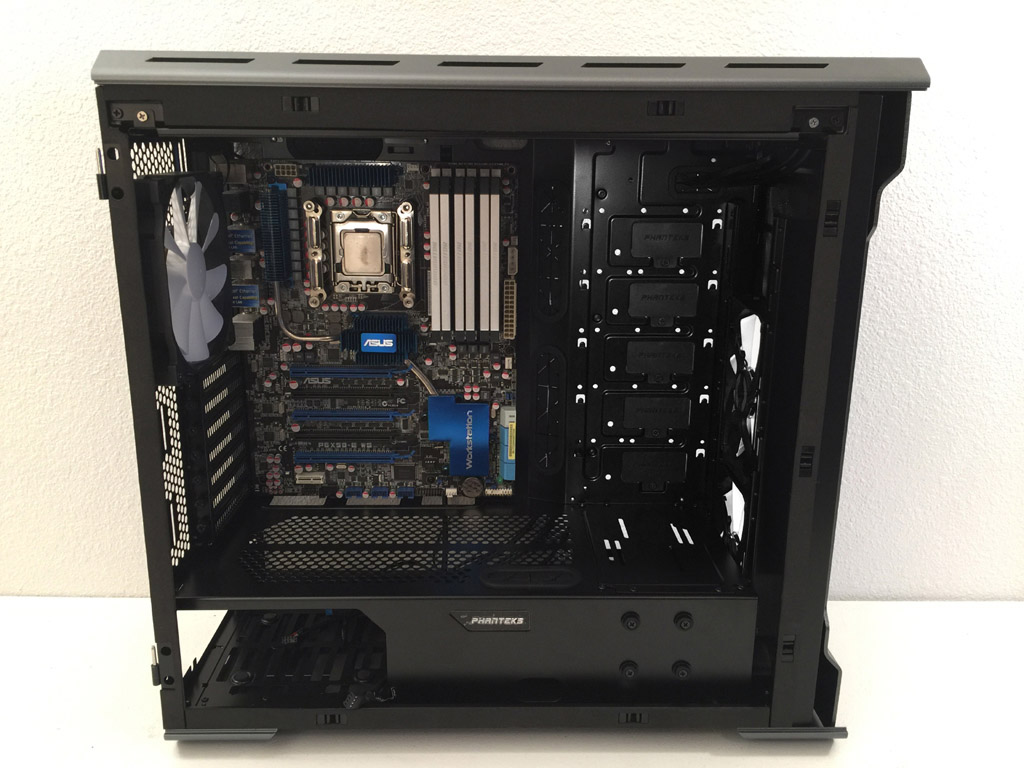