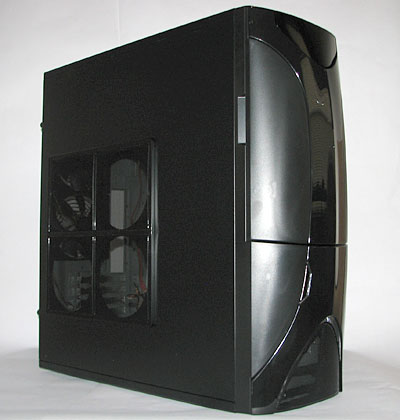 NZXT used a matte black finish on all the outer panels and also painted the front door panel to match perfectly. It’s difficult to photograph something this color because of the shadows and reflections, but I think the photo above is a good profile of the case and also shows the quad fan panel where consumers can install four 120mm fans on the left side panel wall. 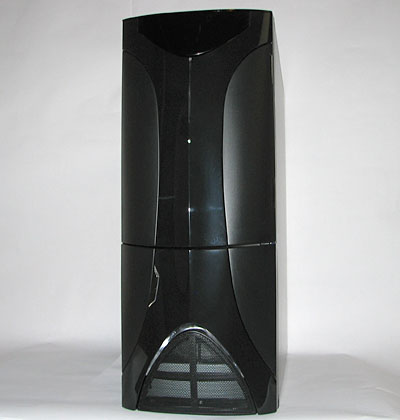 The front panel of the case is made from hard plastic that has been painted to match the exterior chassis. The top of the door has a translucent window that was originally used to see the fan controller on the original Zero case. Now, it’s just a simple design element. Our readers will also notice a small vent at the bottom of the case that helps pull in cool air into the interior of the Zero 2 case. The power button is also subtly placed at the bottom left of the case. It’s initially hard to spot, but upon further inspection it’s more recognizable. 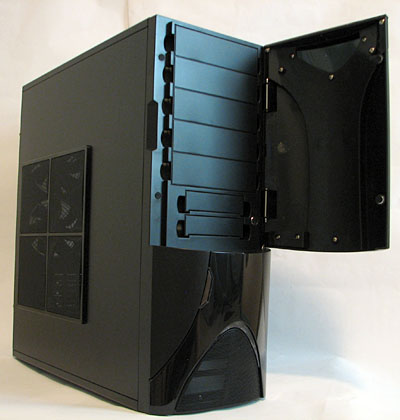 Opening the large front panel door we are greeted with five 5.25″ optical bays and two 3.5″ bays. This is a pretty standard setup and don’t have any special features to mention. 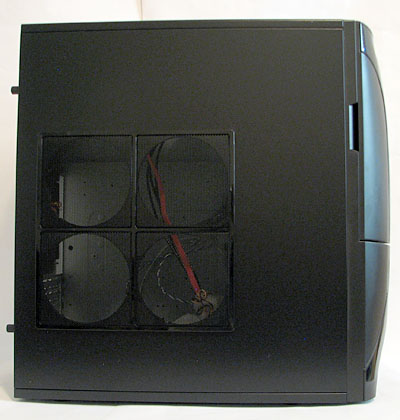 One of the key design features NZXT implemented in the Zero 2 case is the quad fan panel that can be used to install four 120mm fans. The original Zero case included these fans and made this feature a lot more functional. Now, it’s mainly a screen that exhausts heat. Those will heat-sensitive components should consider installing a few more fans on this panel to help with the case’s cooling system. 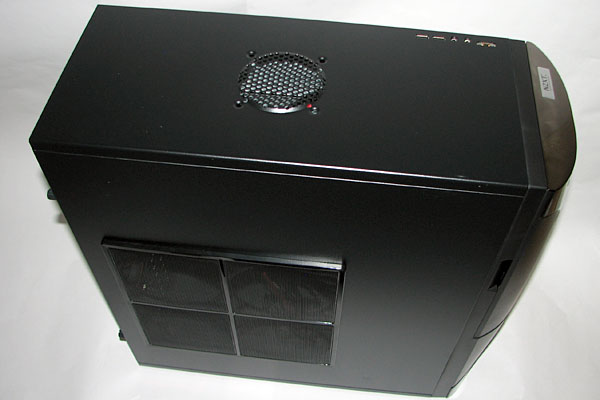 The top of the case houses two USB 2.0 ports, audio and mic jacks, and an eSATA port. There’s also room to install an 80mm fan that provides another outlet for heat to escape from the case. Consumers should be aware that this hole will be partically covered by some higher-end power supplies that are longer than standard power supplies. 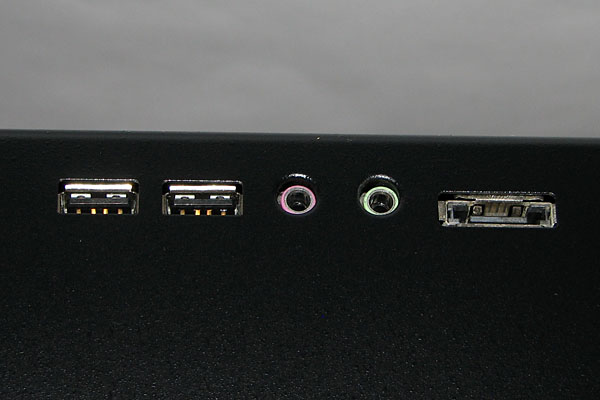 Here’s a close up at the front panel ports for USB, eSATA, and audio. 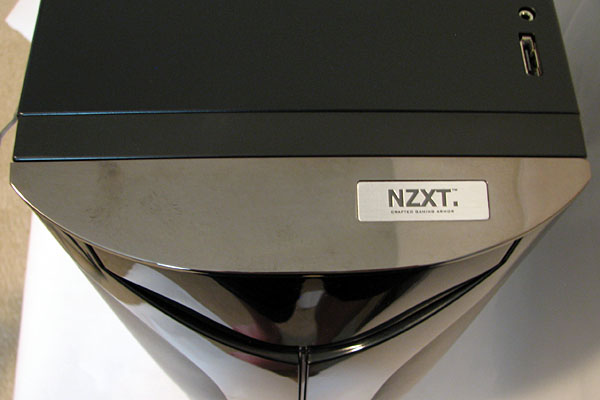 The top of the front panel door has a mirror finish and NZXT’s shiny logo. The design element looks a lot better in person, but fingerprints do show up quite easily to keep a rag handy to wipe down the shiny parts of this case. 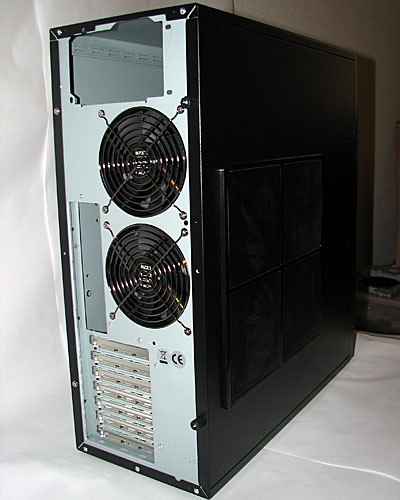 The back panel is pretty standard, but has room for two 120mm fans that provide excellent air flow and enhances the entire cooling system. Overall, the Zero 2 case comes standard with three 120mm fans that are located on the front and back of the case. If consumers add additional fans to the left side panel and top panel, there will be a total of eight fans in this case for ultimate cooling. 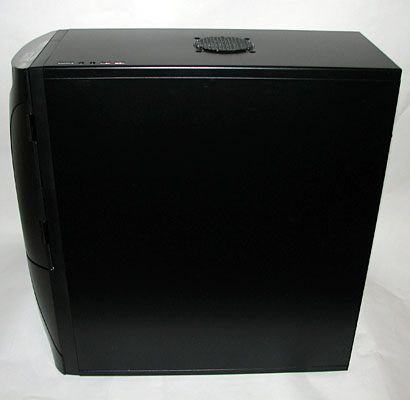 Finally, the right side panel doesn’t have much of a purpose other than letting users get to the back of the motherboard for wire management or fixing the front panel connectors. Overall, the exterior of this case is quite stunning. The front panel door is a bit hard to keep open because of the force of the magnet used, but it’s easily fixable. There’s plenty of room for expanding optical devices and even adding 3.5″ devices like fan controllers and floppy drives. The 80mm blowhole was also a nice touch as well as installing two 120mm fans on the back panel of the case. So far, so good with the exterior of this case. Let’s move on to the interior.