The Thermaltake Toughpower XT Series 850W power supply exhibited very good AC ripple suppression on all of the outputs except for +12V.   With the +12V output fully loaded to 62A, the XT 850W PSU was right at the max recommended value (120mV p-p).  Unfortunately this is an area where quite a few PSUs typically fall down.  To help keep this in perspective though, you wouldn’t normally operate this PSU with a 62A +12V load.  However, under a more realistic load (450W combined) the +12V output still exhibited 65% of the max recommended value, which is definitely higher than we would like to see. 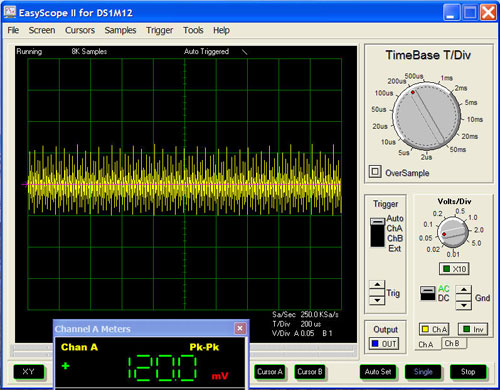 
I measured the AC Power Factor with an Extech power analyzer at both 115 VAC and 240 VAC input voltages.  The Thermaltake Toughpower XT Series 850W PSU uses Active PFC circuits so as expected; the majority of readings were close to 1.00 at the higher loads.

We’re going to pump you up

Learning from the best