Sandra does a good job in exposing differences in the competing architectures and products that we are testing.  It is updated very consistently, and the benchmark is changed and improved as needed to reflect the latest developments in CPU technology. 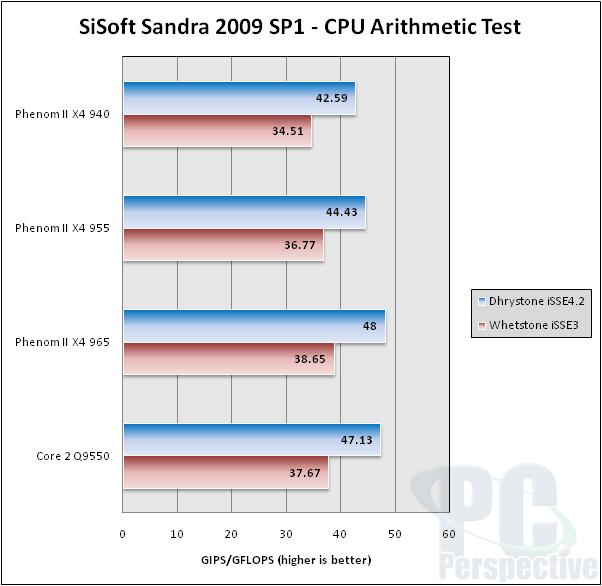 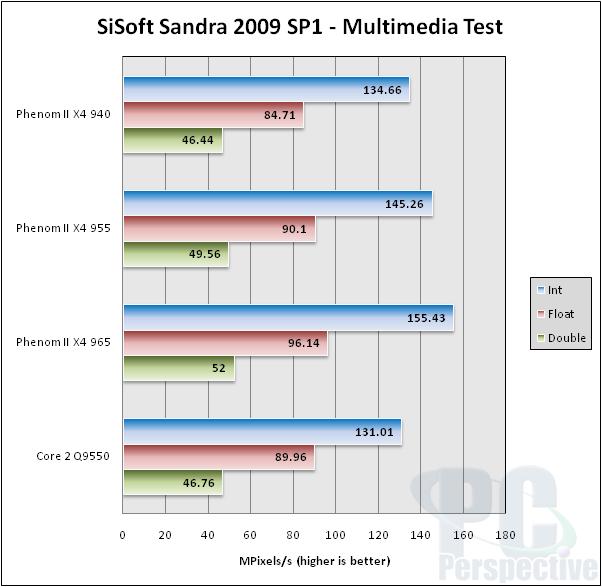 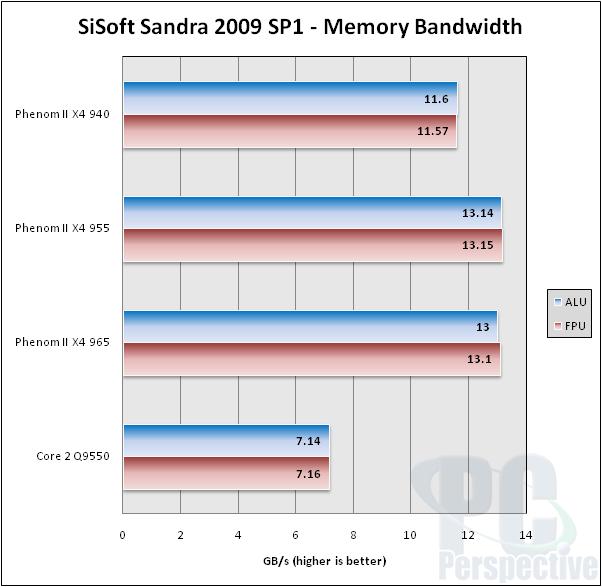 We can see from a synthetic point of view that AMD has fully caught up with the Core 2 Quad QX9550.  In certain tests, though not shown here, it also catches up with the i7 920.  Unfortunately for AMD, the i7 920 is almost 800 MHz slower.   We also see the extreme advantage in pure memory bandwidth AMD has with its integrated memory controller vs. the competing Core 2 Quad.

This “do-it-all” gaming benchmark is heavily multi-threaded in its CPU tests, and the GPU tests are also quite sensitive to overall system bandwidth from main memory. 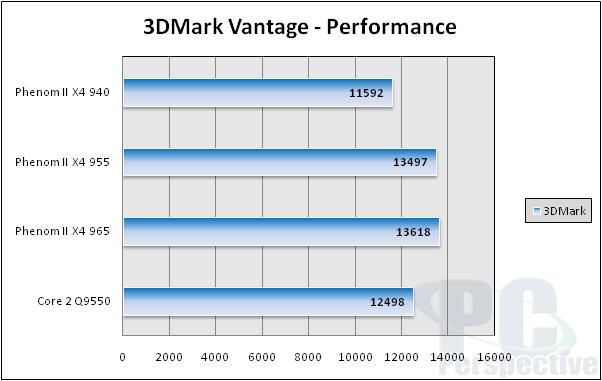 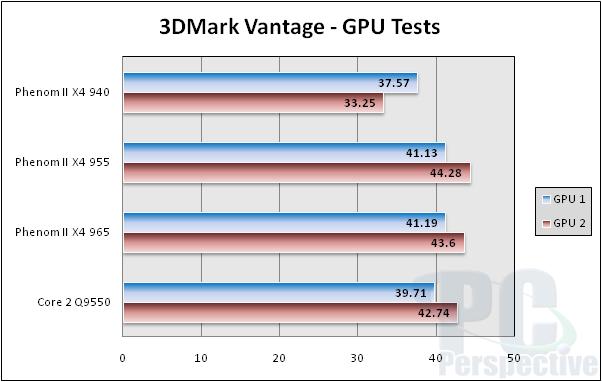 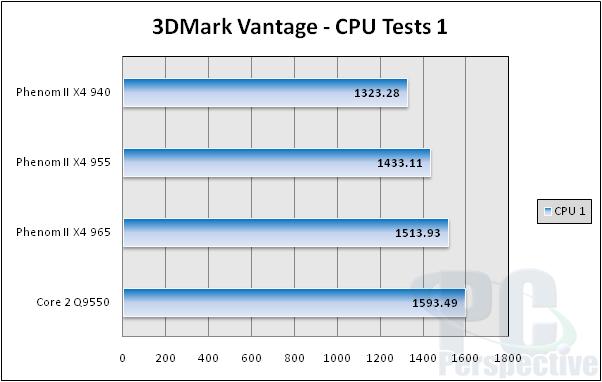 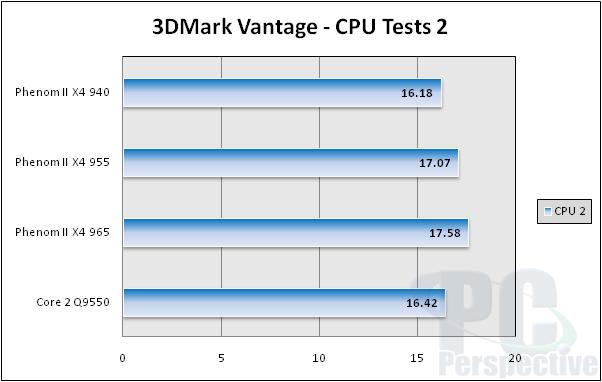 AMD again compares very well with the X4 965 to the Q9550.  The latest AM3 boards with optimized BIOS also help overall performance and efficacy.

This single and multi-threaded aware app was one of the first “professional” benchmarks where AMD was able to show parity with Intel with the latest Phenom II processors.  Cinebench R10 is based on the Cinema 4D professional rendering suite. 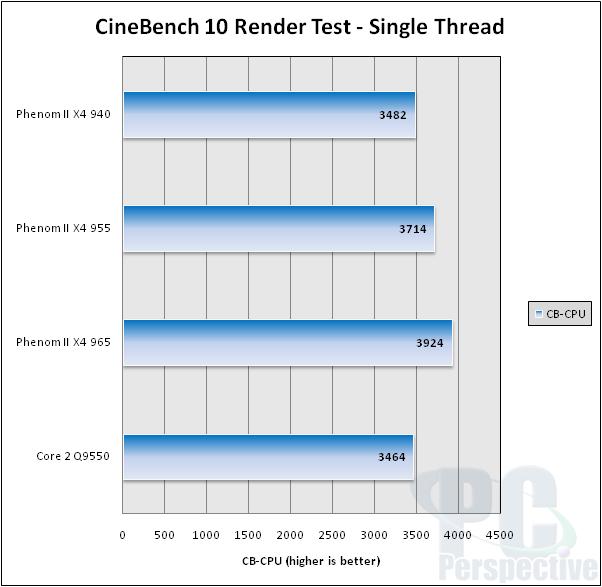 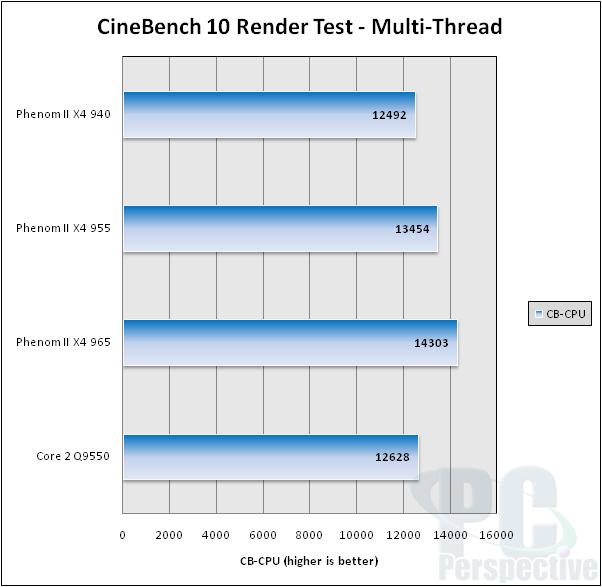 All of the AMD quad cores slap around the Q9550 in this particular benchmark.  A significant win for AMD, but unfortunately for them this is only one benchmark.

Valve jumped on the multi-threaded bandwagon early, and they produced two pieces of software that would actually leverage the extra cores.  The particle simulation is fully multi-threaded, and can utilize as many cores as are available.  The second is a map compiler which figures out pre-computed lighting. 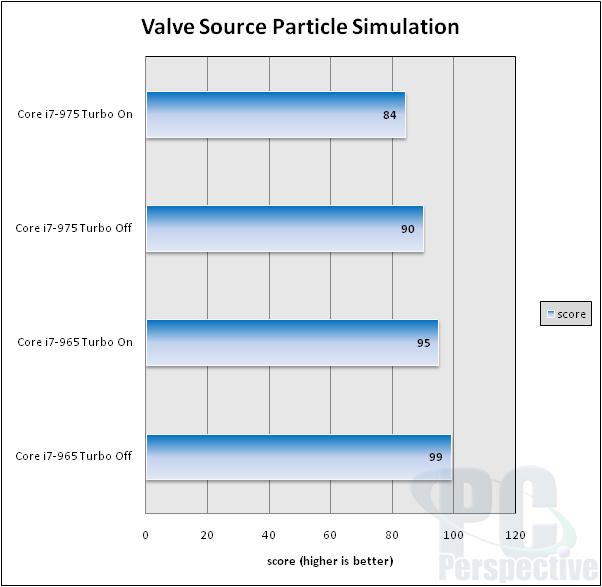 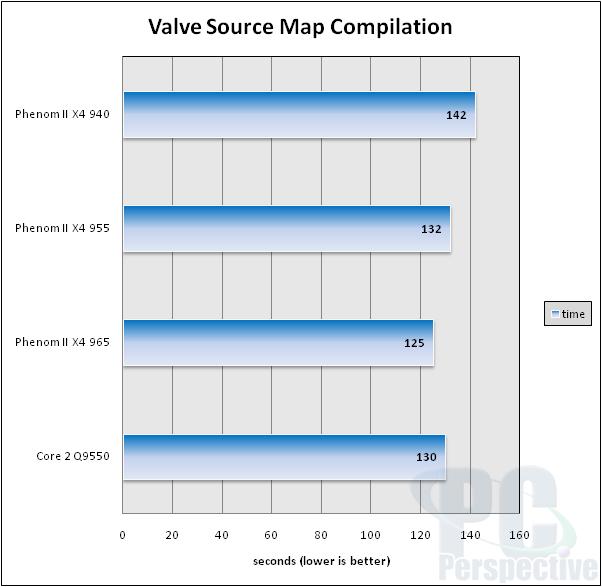 The X4 965 comes a lot closer to the Q9550 in the particle benchmark, and it actually beats the Intel part in the map benchmark.

This nice and free panorama creator is also multi-thread aware, and it makes for another good benchmark for modern processors. 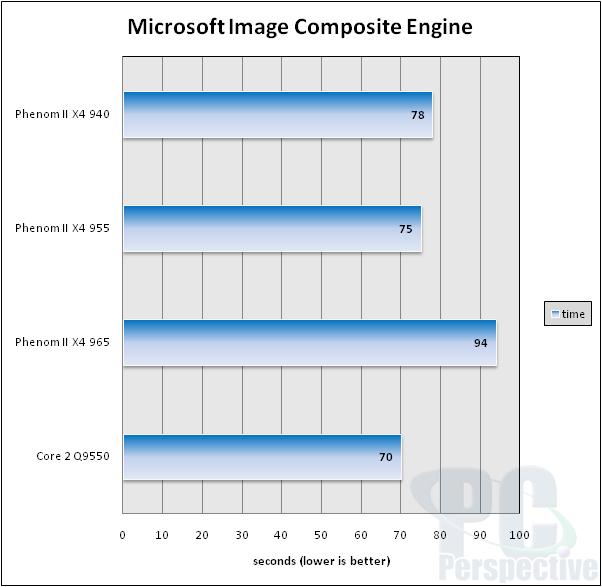 How much does that overclock add to your energy bill