To thoroughly test how these transcoding applications use ATI Stream and CUDA technologies in a consumer-level environment, we were careful to create a mid-range system that consumers could purchase at a relatively affordable cost. We made one change to our test bench that we used in our initial CUDA article a couple weeks ago. For this article, we used a sub $100 AM3 board from Gigabyte called the MA770T-UD3P. This $80 board was so amazing that we will continue to use it in future budget test bench systems because of its overall performance, overclocking capabilities, and build quality. Every other component has remained the same from our previous CUDA review. 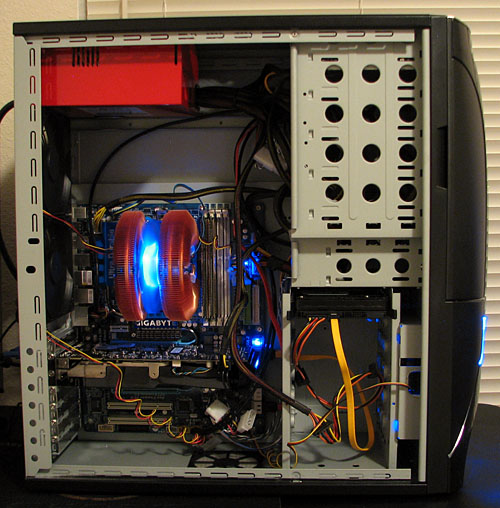 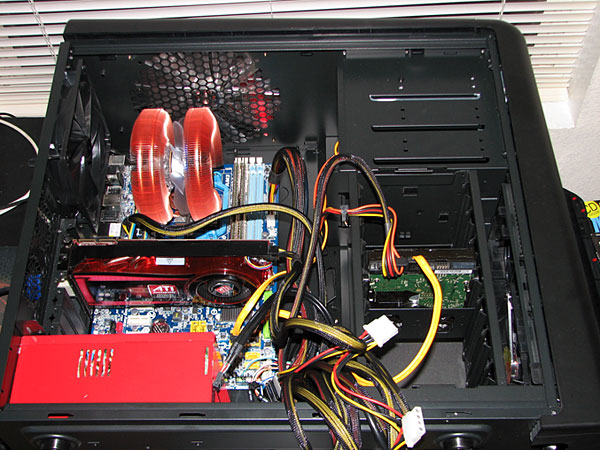 With this in mind, we put together a moderate AMD AM3-based system with 4GBs of RAM and an NVIDIA 9800GTX+ and ATI 4770 graphics cards. Our eVGA GPU is factory overclocked with a 756MHz core clock and 2246MHz memory clock while the ATI 4770 has a 750MHz core clock and 3200MHz (DDR5) memory clock. The 9800+ utilizes 124 stream processors compared to the 4770’s 640 stream processors. The 4770 is a lot newer tech-wise than the 9800+, but they should still have comparable speeds and results as well as comparable prices.

Here’s a complete run-down of the prices and specifications of our AM3 test system (Note: All prices were compiled from Newegg.com on July 12) :

Other notable items to mention about our test system: 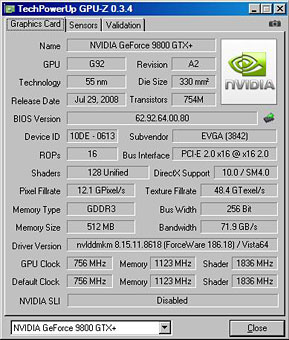 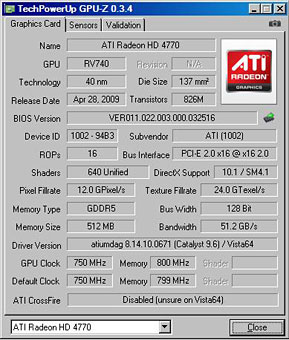 The testing perimeters for evaluating the performance of these ATI Stream and CUDA-enabled transcoding applications were as follows: