Our performance testing consisted of pitting the ATI Radeon 4770 against the eVGA 9800GTX+ to gauge which card utilized their respective GPGPU technologies the best in terms of performance and image quality. To do this, we transcoded each test video clip using PowerDirector 7, MediaShow Expresso, and Avivo HD and recorded the overall transcoding time, average CPU usage, and average GPU usage (for 4770 only because GPU-Z doesn’t record NVidia GPU usage). We also took screenshots at a certain point in each clip to determine the image quality of the outputted video files. 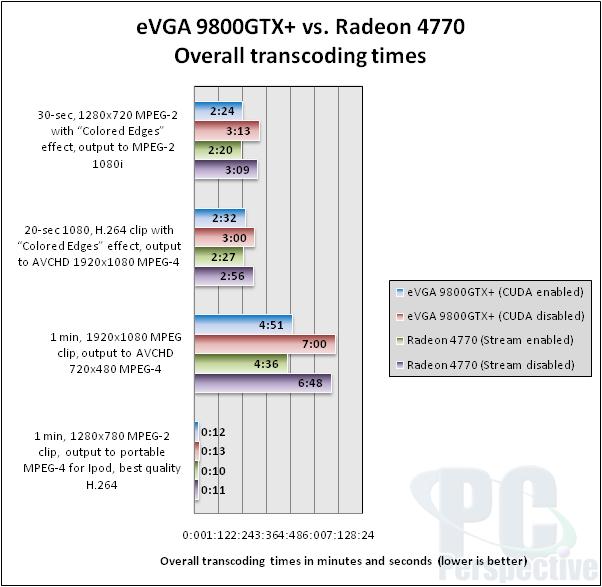 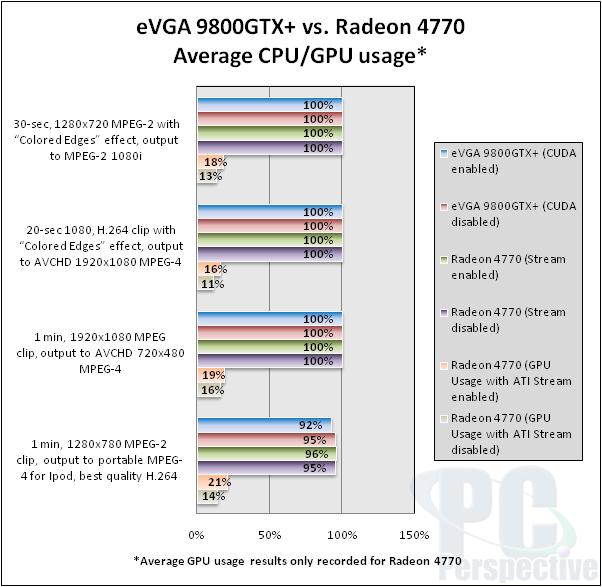 The Radeon 4770 edged out the 9800GTX+ by a few seconds in most of our transcoding times, but was pretty much dead even when we compared CPU usage results. As with our previous dealings with PowerDirector 7, this applications will push the CPU to its limits as each of our CPU usage results pegged out at 100 percent until the last clip was transcoded. This was our only H.264 outputted file so we’ll have to do some research to see what caused this anomaly in CPU usage. We also didn’t notice much difference in how PowerDirector 7 utilized  ATI Stream and CUDA technologies other than GPU acceleration during video effects transcoding. 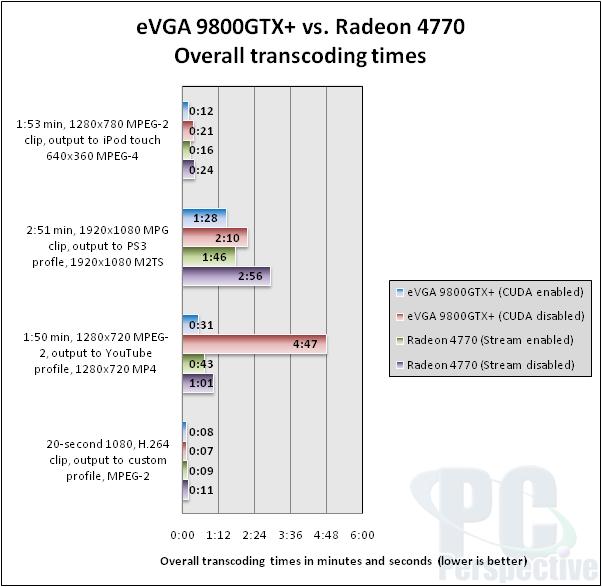 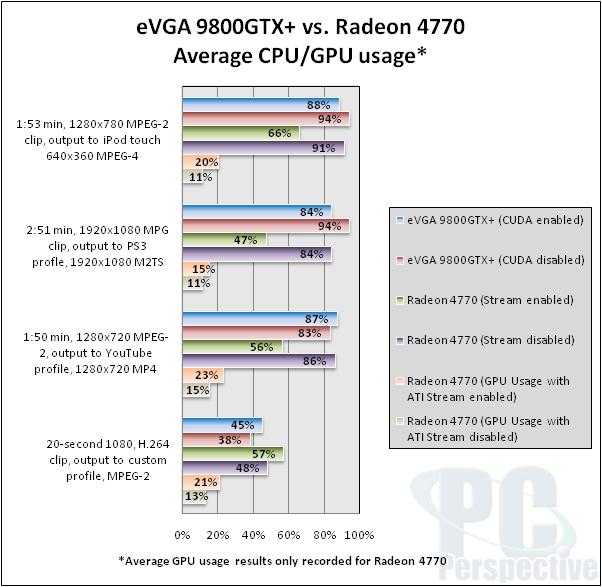 MediaShow Expresso showcased some very fast transcoding times using both of our NVidia and ATI graphics solutions. Enabling either ATI Stream or CUDA provided a decent boost in overall transcoding times, but one of the first real differences I’ve seen between these two GPGPU technologies was their CPU usage results. ATI Stream averaged between 47 to 66 percent, while CUDA had the CPU hovering between 84 to 88 percent when CUDA was enabled. Those differences were noticable in the transcoding scores as ATI’s scores feel behind a bit in a few of the benchmarks for Expresso.

For the Avivo HD benchmark portion of this review, we ran into a few snags that made us adjust our review format a bit. We used a couple different video clips that were compatible with Avivo HD. We also tested Avivo HD against a CPU-based transcoder called Handbrake because we couldn’t use Avivo HD with our 9800GTX+ graphics card due to it being integrated into ATI Catalyst. So, we think pairing two free applications will give our readers a good overview of what is available in the open source community as well as the free offering directly from ATI. 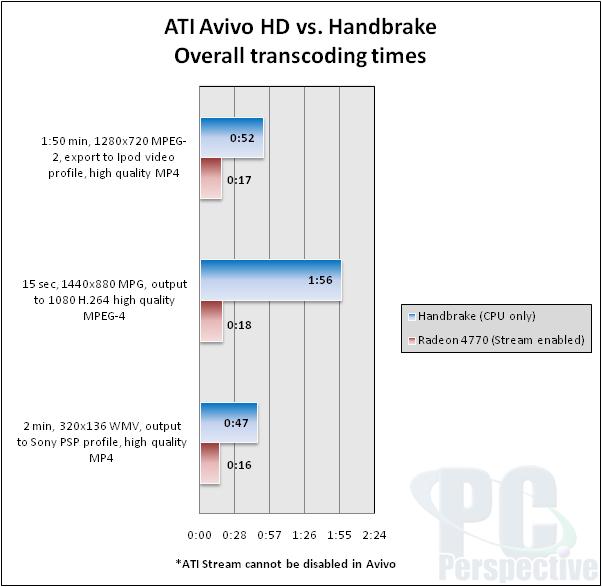 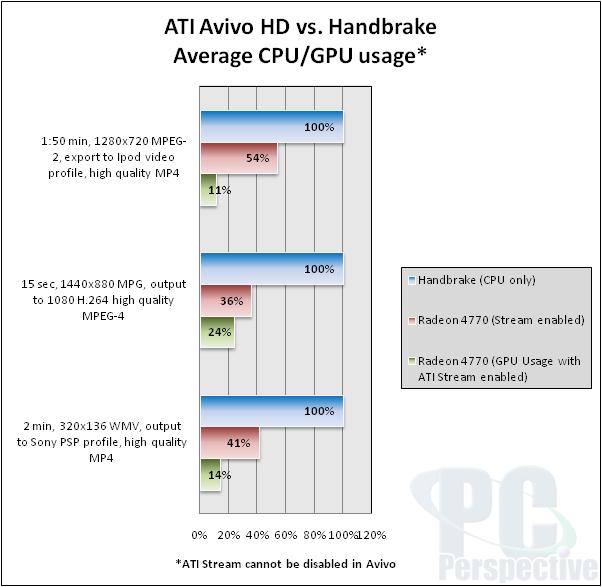 Avivo HD was the hands down winner in all our transcoding benchmarks. Stream’s CPU usage results were also very impressive as it’s highest usage point barely went over 50 percent. This means you could transcode high-definition video and still be able to run other tasks on a user’s system like Photoshop, internet, e-mail, or even possibly watch another movie at the same time. While Avivo HD isn’t packed with tons of features or options for customizing outputted video, our test results suggest that it is an excellent transcoder compared to this popular CPU-based transcoder.

Let’s move on to the second half of our performance testing that deals with the image quality of our outputted videos. 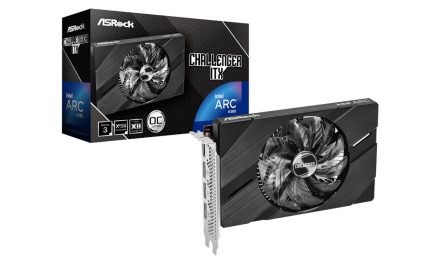 First USA Retail Intel Arc A380 Card is from ASRock, Listed on Newegg