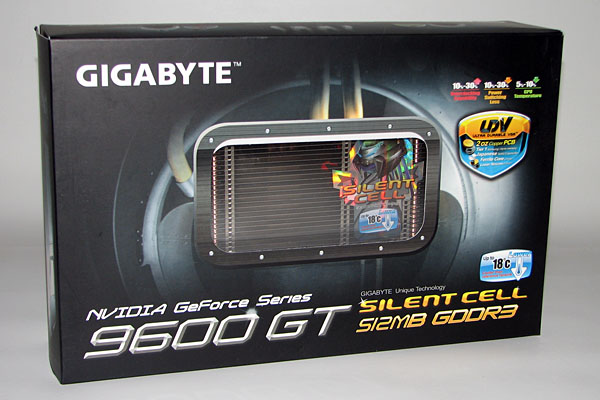 The Gigabyte 9600GT comes packaged in a similar retail box as the GTS 250 we looked at earlier. Their is a medium-size window to see the gigantic heatsink on this card as wel as details on the PCB, available memory, and advertising on the temperature differences users should see with this particular heatsink and video card configuration. 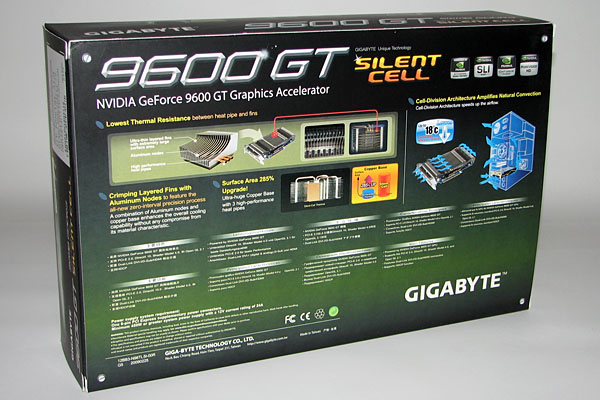 The back panel of the box goes into more detail about the passively-cooled 9600GT. Gigabyte is not only touting this card as a completely silent solution, but also as one that is uniquely designed to bring cool air from the outside of the case over the video card to help further cool the GPU. They also discuss the heatsink base’s surface area being over 200% percent larger than previous versions they have used in the past. 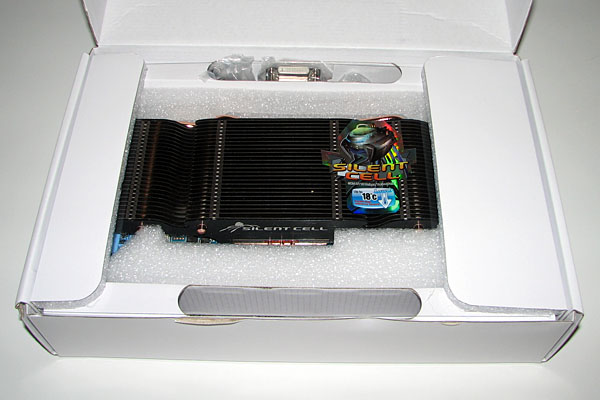 The 9600GT is completely encased in foam and separated from the other accessories that are included with the retail version of this card. Gigabyte left the top open so consumers could get a glimpse of the card through the front window of the retail box. 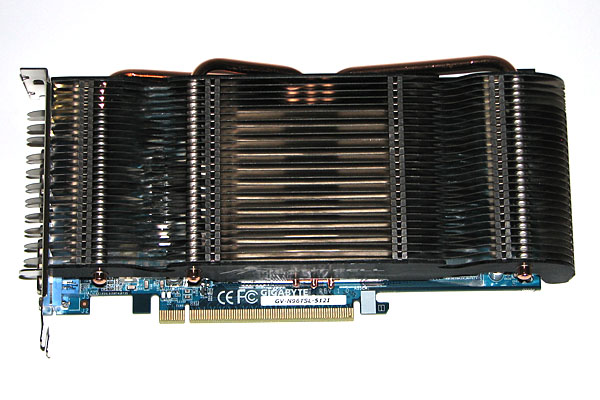 One of the 9600GT’s key selling points for consumers is the custom passive-cooling solution Gigabyte developed for this graphics card. The aluminum fin array wraps around the entire front panel of the card and even protrudes out the back of the case a little bit. This is all part of its design to bring cool air from the outside of the case to help lower the video card’s temps without using a fan. 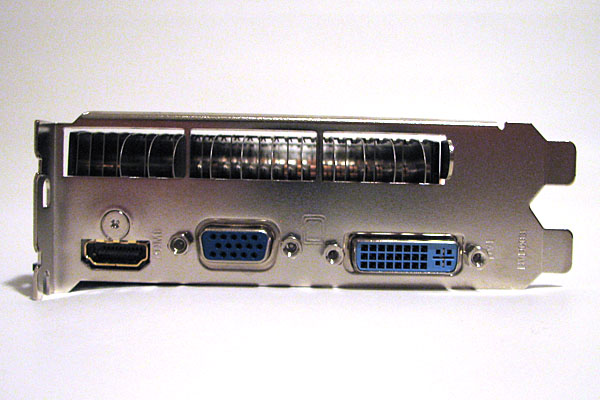 The back I/O panel of the 9600GT includes three display options, HDMI, VGA, and DVI-I. Any two of these solutions can be used in tandem to be used in a dual-display configuration (when you use the included HDMI-to-DVI adapter). The maximum digital resolution this card supports is 2560×1600, which equates to around a 30″ LCD’s native resolution. 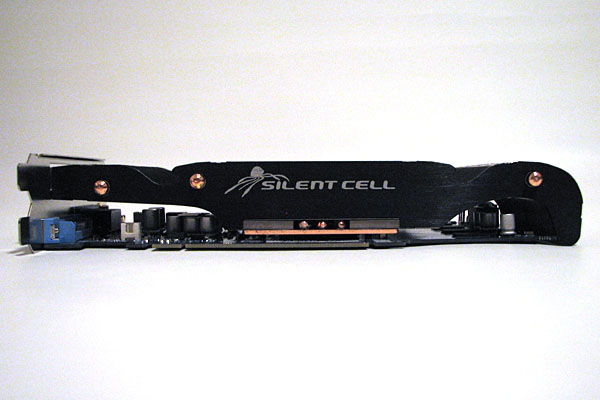 The card has a DVI, D-Sub, and HDMI ports available for using this card on a variety of displays. The on board HDMI port should appeal to multimedia users who like to use HTPCs on high-definition LCDs and even projectors. 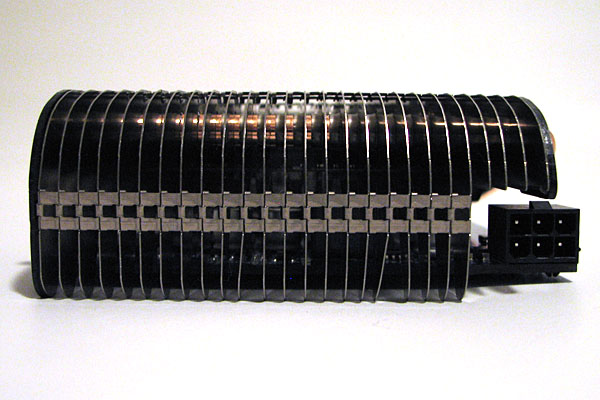 The back panel of the card contains one six-pin power connector and the back portion of the massive passive heatsink. Our readers can barely see one of the copper heatpipes traveling through the top section of the aluminum fin array too. 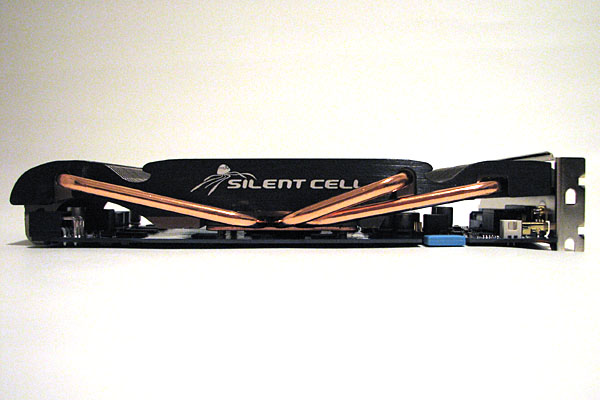 The top of the graphics card shows how the three copper heatpipes are integrated into the aluminum fin array and the copper base. This pic also shows how much room their is for airflow between the card and the heatsink itself. There’s also a two-pin SPDIF header for high-definition audio. 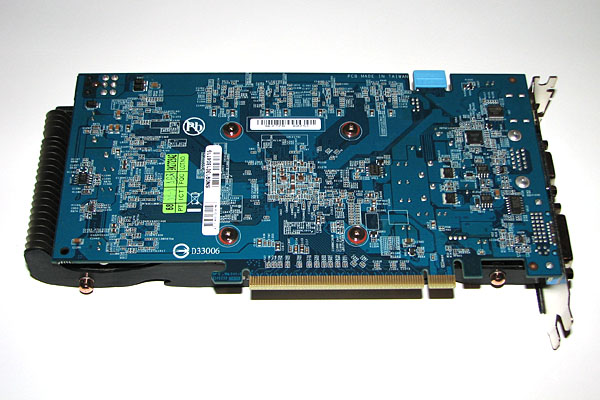 The back of the graphics card is pretty plain. No memory modules or other controllers back here. 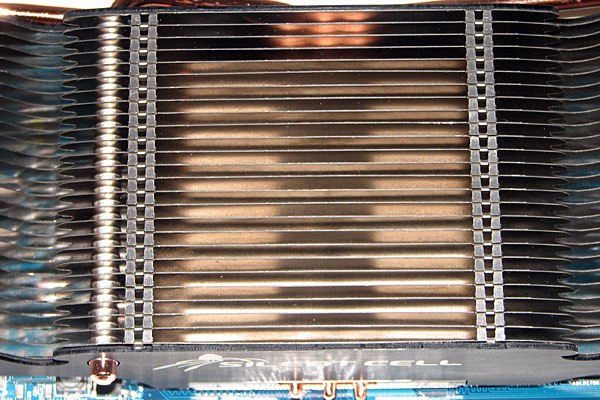 As we look between the aluminum fins we can see the large copper base that Gigabyte uses to connect all the copper heatpipes to cool the 9600GT’s GPU. It’s even easier to see when you look at it upclose too. I don’t think I’ve seen a copper base this large on a GPU before. I’ll have to check the ones we currently have in stock to see if that statement is accurate or not. Stay tuned. 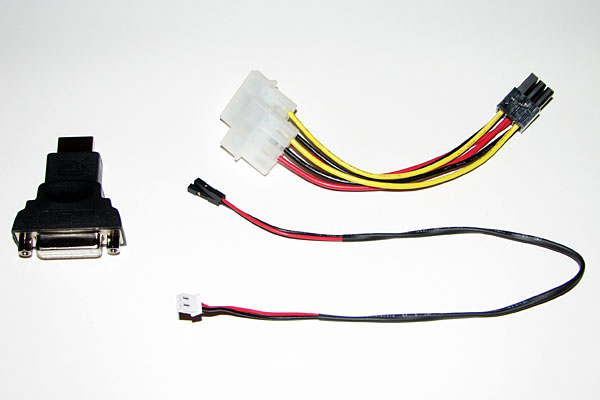 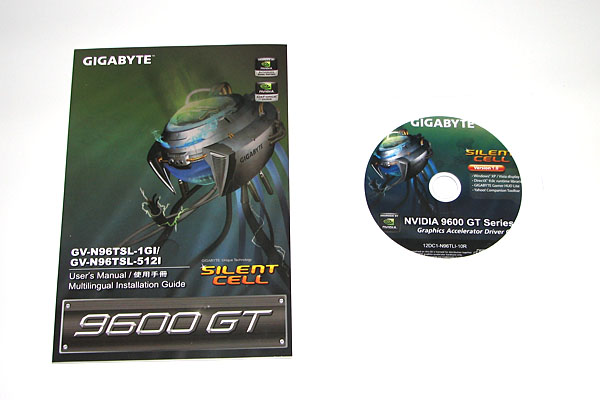 Gigabyte rounded out the entire package by included a user manual and driver CD with the other accessories mentioned above. The 9600GT is the 96 watt version of the graphics card, which can handle a higher GPU clock than the 59-watt version. Aside from the custom passive cooling solution, Gigabyte didn’t venture far from NVIDIA’s reference design. The included accessories is also pretty slim, but I’m sure they helps them keep the cost below $100. Let’s move on to our test system specifications and how we are going to torture both of Gigabyte’s graphics offerings. 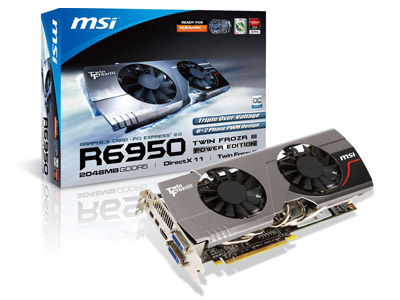