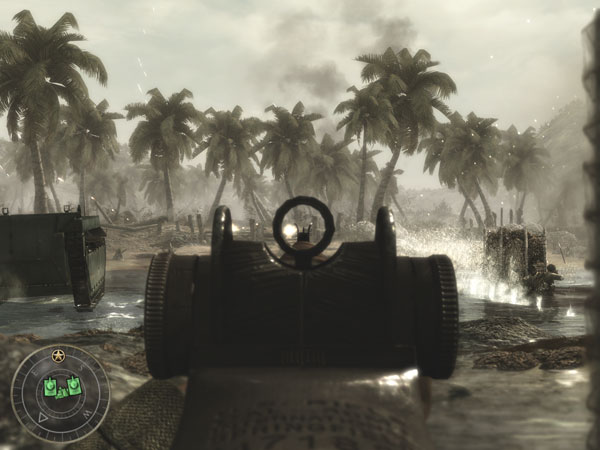 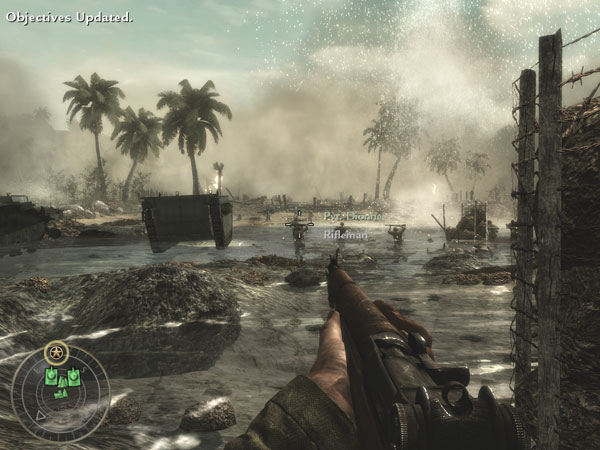 For our testing with CoD: WaW we ran through the first level of the game fighting on Makin Beach while recording in FRAPS to get our frame rate comparisons below.  The game plays almost exactly like CoD 4 (a good thing) so our testing methods were reliable and repeatable. 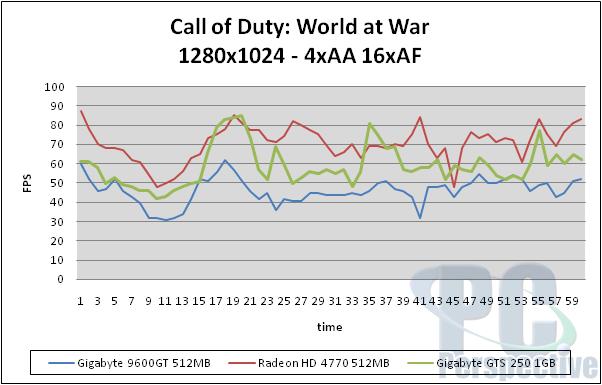 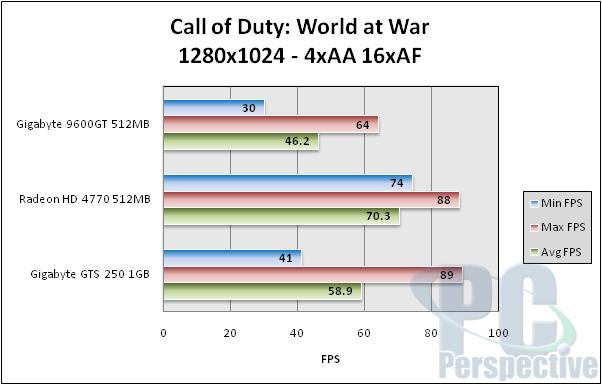 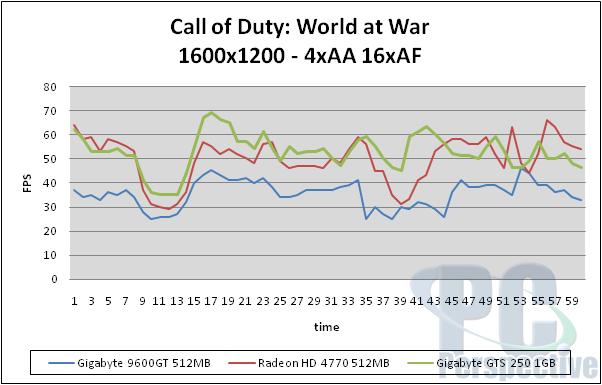 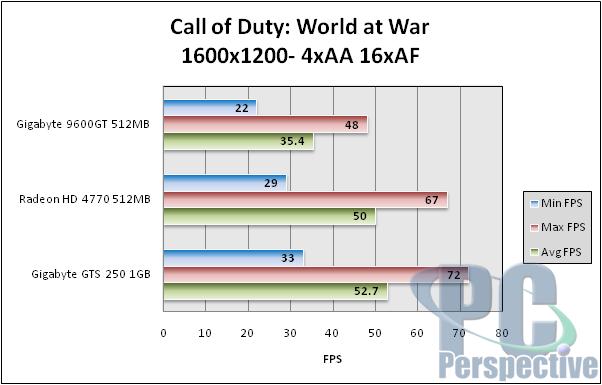 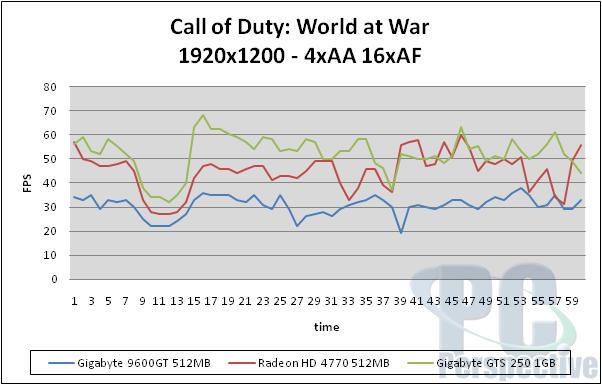 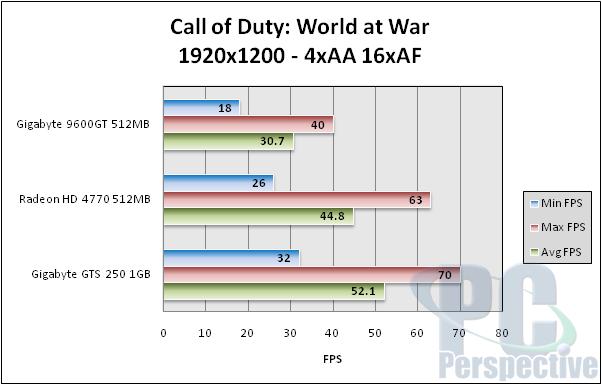 The 9600GT wasn’t too far behind and even averaged 30.7 frames per second in our 1920 benchmark, which barely makes the game playable at these resolutions. Call of Duty isn’t the most GPU-intensive game we have in our benchmark stable, but it is one of the most popular ones we use so many of our readers would like to know which card will give them the best performance for their hard-earned dollars (or other currency for our non-U.S. readers).