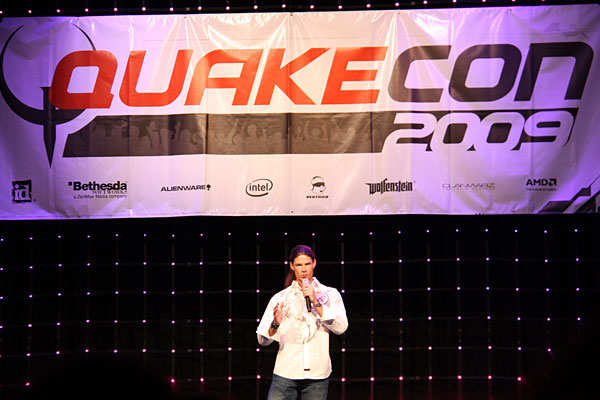 id Software CEO Todd Hollenstead started off Quakecon 2009 by thanking the volunteers, attendees, and sponsors of the event. Hollenstead briefly discussed Activision’s new Wolfenstein game that’s due to arrive in stores on Aug. 18. Another key issue he talked about was ZeniMax Media Inc., the parent company of noted game publisher Bethesda Softworks, who recently acquired id Software. He discussed how this partnership was going to work as well as some of the benefits of being under the ZeniMax Media umbrella. 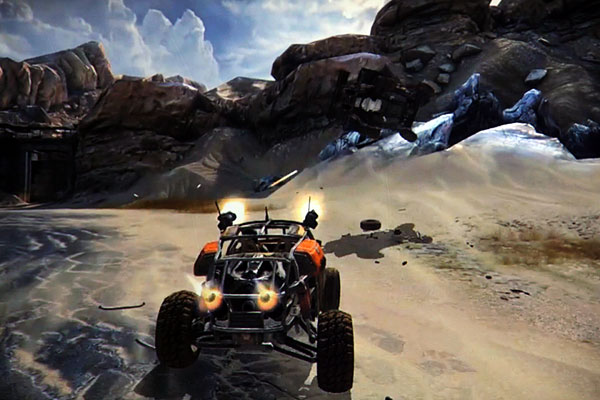 One of the highlights of the kick-off event was seeing a new demo of id Software’s upcoming FPS-Racing game called RAGE that is built on the company’s new id Tech 5 engine. This game was initially introduced to the public in 2007, so everyone at the event was eager to see what progress id Software has made to the game. The textures, landscape, and other environments throughout the demo were breathtaking. 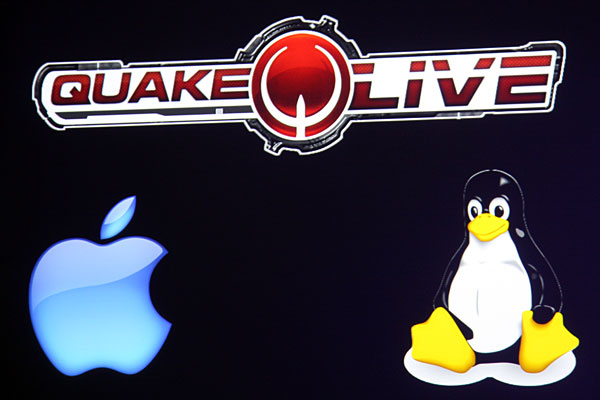 Hollenstead also talked about the achievements id Software has made in regards to Quake Live. As the photo shows above, this title is compatible with not only Windows platforms, but Apple and Linux too. Many gamers have been discouraged in the past because their favorite games were not compatible on anything other than Windows-based systems. 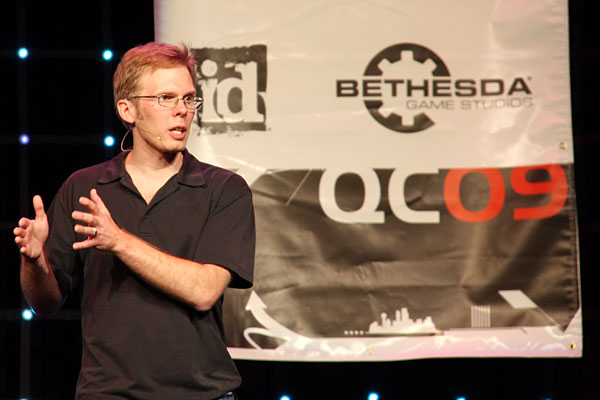 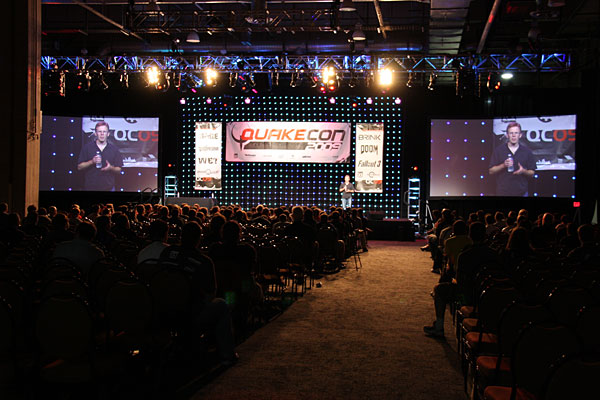 Carmack also talked about their upcoming FPS game called Rage, which he labeled as a “people game”. Unlike previous id Software games that focused on monsters, Carmack said they are working hard to design real people who interact with the gamers in an FPS environment. He also commented on the steps id Software has taken to get their titles ported over to the Apple iPhone mobile gaming market. Carmack also stated that the source code for Wolfenstein: Enemy Territory is almost ready to be released and just needs approval from ZeniMax. The release of the Doom III source code will most likely happen sometime after the release of Rage, again pending ZeniMax approval.