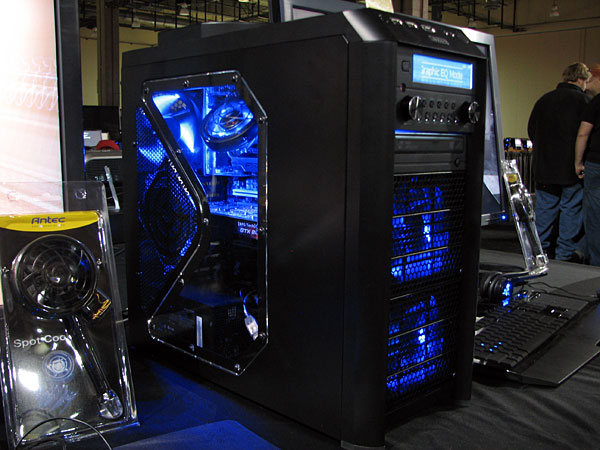 The first case that caught our eye from the Antec booth was their high-end Nine Hundred Two ultimate gaming case. This is the second revision of their original Nine Hundred case, which was very popular with the budget gamer crowd. This edition has larger honeycomb fan guards that provide better air flow than the original Nine Hundred. The left-side window was also modified to accomodate one 80mm fan to add another airflow option for consumers. 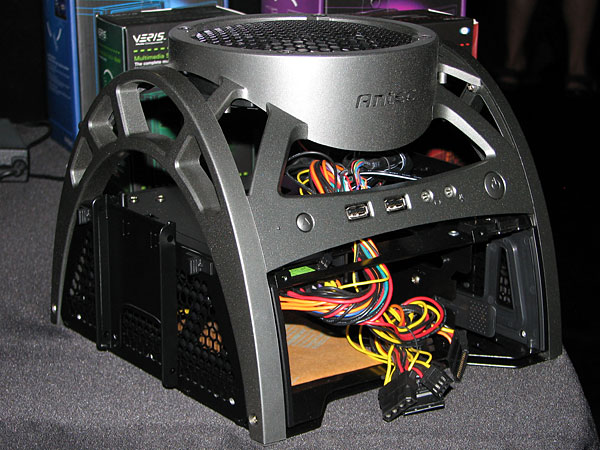 This mini Skeleton case was initially introduced earlier this year at the Consumer Electronics Show and it is still a crowd pleaser for its unique open-air design and movable motherboard tray. The three-speed 150mm blue LED fan is also one of the key design features that turns heads at LAN parties and other gaming events. 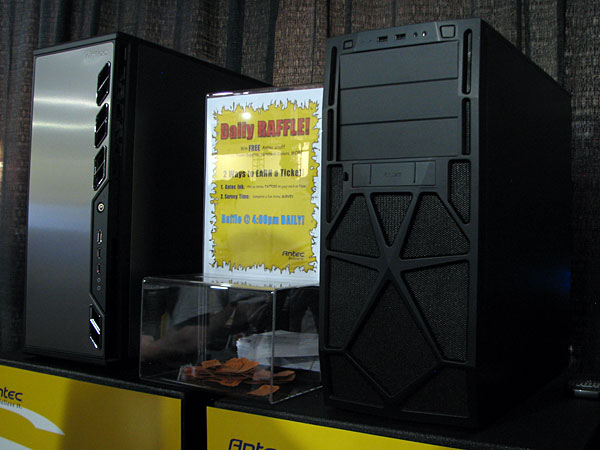 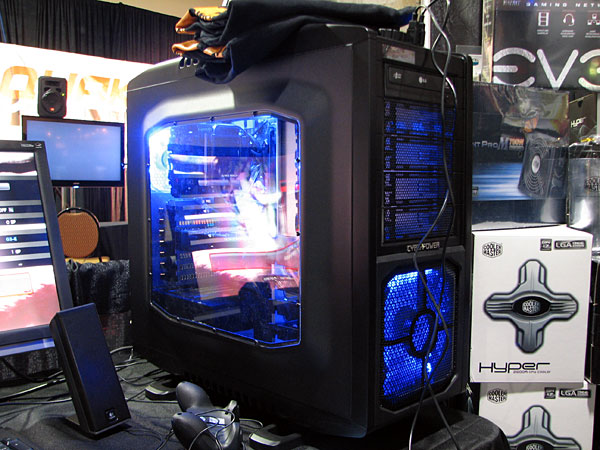 Coolermaster and Cyberpower teamed up to turn this Storm Sniper case into a high performance, gaming beast. Cyberpower installed a high-end Intel X58 system in this gaming rig to showcase on this partnership will work to the consumer’s benefit. 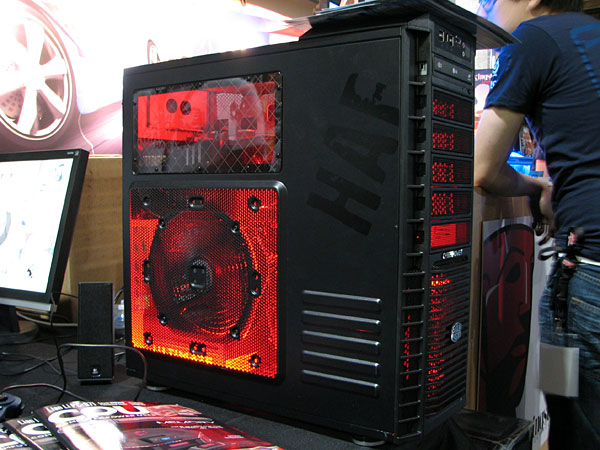 Cooler Master’s HAF full-tower case has a custom-case feel to it and uses many features people see on typical military vehicles and aircraft. The black-matte finish also follows the overall theme and matches beautifully with all the mesh and red LEDs used in this case. It’s $139.99 price tag puts it squarely in the mid-range user’s budget 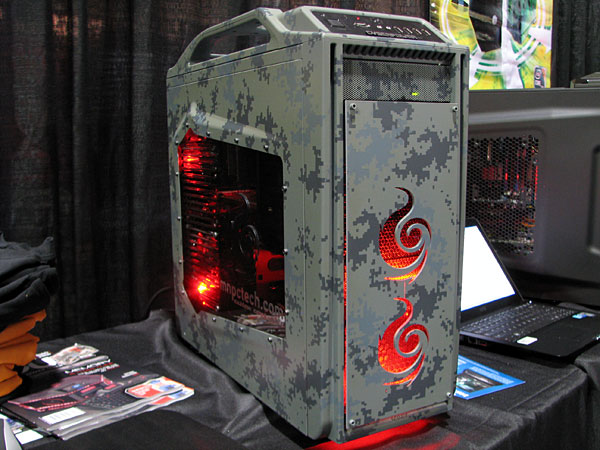 This custom Cooler Master Storm Scout was modded by Bill Owen at MNPCTech.com. It has uses shades of grey and green to create a pixelated miltary pattern effect that works well with the red LEDs and honeycomb modder’s mesh behind the custom flames on the door of the case. The original Storm Scout sells for $89.99, which is a steal for a case with these features and options. 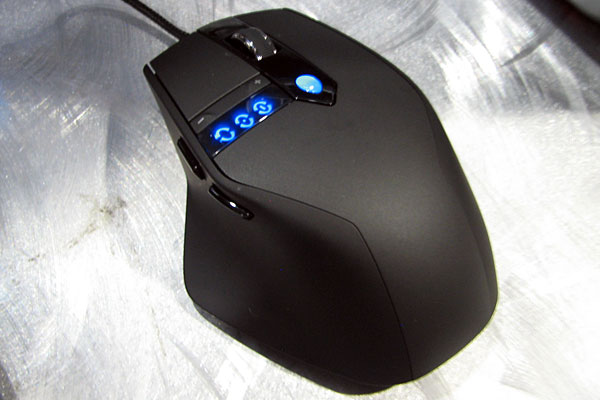 Last, but certainly not least, we stopped by Alienware’s booth where people were gaming on Antec’s newest gaming laptops as well as some new peripherals that aren’t available to the public yet. This mouse is, like the keyboard below, is presumably the result of a collaboration between Alienware and one of the world’s leading peripherals manufacturers, Logitech. This mouse’s sensor operates from 3000-5000 DPI anduses a patented Logitech “MicroGear” scroll wheel that switches between superfast and precise scrolling. 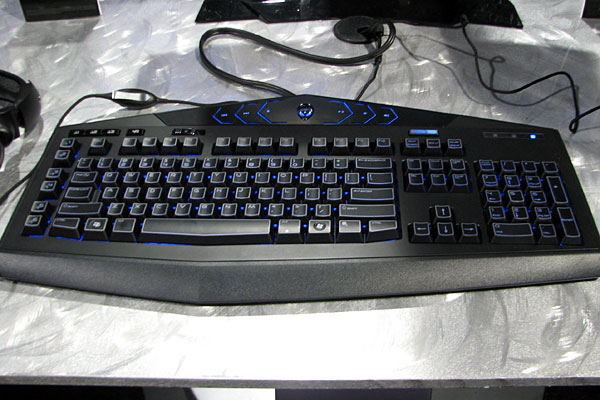 Here’s a quick shot of the new Alienware keyboard with blue LEDs illuminating all the keys. There are six programmable keys on the left side of the keyboard as well as three switchable profiles and a slider for disabling the keyboard’s backlighting. Alienware wasn’t able to say when these products will be available for sale yet.