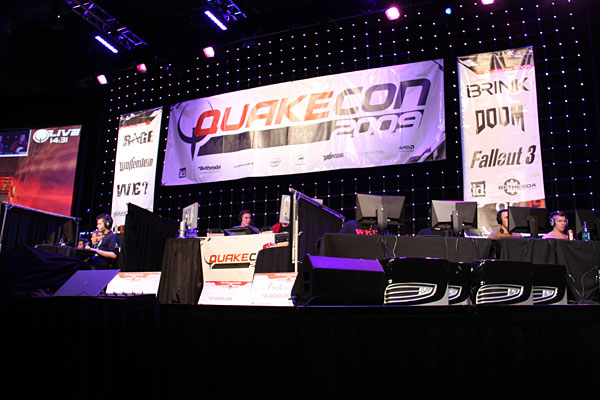 The “grand finale” of Quakecon 2009 had to be the Quake Live tournament finals that pitted some of the best gamers in the world against each other for huge cash prizes. One of the first tournament finals of the night featured WhoRunIt versus Evil Geniuses in a 4 vs. 4 capture the flag match to take the championship and the $12,000 first place prize. 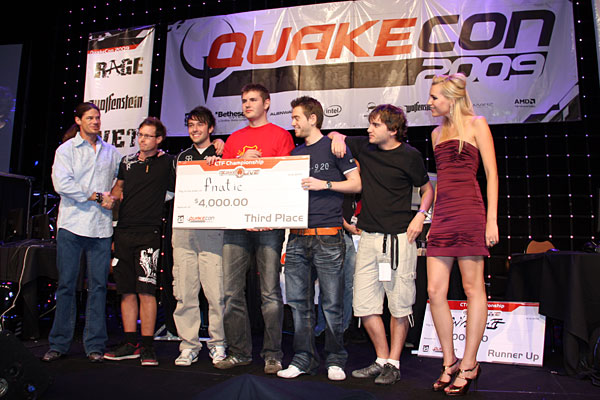 fnatic took third place in the 4 vs. 4 capture the flag match earlier in the tournament, but received their check for $4,000 clams after the final match. 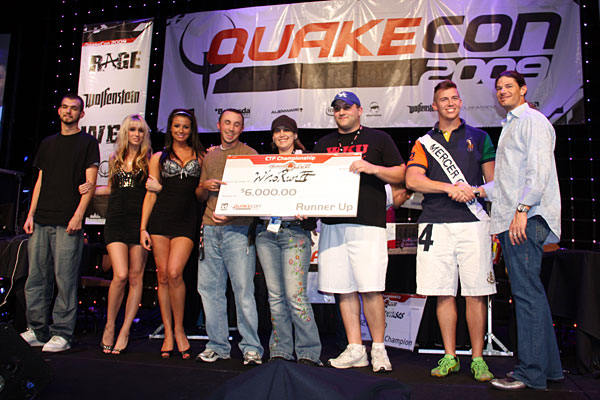 WhoRunIt made a valliant run to dethrown EG, but unfortunately didn’t have enough offense to overcome EG’s defense so they took home second place and $6,000 for their efforts. 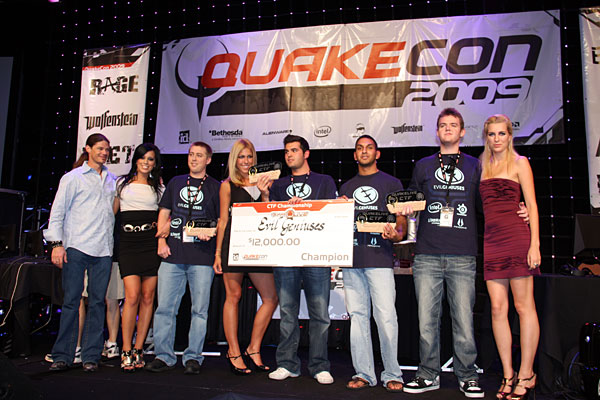 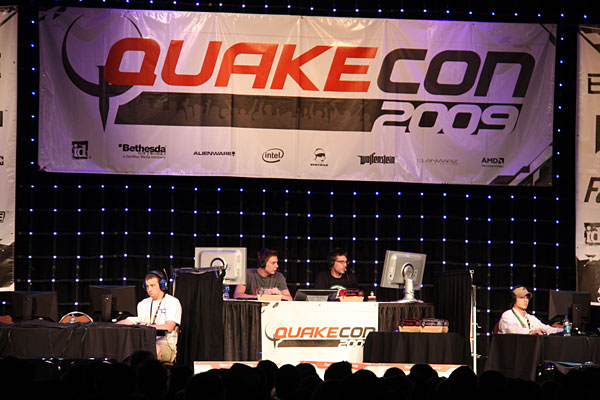 In the second final match, Quakecon’s first Quake Live open tournament showcased Jeff “Flysher” Heakes (on left) against Nelson “Hardup” Maxson. The two battled it out well, but in the end Flysher took home the top prize in the open tourney. 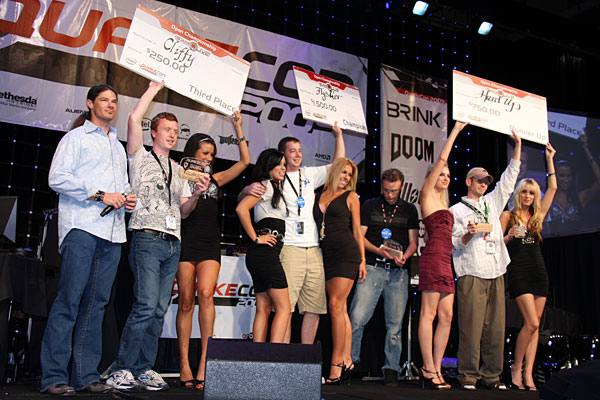 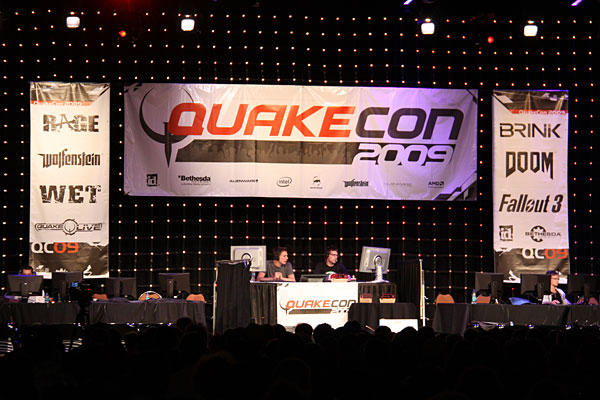 The last match of the evening pitted two pro gamers against one another in the Quake Live Masters Championship. This final match went to five games as both Shane “Rapha” Hendrixson and Sebastian “Spart1e” Siira duked it out until Rapha took home the trophy with a decisive win in the fifth match. 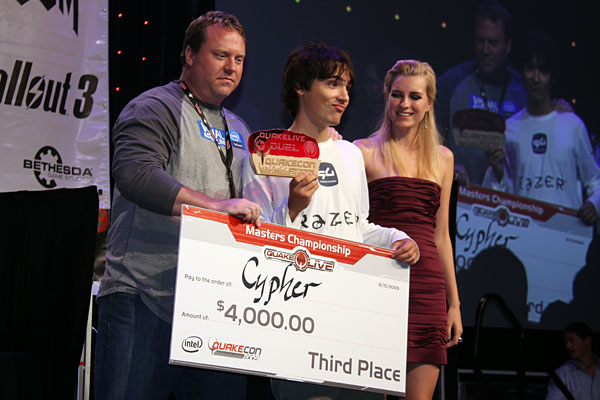 The third place winner in the masters tournament was Alexei “Cypher” Yauusheusui who pocketed $4,000 this year. 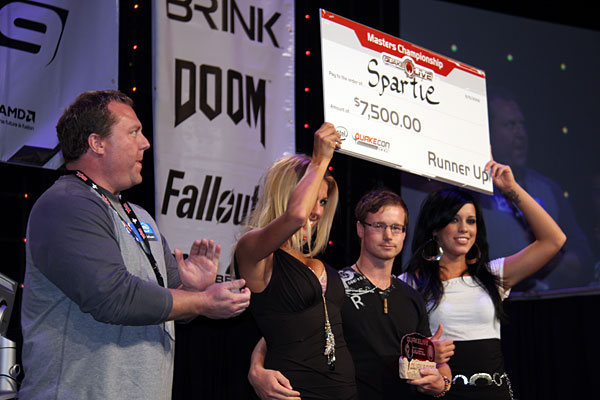 Spartie held his own in the masters tournament and snagged $7,500 and second place in the event. His match against Rapha was by far the best finals match of the night. 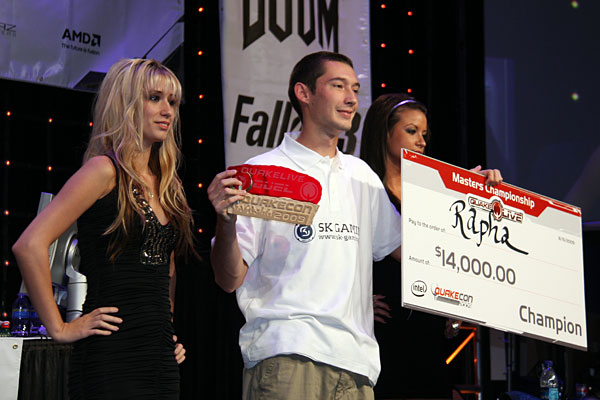 Last, but not least, Rapha earned $14,000 for taking home the gold in the Quake Live masters tournament. With this one under his belt, Rapha was named the #1 player in the world by G7.

Computex isn’t the only show going on right now