I know that a lot of you are very eager to get all the information you can about AMD’s upcoming graphics card as well as the AMD Eyefinity multi-monitor gaming technology.  Well as I was sitting here this evening, I decided to share some of the videos I had been creating for our upcoming review since they are no longer under NDA.

Modern graphics cards are currently limited to two displays (with only a very few notable exceptions) and are basically standardized on a pair of dual-link DVI outputs that support resolutions as high as 2560×1600.  There are limitations to that technology though in that DVI requires a lot of pint outputs from the GPU and dedicated clocking hardware for each display.  That takes up unnecessary die space and board area and has made the move to more than two displays per card a difficult one.  The new DisplayPort standard greatly helps in this regard as it uses the same number of IO pins that single-link DVI port uses to run at full 2560×1600 resolution panel without the need for dedicated clock signals for each display. 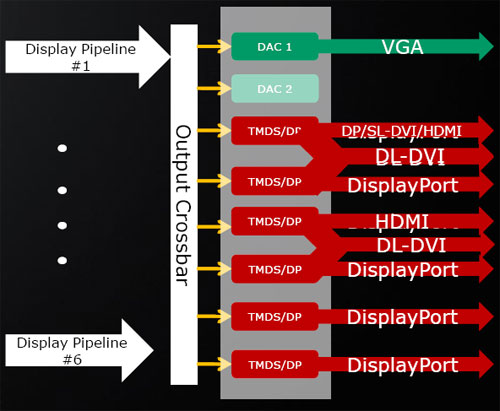 
This technology shift allowed AMD to create a new class of GPU that will support at three displays per graphics card and will eventually add a 6-display option to its ranks.  Not only does this add to the already well documented benefits of multiple displays from a productivity perspective, but AMD has added in something unique for the gamers out there: super-high resolution multi-monitor gaming.  Imagine the option of being able to combine 6 30″ displays in a 3×2 configuration to create a 7680×3200 “screen” (24.6 MPixels!!) for gaming purposes!  That is the equivalent of about a 70″ diagonal display!

I will have a lot more detail on Eyefinity in my upcoming Radeon HD 5870 review, but for now, about a preview of how Eyefinity looks and feels in some short videos!


As you can see, with Far Cry 2, Eyefinity isn’t always 100% compatible with existing software but AMD is working to get to as many of the pertinent gaming titles qualified as possible, as quickly as possible. 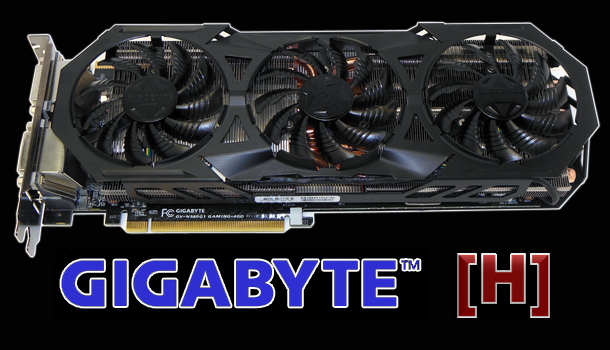