While it was announced on the same day as the HD 5870, the Radeon HD 5850 wasn’t available immediately and thus AMD held off on sampling and reviews of the lower cost Evergreen part until today.  Coming in at $120 less than the HD 5870, we obviously will expect some performance drop but the real question will be how it stands up to the GTX 285 and GTX 275 cards from NVIDIA that are its primary competition. 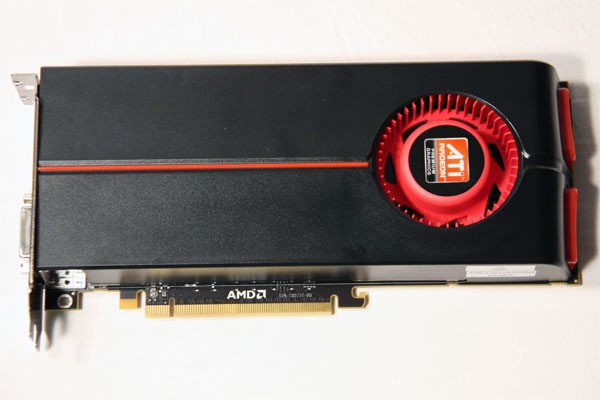 The Radeon HD 5850 1GB Reference card looks almost identical to the Radeon HD 5870 but in actuality it is just a bit shorter in length.  Users that were concerned about the 10.5-in length of the HD 5870 will find this form factor to be more in line with expectations. 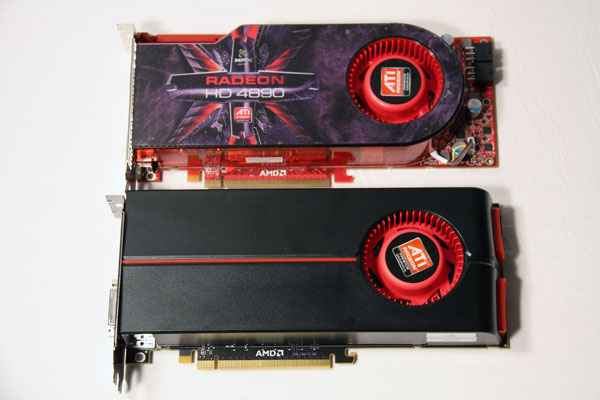 You can see when resting next to a reference-based Radeon HD 4890, the new HD 5850 matches up nicely. 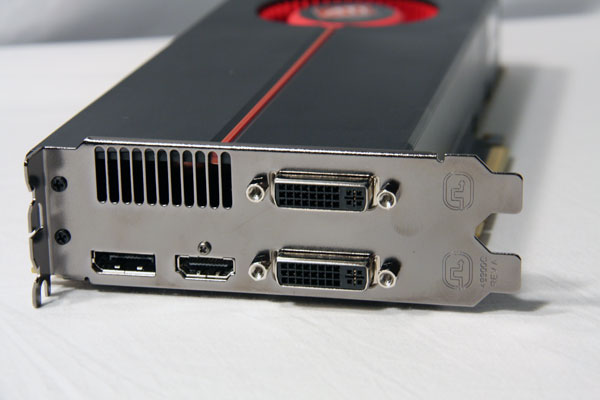 Just as with the HD 5870, the HD 5850 supports two dual-link DVI outputs, an HDMI 1.3 connection and one DisplayPort connection.  You can use any three of these connections at any given time so either triple-head productivity or gaming can be in your future with this performance-level graphics card. 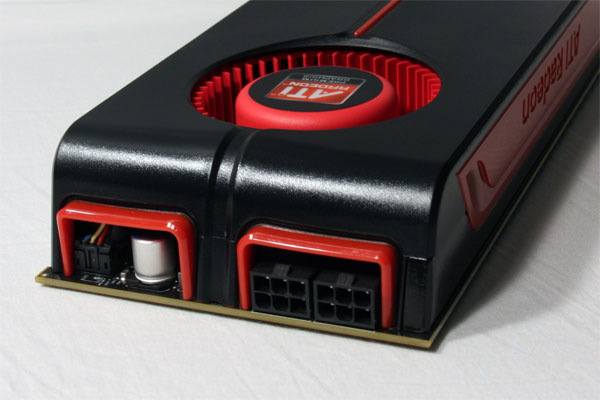 One difference between the HD 5850 and the HD 5870 is the placement of the power connections – here you can see the HD 5850 actually has them located in one of the rear “gills” of the card; further proof that they were purely for aesthetic differentiation in the HD 5870.  The fact that the card still requires a pair of the 6-pin power connections is a bit of a concern as I expect cards at this price level (about $259) to be more power conservative – but I’ll reserve judgment until we see overall gaming performance. 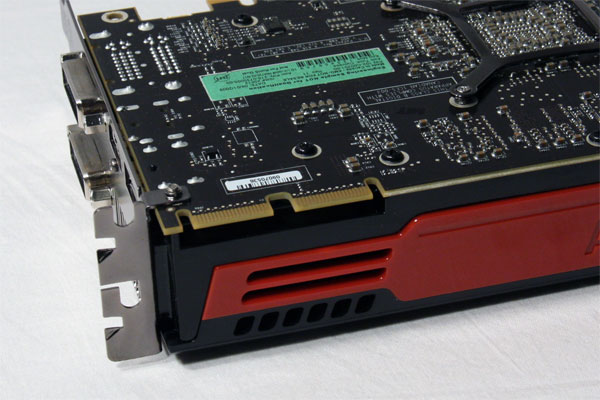 The Radeon HD 5850 still will allow you to connect as many as 4 GPUs together in CrossFireX mode – though with dual-slot configurations it’s hard to see past getting three cards in a single system.  Expect to see triple-GPU testing from us very soon.