It had been quite a long time since we took the time to completely revamp our GPU test bed and with both this AMD release and the pending NVIDIA technology shift we thought it provided a good chance to do so.  Not only that, but the move to Windows 7 also seemed to make sense as I think it will quickly become the OS of choice for gamers.  Of course the success we had using Windows 7 on our CPU testbed for the recent Intel Lynnfield CPU launch didn’t hurt matters either as the OS proved to be stable and to perform very well.

The hardware itself remained mostly unchanged though I did decide to upgrade the Core i7-920 CPU to the Core i7-965 just to keep things moving.  The motherboard is the X58+nForce 200 based ASUS P6T6 WS Revolution motherboard that has support for four full PCIe 2.0 x16 slots and we load it with 6GB of DDR3 memory running at 1333 MHz.

The gaming titles are ones that I decided best reflected the direction that PC games are going for the next year or so.  We kept both Far Cry 2 and World in Conflict in the mix because of their popularity and benchmarking prowess but then added in a trio of new titles.  Tom Clancy’s H.A.W.X turned out to be a very impressive gaming both in terms of visual quality and technology working behind the scene.  Both Batman: Arkham Asylum and Resident Evil 5 are brand new games, released within weeks of this article and very impressive games from a graphical stand point.  (Side note: you should really be playing Batman…)

Our testing will be broken up into a couple of different sections including single-GPU and HD 5850 CrossFire results.

Nearly 5.5 TFLOPS of processing power is nice to have around the house.


Our testing configuration for the HD 5850 benchmarking was identical to that of the previous Radeon HD 5870 review but added the GTX 275 into the mix as well for another price and performance data point.  With the price of the new Radeon HD 5850 set at $259, that puts it in a very interesting spot between the likes of the GeForce GTX 285 and the GeForce GTX 275 and we will be curious how NVIDIA will have to respond after seeing these results.

Above is a quick reference table that looks at the speeds of most of today’s relevant graphics cards including the new HD 5870 and HD 5850 cards up top.  While these are nice numbers to reflect on (1600 shader processors is unreal), they can also be deceiving.  Just because the GTX 285 has 6x fewer SPs doesn’t mean it will be slower necessarily at all due to architectural differences.  That is, after all, why we run the tests.
Now let’s dive into our performance benchmarks. 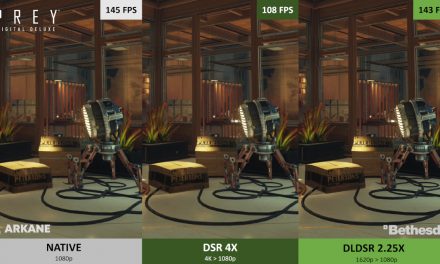