The fifth installment of the incredibly popular survival horror game has finally come to the PC and is more impressive looking than ever. 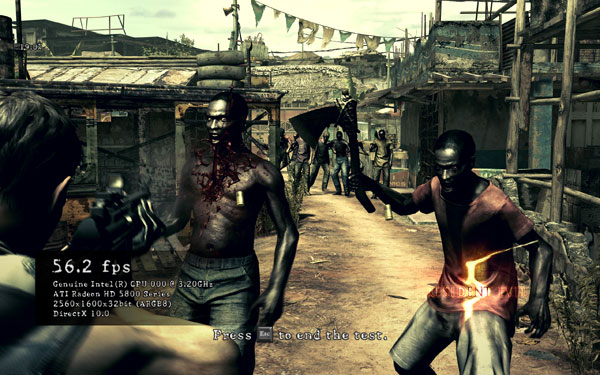 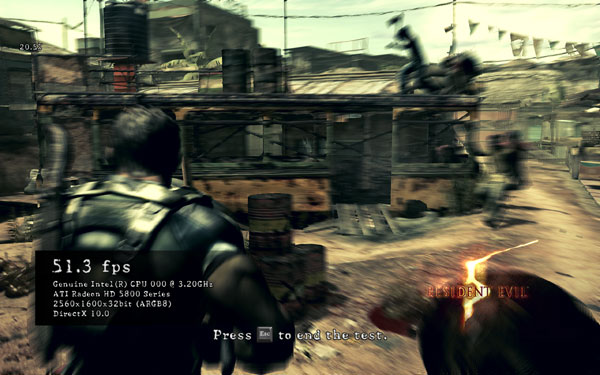 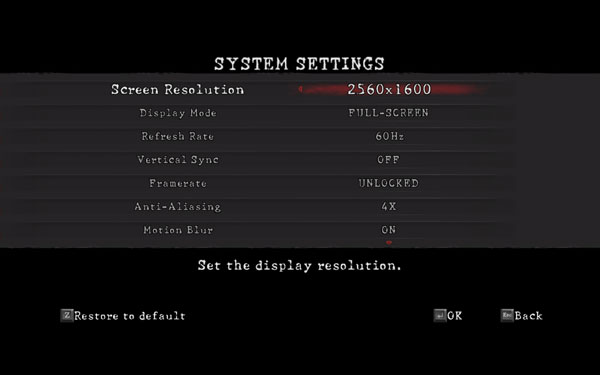 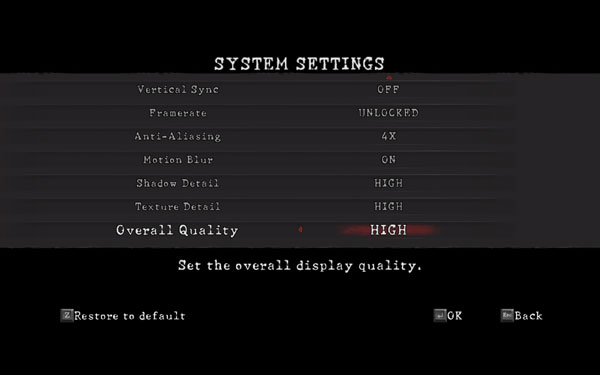 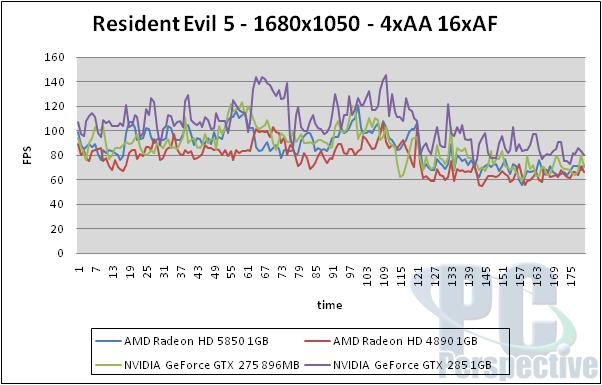 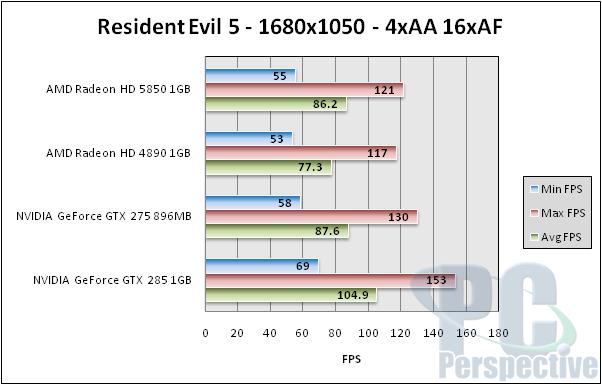 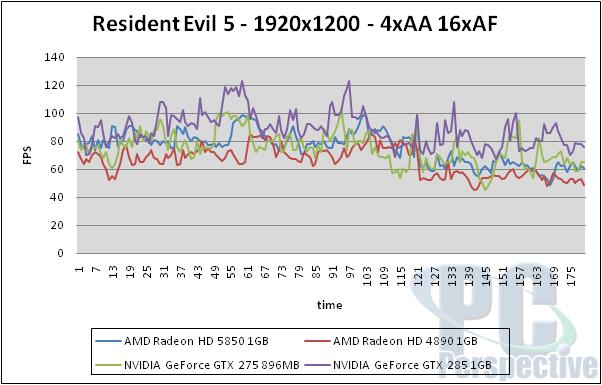 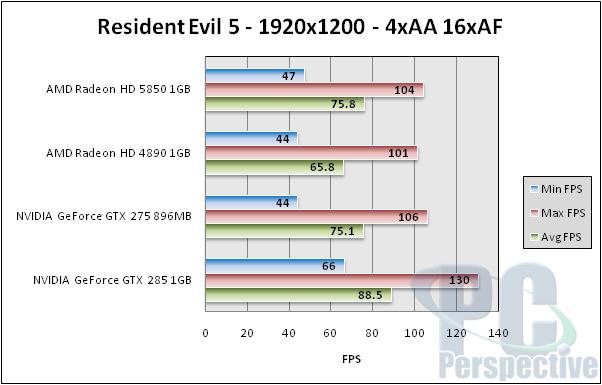 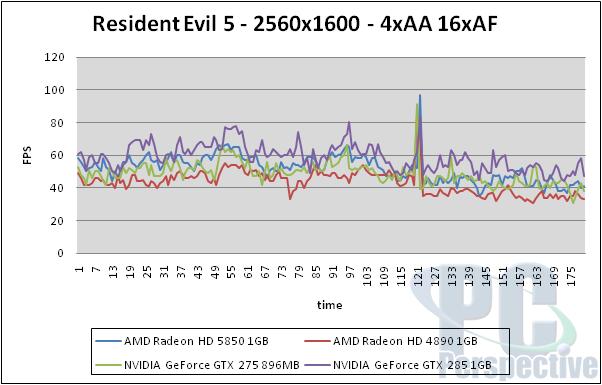 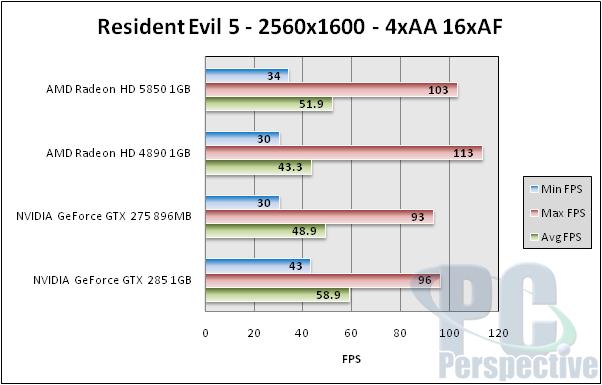 In a somewhat similar fashion to the HAWX results, the Radeon HD 5850 isn’t able to really compete with the GTX 285 until the very highest resolution but is instead more in line with the GTX 275.  The HD 5850 does hold a nice 20% performance advantage on the HD 4890 though. 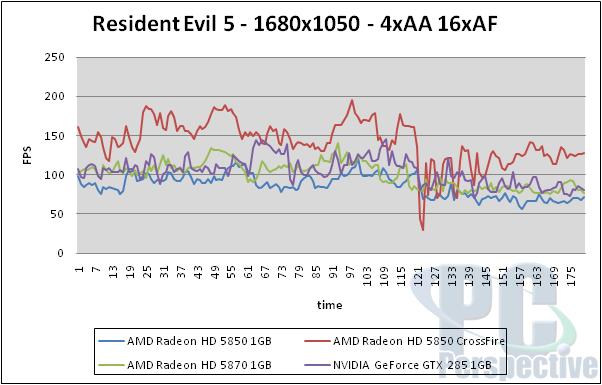 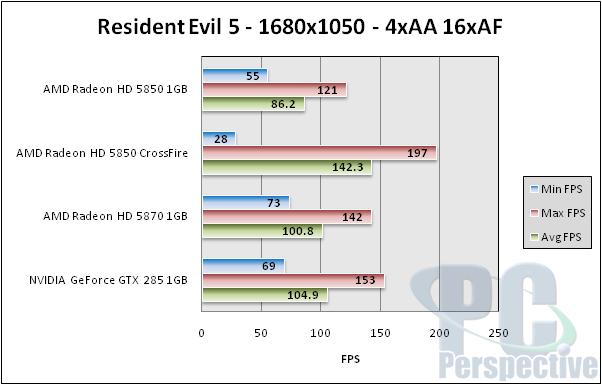 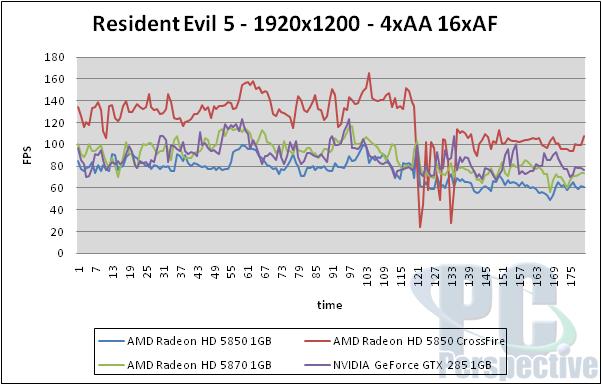 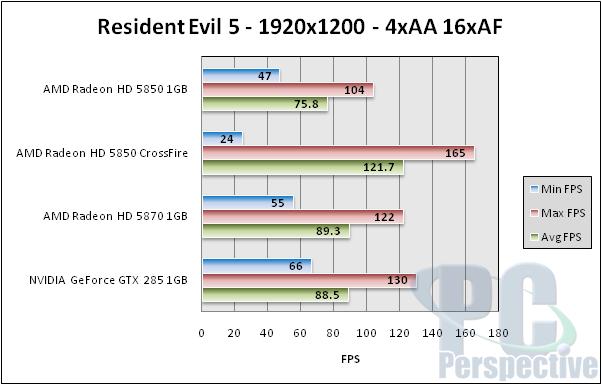 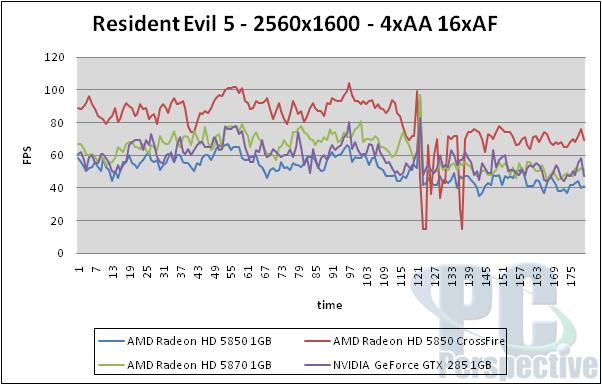 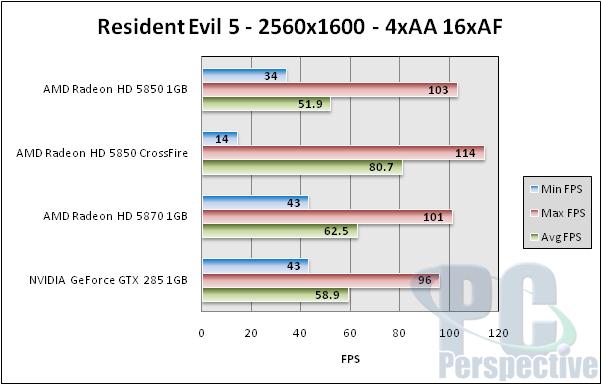 Performance scaling with CrossFire on Resident Evil 5 isn’t as impressive as on the other tests we have seen thus far but is still doing pretty well with a 55% boost at 2560×1600.  Unfortunately the HD 5850s have same issue the HD 5870s had in a noticeable drop in frame rate at very specific moments in the game (see the dips around 121s).

Resident Evil 5 basically didn’t work at all in our AMD Eyefinity testing – the resolution just didn’t scale correctly.  We also discuss a few other titles we played with that had issues with Eyefinity in this video: