Intel’s Lynnfield processors have been getting a lot of attention recently but one SKU left out of the parade has been the Core i7-860. Coming in just a bit higher than the Core i5-750, the i7-860 adds support for HyperThreading technology and thus should see noticeable improvements in certain applications. We take the new CPU for a spin in our benchmark suite and judge it on performance-per-watt and performance-per-dollar.

Last week Intel’s latest addition to its arsenal of desktop processors was released in the form of the Core i7 and Core i5 series’ for the LGA1156 socket.  These new cores, previously known as Lynnfield (and we will still call it as much throughout our reviews), differ from the previously available Bloomfield processors (only available as Core i7 CPUs for the LGA1366 socket) in a few ways:
I won’t get into all of the architectural or product differences here, but if you are still a bit behind the curve in that regard you should definitely be checking out the previous Lynnfield launch review in which I go into great detail about all things new and old in the processor, motherboard chipset options, pricing and more. 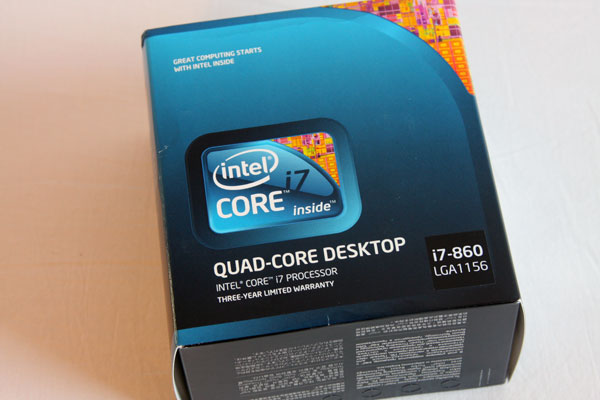 Some of the most immediate feedback from my first article was the question “what about the Core i7-860 processor?”  The first answer was that Intel just didn’t sample those to us – but no worries, we took care of it.  I ordered a retail version of the Core i7-860 online just a few hours after my review was published and following a short trip out to visit AMD to talk GPUs, I proceeded to run the CPU through the benchmarking gauntlet. 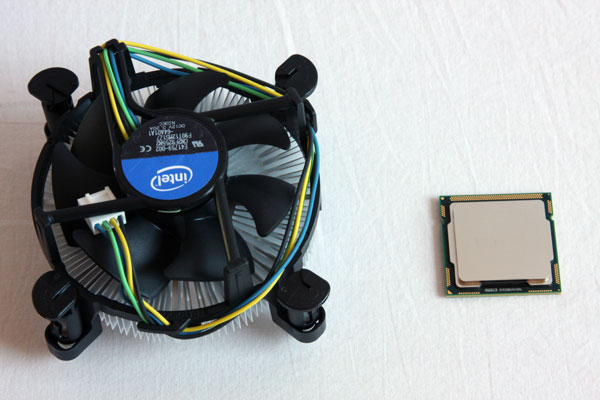 The retail packaging for the Core i7/i5 Lynnfield processors is basically the same as previous CPUs from Intel in recent memory and in the box you’ll get the stock heatsink, the processor and some basic warranty information with a sticker on the back so you declare your fan-ship to the Intel brand. 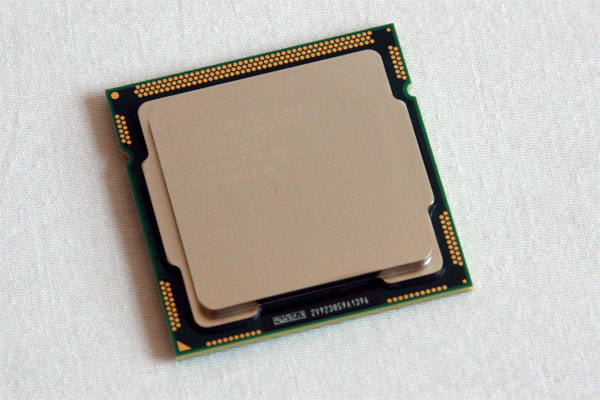 As we discussed last week, the Core i7/i5/Lynnfield CPUs are based on the LGA1156 socket and will require you to have a motherboard based on the new P55 chipset to run.

As with all Lynnfield CPUs, the Core i7-860 runs at just 1.2 GHz when at idle with the EIST features enabled.

This is the maximum speed of the Core i7-860 with Turbo Mode enabled.


While we already tested the Core i7-870 and Core i5-750 processors, the Core i7-860 finds itself resting directly in the middle of those two parts in terms of clock speeds and Turbo Mode overclocking.

This table, taken from our initial Lynnfield review, shows us that while the base clock of the Core i7-860 runs at 2.80 GHz it can reach as high as 3.46 GHz depending on CPU utilization and thermals.  In my testing, just as with the other Lynnfield parts, there was a very easy formula you could follow.  The CPU would hit the 3.46 GHz mark whenever one to four threads were at work and would always run at least at 3.06 GHz and would step up to 3.33 GHz when fewer than 6 threads were at work in some cases.  In general, we assumed a 3.06 GHz clock speed on a fully loaded system and a 3.46 GHz speed when otherwise crunching on single and lightly-threaded applications.

These results are basically one stepping (133 MHz) below those of the Core i7-870 processor – a difference made more manageable when you consider the nearly 2x price gap between the two CPUs.  In fact, that price point of $285 or so is exactly why our readers demanded we test it in comparison to the Core i7-870 and i5-750…