Okay, time for one more side trip before coming down the home stretch – let’s take a look at the clock-for-clock performance of the major architectures at work here: Lynnfield, Nehalem, Core 2, Phenom II.  To run this test all I did was take one of each of the CPU types and clock it at 2.67 GHz (if it wasn’t already) and turned off any power features including SpeedStep, Turbo Mode and even AMD’s Cool n’ Quiet technology.  That forced these benchmarks to run at a static speed just so we could play this game of architectural efficiency.

What this would allow us to do, in theory, is see how much of an advantage architectural differences like a third memory channel or IPC enhancements make in comparison to other CPU offerings.

(Note that I tested Lynnfield both with and without HyperThreading at 2.67 GHz.) 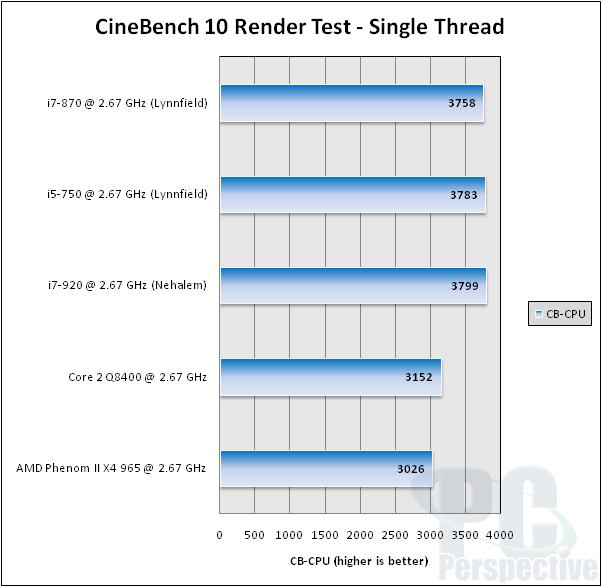 Lynnfield and Nehalem are dead even here indicating little to no gains from that extra memory channel.  Both Core 2 and the Phenom II architectures are well behind. 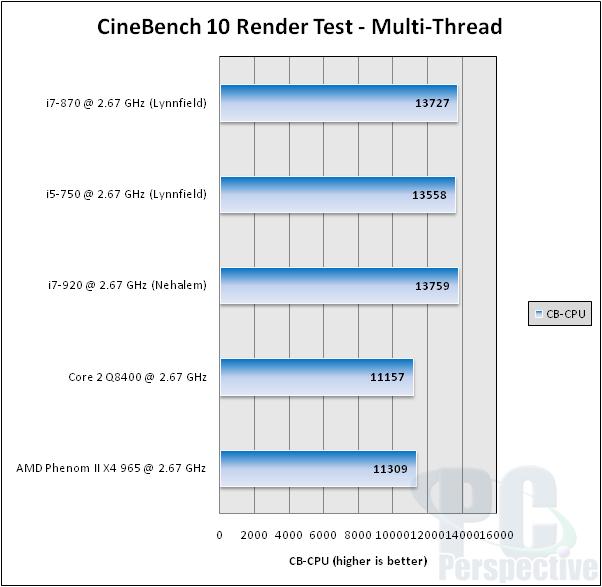 When we take into account the multi-threaded nature of the benchmark the results stay pretty much the same for Lynnfield and Nehalem though the AMD Phenom II does creep up past the Core 2 Quad CPU. 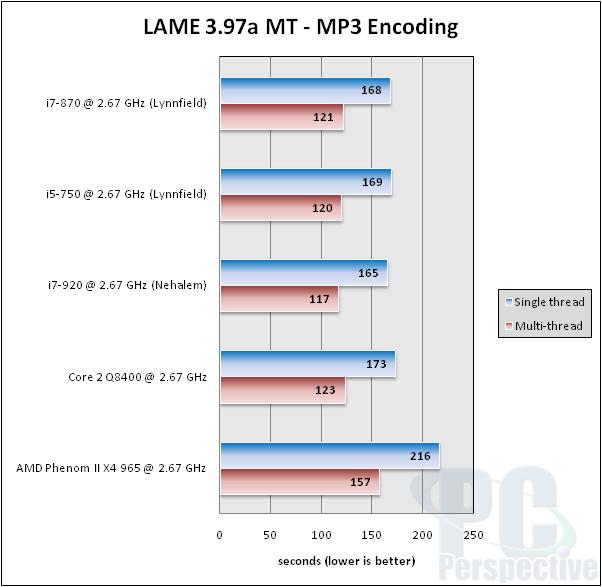 Our LAME MP3 encoder results show that not only are the Lynnfield and Nehalem architectures pretty much identical here, the Core 2 Quad processor falls in line not far behind. 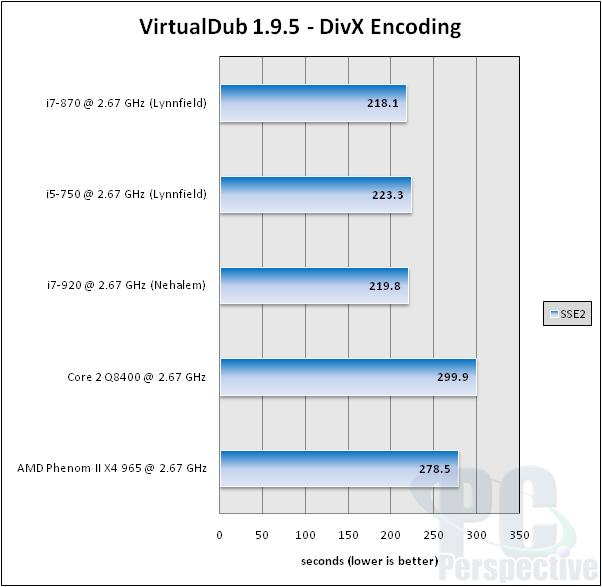 We are seeing similar results here in our DivX encoding test – Lynnfield and Nehalem a match while the Core 2 and Phenom II CPUs battle it out for last place. 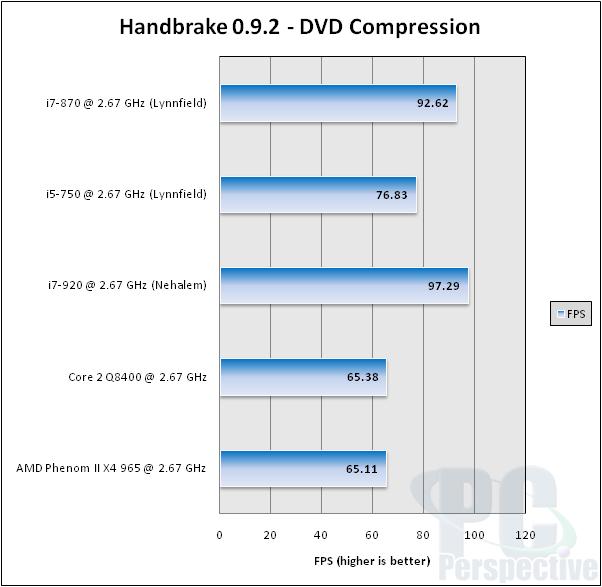 Here is an interesting one – the added gains of HyperThreading, even at 2.67 GHz, are enough to push the i7-920 and i7-870 out ahead of the i5-750 processor.  For heavily threaded applications I would expect this graph to pretty much summarize how performance should be estimated across the board.

Overall our results are as I expected to find them: there isn’t a great deal of architectural differences between Lynnfield and Nehalem in terms of clock-for-clock performance with the exception of HyperThreading on the Core i7s that is not available on the Core i5s.  Both the Core 2 Quad and Phenom II processors are well behind in terms of IPC.