Clearly the big winner here is the Intel Core i5-750 in terms of performance for you dollar – it won 4 of our 6 sample results here and came in close on the others only behind the Core 2 Q8400.  What you might be interested to know is how much “worse” of a deal the Core i7-870 turned out to be – the performance/$ scores here in our sample benchmarks are about half that of the i5-750.  I do think, however, had we had a Core i7-860 to test for this review, that IT would have been the CPU of choice for me in terms of nearly all our metrics including performance per dollar.  I will definitely be getting one of these in soon for testing and see what we come up with.

Oh, and just to point it out: the Core i7-975 is far and away the lowest scored CPU on these results…

While we have already discussed and gone over just about every aspect of the new Lynnfield processor in the previous pages, a nice, clean summary is in order.  First, the Core i7-870 is indeed an incredibly powerful processor and in many of our tests and benchmarks was able to rival the scores of the Core i7-975 Nehalem CPU priced around $999 online.  Considering the i7-870is about half that price, users that can afford to shell out the $555 or so for the unit should definitely not feel taken by the purchase. 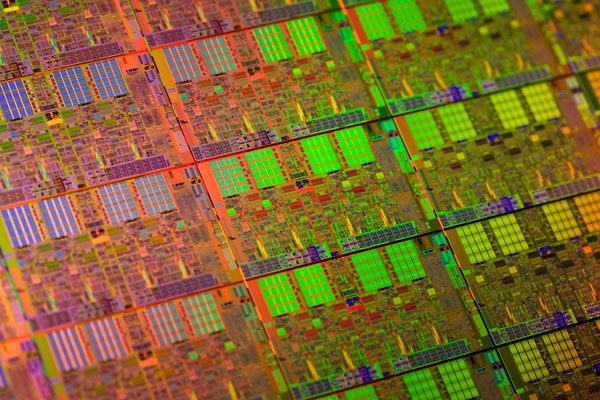 The Core i5-750 is a more interesting discussion since, because it lacks HyperThreading support, it falls into a new class of CPU – “Nehalem architecture without HT.”  It does indeed perform very well in our suite of benchmarks though in some cases if doesn’t come out much faster than the aging Q9650 based on the Yorkfield Core 2 architecture and even the AMD Phenom II X4 965 CPU.  The price is right though, and as you can tell from our performance/$ rating above, that puts it in a very enticing position for anyone looking to build a system on a budget.

Lynnfield did exactly what we expected – it brought Nehalem-class performance to the mainstream price points.

How to confuse your customers

If I have one complaint, that has been reiterated by many, it would be that the naming here is really awful.  With motherboard boxes displaying images like “Intel Core i7 CPU Read!!!” on them, Intel has created a confusing situation in which there are Core i7 processors both that will and will not fit in that motherboard.  If a somewhat ill-informed customer strolls up, picks up the ASUS Maximum III Formula and a Core i7-920, they are going to be pretty damn confused when they get home to put it all together.

I know I will get some questions regarding the P55 chipset and motherboards, so let me try to address them here.  First, no, as of this writing, there are no P55 motherboards that support three graphics cards for either 3-Way SLI or CrossFire X or 2-Way multi-GPU and a third card for PhysX and the likes.  Why?  Because the P55 chipset only supports x16 lanes of PCIe 2.0 with only two controllers, the maximum split is dual x8 connections.  If you are a hardcore enthusiast that wants 3-Way and above, you should eventually be able to get that option with Lynnfield processors as NVIDIA has informed me they are working with motherboard manufacturers to install nF200 PCIe bridge chips that would support three full x16 PCIe connections via the integrated PCIe x16 connection on the Lynnfield CPU.

And don’t forget – NVIDIA has been saying they were working on DMI-based Lynnfield chipsets for two years now.  All they have to do is actually show us something now…

Finally, some have noted that the DMI connection between the CPU and chipset could be a potential bottleneck for high bandwidth accessories and devices on Lynnfield systems.  At only 2 GB/s, that DMI connection could be swallowed up simply by saturating the 8 PCIe 1.0 lanes on the P55 chipset, not to mention the 6 SATA channels, 14 USB connections, etc.  If motherboard companies are serious about adding things like SATA 6G support to these boards we need to be sure a bandwidth solution is worked out first!

Just for a quick summary:

And the best part – these CPUs are available NOW from various online retailers and should be in stores tomorrow as well.  Obviously since we have seen accidental sales of these parts in the wild already, this should come as no surprise.  Motherboards will also be available immediately – trust me, they are everywhere!

It’s great to see a hard CPU launch come through!

UPDATE: These CPUs can be found just about every where!

You can also get a TON of different motherboards:
Final Thoughts

Intel’s new Lynnfield Core i7 and Core i5 processors weren’t intended to win overall performance crowns, but they came closer than many expected them to in our testing.  Lynnfield indeed brings the features and performance of the Nehalem architecture to a new price point and market and in doing so will likely spark a wave of PC enthusiast upgrades this fall and winter.  If the performance of these parts didn’t blow you away, then perhaps the outstanding performance per watt did, or even the performance per dollar?  It seems that everyone will have something to love about these new Lynnfield CPUs – I would find it hard pressed to recommend anything else today.

If you have questions or comments about this article, please head into this thread of the PC Perspective Forums to discuss!!!