During the installation phase of the review, we put together a mid-range AM3-based HTPC using the following components: 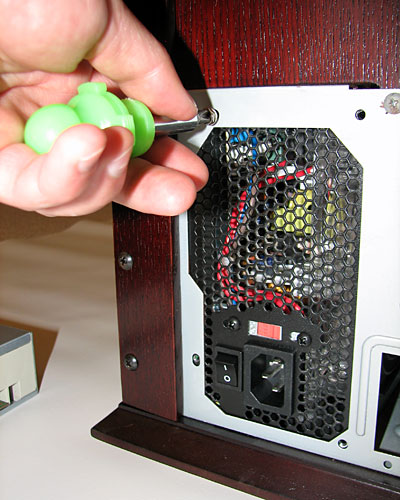 The first piece of hardware to install was the power supply. This was a simple matter of placing it in the case and securing it to the back panel using four screws. 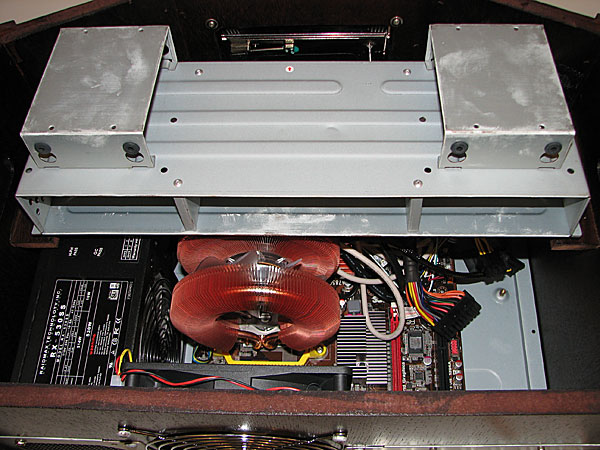 The next task was installing the motherboard, CPU, heatsink, and memory. This was easier said than done because the Zalman CNPS9900 LED heatsink we wanted to use was a few millimeters too high and hit the top tier that needs to be installed over the motherboard. 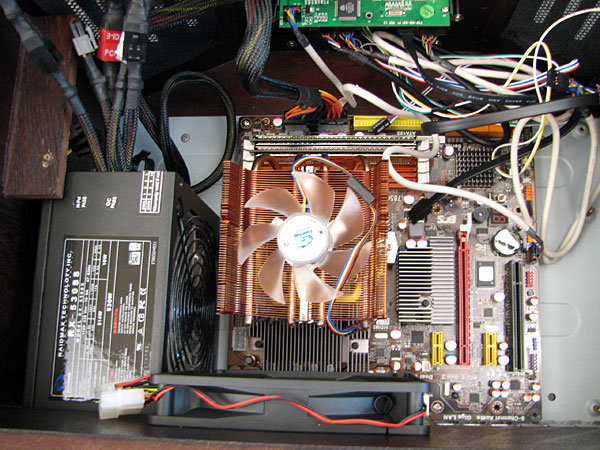 To fix this problem, we installed a Cooljag Falcon 92 heatsink, which is a lower profile cooler than the CNPS9900LED. After we fixed this minor problem, we moved on to the next portion of the installation. 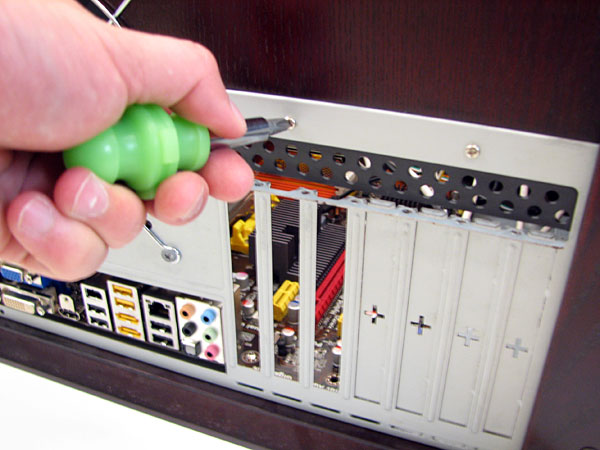 The next piece of hardware to install was the graphics card. To do this, we had to remove a bracket above the PCI slots than keep these devices secured to the chassis. 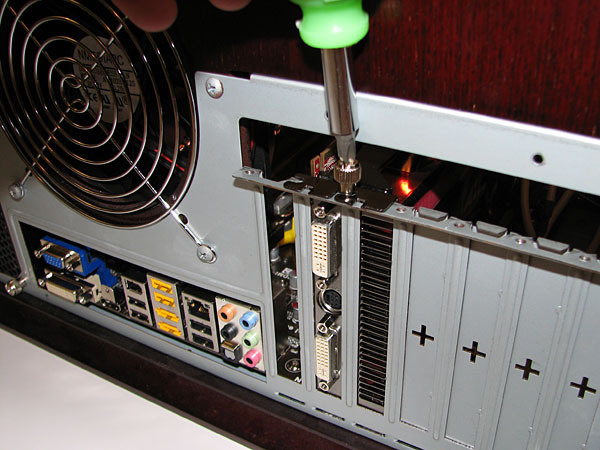 Installing the HD 4770 was a snap, and we used a few thumb screws to secure it to the back panel of the HTPC 8000. 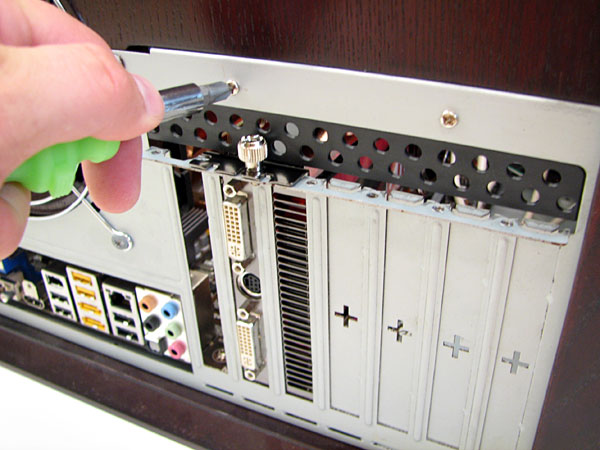 After the video card was installed, we had to put back the PCI bracket to secure everything in place. 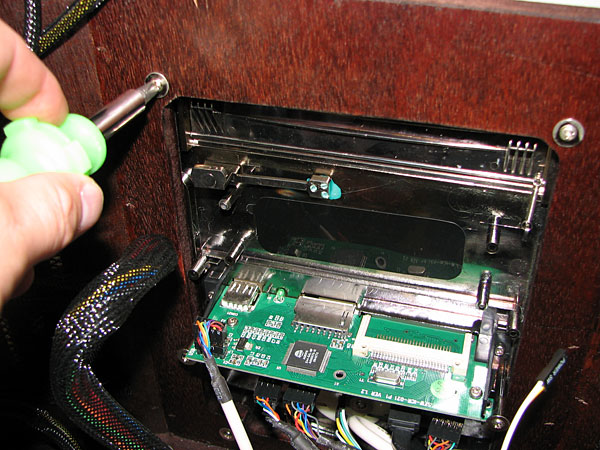 Next, we moved back to the interior of the case and unscrewed the front panel interface so we could make room for the optical bay drive. If this piece isn’t removed, the DVD door cover won’t function properly when we install the optical drive. 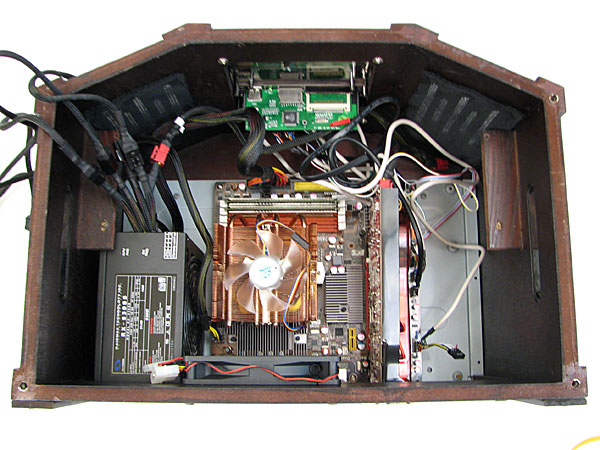 Here’s a quick shot of the power supply, motherboard, heatsink, memory, and video card installed in the HTPC 8000. Now we can move on to the top tier that includes the hard drive and optical drive. 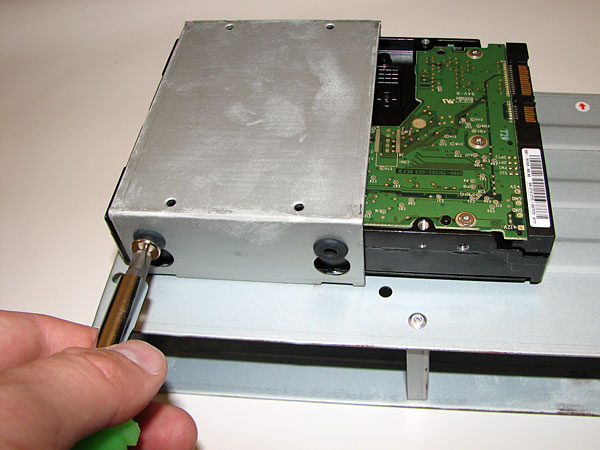 To install the hard drive to the top tier bracket, we used special screws that have enough clearance to secure the hard drive, but leave room for the rubber grommets to do their job against hard drive vibrations and noise. 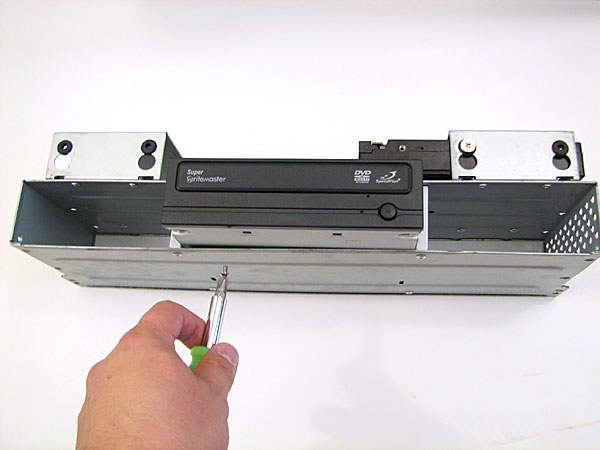 After the hard drive was installed, we used four tiny screws to secure the optical drive to the top tier cage. 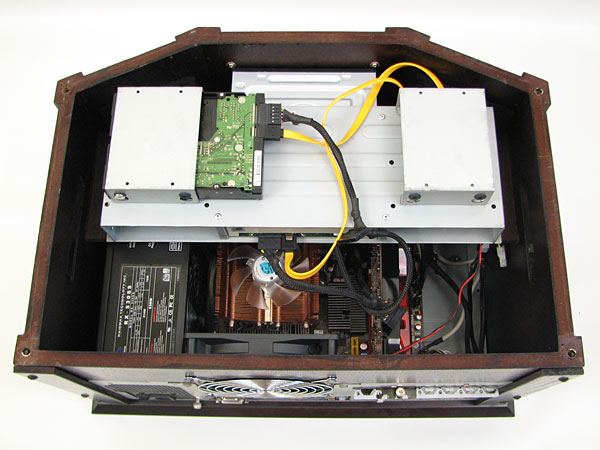 We installed the entire top tier bracket with two wood screws and cleaned up all the wiring in the case. The final result is pretty nice and it only took us about 30 minutes to install the entire system. The only hiccup we ran into was having to swap out the heatsink because it was too tall. 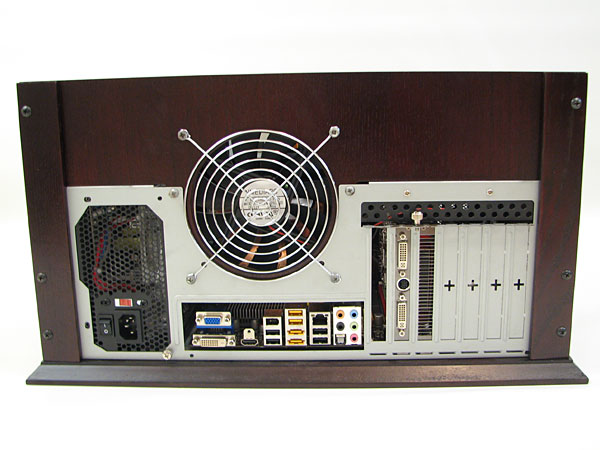 The back panel of the case, minus the missing I/O backplate, is identical to a typical computer in every way. The installation went very well, but it would have been nice to have a removable motherboard tray and a device for removing the power supply through the back of the case. These are minor suggestions because we really didn’t run into any show-stoppers other than swapping out the heatsink. 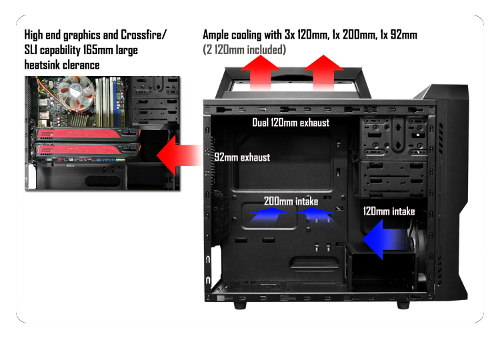