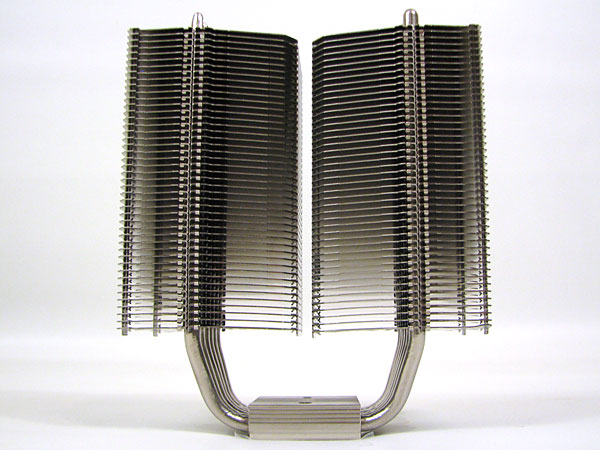 The Megahalem weighs in at a hefty 790 grams and uses six copper U-shaped heatpipes to pull heat away from the CPU through two separate aluminum fin arrays. 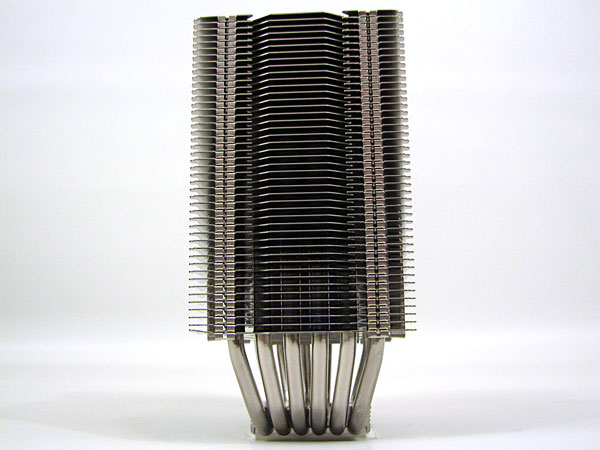 According to Prolimatech, the aluminum fin arrays were separated to reduce the air flow resistance from the fan, but not really to  eliminate the problem areas in the heatsink that might not function properly because of “dead zone” issues reported on other similar heatsinks. 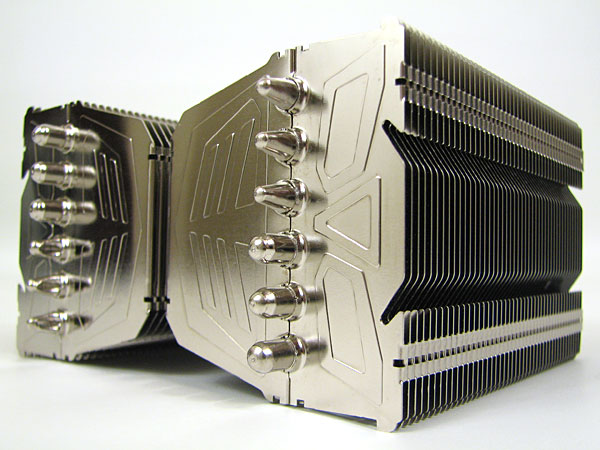 The top of the Megahalem is very unique and the entire heatsink is designed to handle two 120mm fans on both sides of the unit. Each fin array has two arrays attached together right where the heatpipes come through the middle of the entire array. The overall shape of the fin arrays together leaves some space between the heatsink and fan that should help move air through the fins. 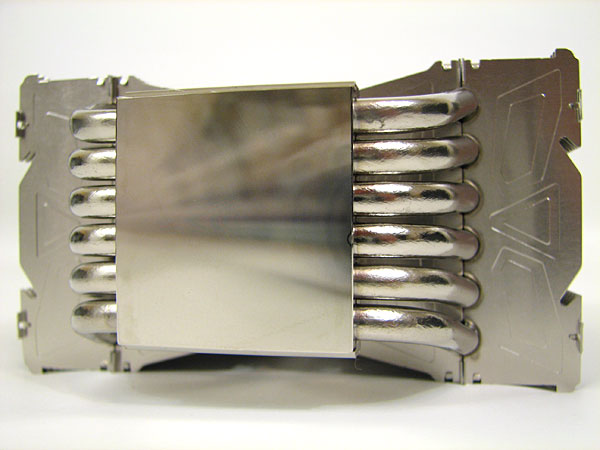 The copper base on the Megahalem is wonderful and almost has a perfect mirror finish. The base is very smooth and I only noticed a  few swirls from the milling and polishing process. The heatpipes above the base are also integrated well so we should see some good performance numbers during the testing portion of this review. 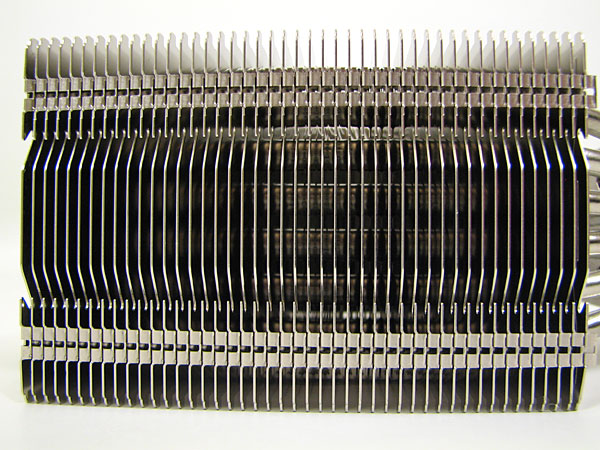 Here’s a good shot at the spacing of the aluminum fins and how they are interlocked. If you look close, you can also see the copper heatpipes traveling through the middle of the array. The entire design of the heatsink is well executed and Prolimatech definitely paid attention to polishing and milling the copper base as well as integrating all six heatpipes into both fin arrays and the base itself.

Heat pipes and water cooling, together at last