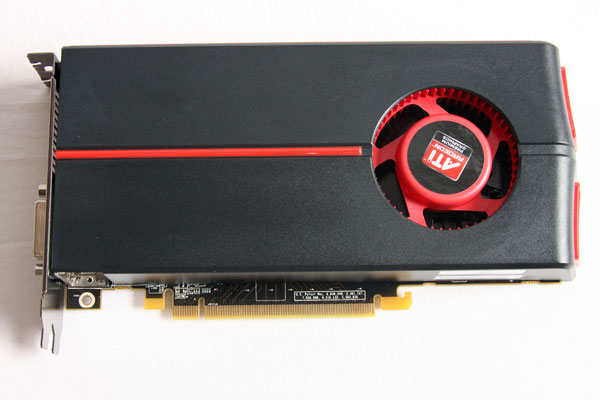 The Radeon HD 5770 cooler design looks very similar to that of the HD 5870 and HD 5850 only a bit shorter and a bit lighter (due to a less significant heatsink). 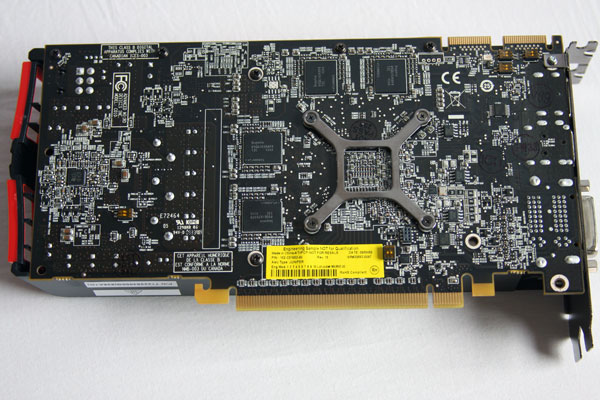 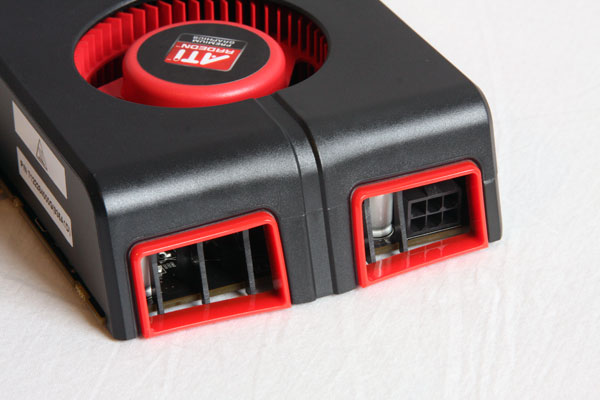 The HD 5770 requires only a single 6-pin power connection to run though I do have one complaint about this design.  The connection is so far inset that getting it back out is a task for small fingers only! 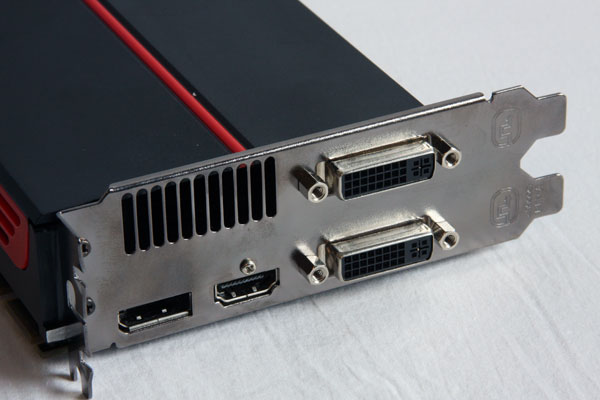 The HD 5770 continues to support three displays, just like the HD 5800-series, and even supports Eyefinity multi-monitor gaming, though the viability for it as we continue to go down the performance ladder becomes a question.  Still, it’s great to see a pair of DVI ports, an HDMI and a DisplayPort connection on a single card. 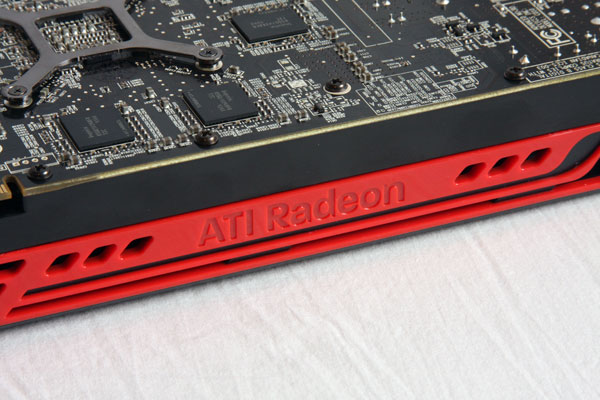 The same red markings permeate the HD 5770 adding a touch of style to the card. 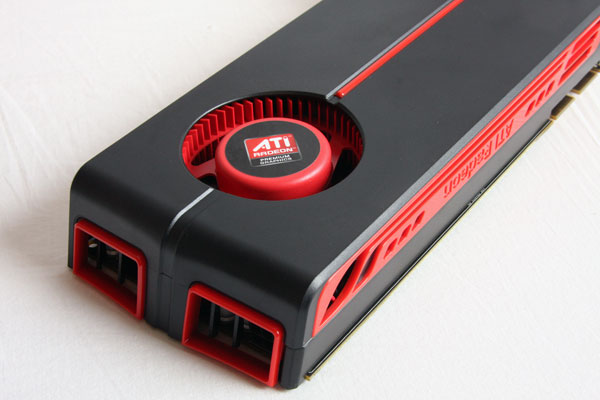 The fan on the HD 5770 is about the same size as the one on the HD 5850 and is pretty quiet all things considered.