The term “extreme” gets thrown around way too much in the hardware industry, especially in reference to overclocking capabilities in motherboards. But, the EX58-Extreme was truly built to cater to hardcore tweakers who use LN2 and Helium to get today’s fastest processors over 7GHz and beyond. These BIOS screenshots are from Award BIOS Version F7 that was released on May 11. This is the most current, non-beta BIOS available for this motherboard. 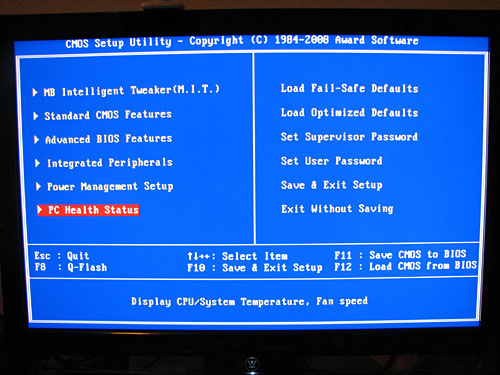 Upon entering the Award BIOS, we are greeted with its main menu screen. I’ve always liked this type of BIOS because it’s very user friendly and has every feature displayed in an easy-to-use and organized fashion. I also like that it leads off right away with the overclocking functions that are available in the MB Intelligent Tweaker menu. As with all Gigabyte motherboards, don’t forget to press CTRL+F1 to gain access to the BIOS advanced features. 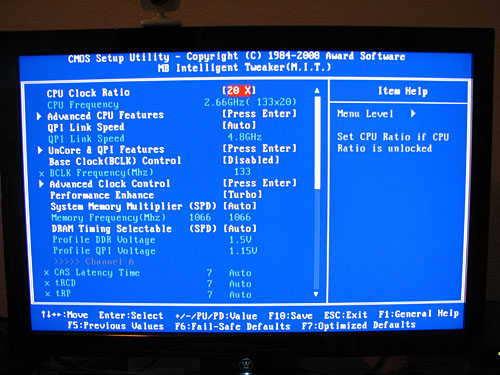 Our first section in the BIOS wastes no time showing us the overclocking potential with the EX58-Extreme. There are several items to key in on in this screenshot and we will go over each one of them in the next several screenshots. 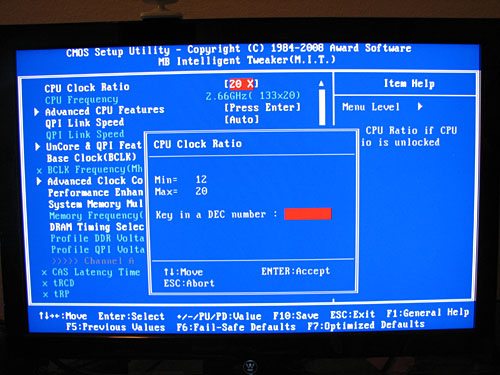 The CPU Clock Ratio is locked at 20x, courtesy of our test bench’s i7-920 processor. Those who can fork out $1,000 to purchase the i7-975 Extreme Edition will have this section unlocked, which is really handy when you want to push the overclocking power of the CPU to its limits. The CPU Clock Ratio can be decreased to 12x, but not increased above 20x without Intel Turbo Boost enabled. 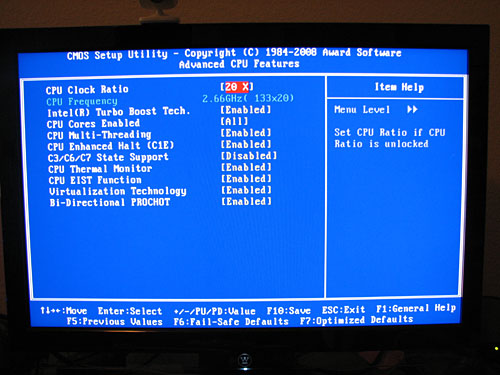 The Advanced CPU Features section provides users all the control they would want or need over their CPU. A couple noteworthy items are Intel’s Turbo Boost technology and the CPU EIST function.  Depending on CPU loads, EIST can dynamically lower the CPU voltage and core frequency to decrease power consumption and heat production. Intel Turbo Boost adds one clock cycle to automatically increase the performance of the CPU too. This feature works on all LGA 1366 cores, even ones that have locked clock ratios. 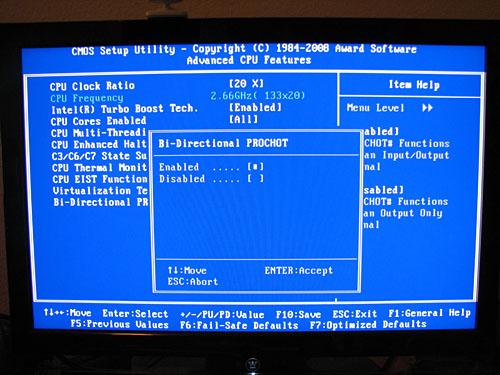 When enabled, the bi-direction PROCHOT can detect when a CPU is overheating. PROCHOT signals will be emitted to lower CPU performance to decrease heat production. 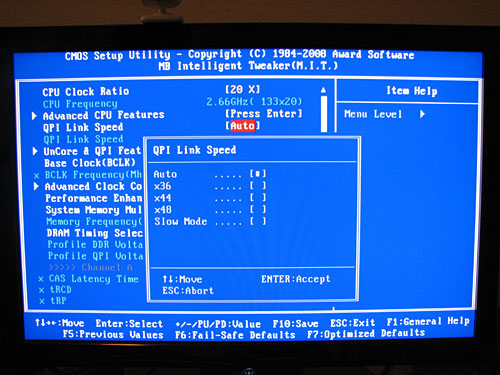 There are several options for setting the QPI Link Speed in this BIOS. The i7-920 can now match the i7-975’s QPI speed of 6.4 GT/s because Intel recently started shipping these processors with unlocked QPI. 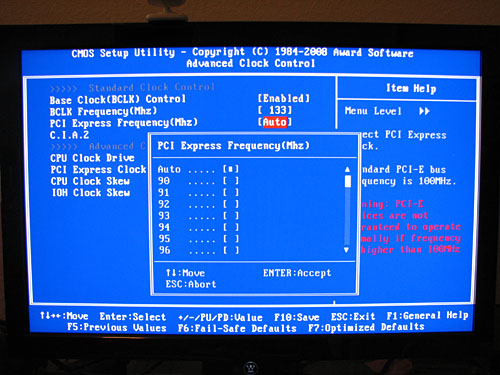 The PCI Express frequencies can be set to auto or adjusted between 90 and 150MHz. Most users keep it at its default setting of 100MHz. 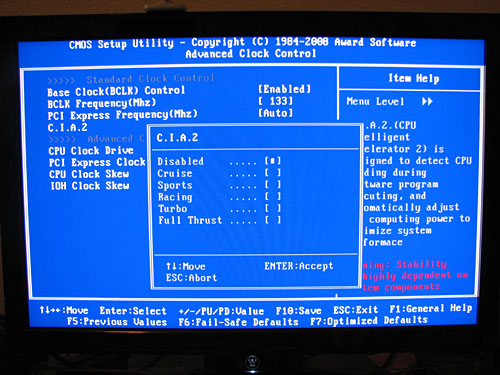 The CPU Intelligent Accelerator 2 or C.I.A. 2 is designed to automatically adjust CPU speeds and frequencies to maximize performance. It basically helps noobs overclock their systems without getting their hands dirty. The five settings – Cruise, Sports, Racing, Turbo, and Full Thrust – will increase the CPU frequency between 5% and 19% depending on CPU loading. We currently have this option disabled because we will be manually overclocking the i7-920. 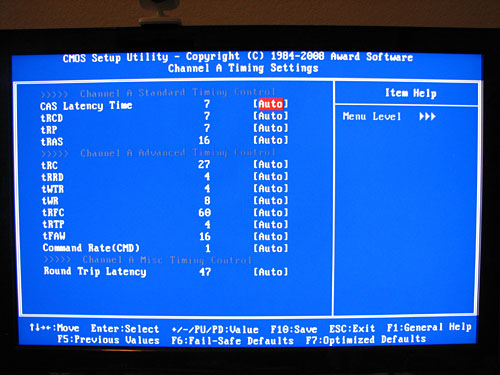 Each DRAM channel can be independently configured by setting the DRAM Timing Selectable to Manual. 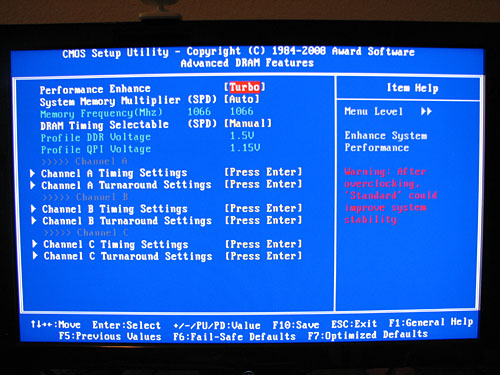 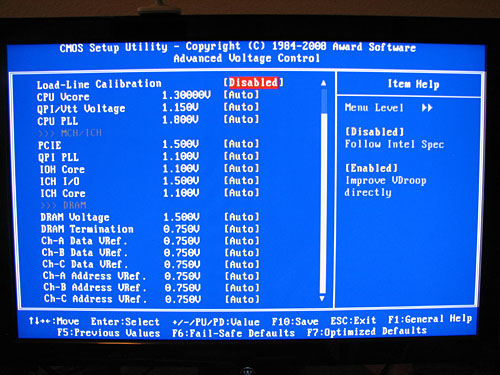 The last section in the MB Intelligent Tweaker is the Advanced Voltage Control sub-menu that lets users configure voltages for the CPU, QPI, IOH, and DRAM. It’s pretty much a smorgasbord for tweaking all the voltages for creating a more stable overclock. Fine tuning the voltages of each component listed is what separates advanced overclockers from basic users overclocking their systems. 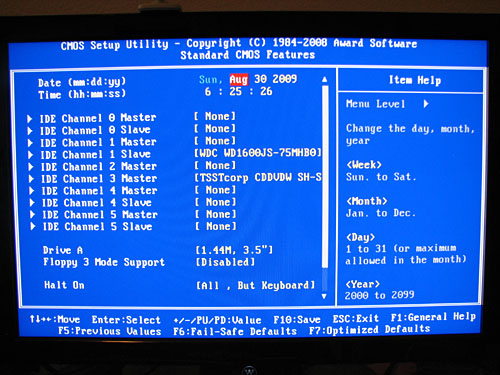 Moving onto the Standard CMOS features, we can configure all our hard drives, floppy drive, and other storage and optical devices. We can also set the day, month, year, and time in this section. 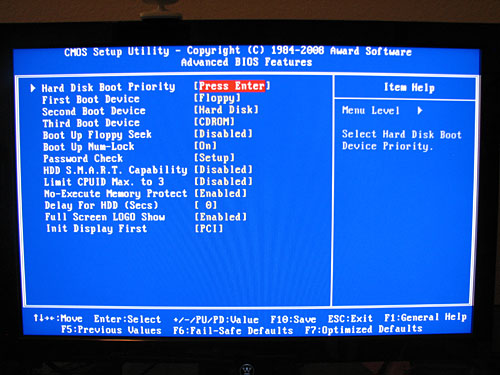 The Advanced BIOS feature gives users the capability to set their boot priorities as well as set which display they would look to use when they boot their systems. 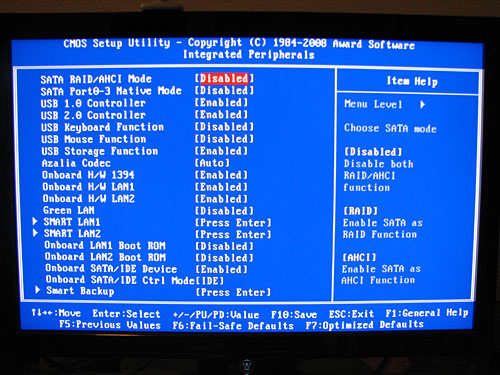 Here’s a quick screenshot of the Integrated Peripherals screen that tells the PC how to configure SATA RAID, USB 2.0, Azalia codec, onboard firewire and LAN, and a new Smart Backup utility that we’ve been seeing around the block lately. 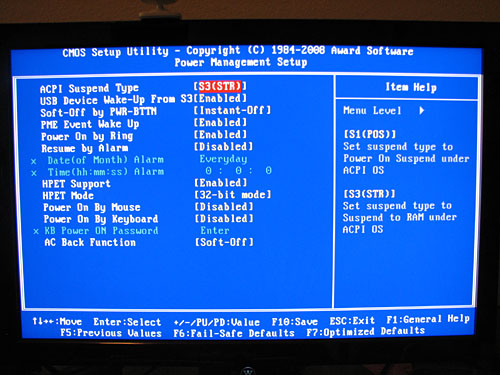 Power management is really where users can help themselves save a few bucks on their energy bills by configuring how the PC functions during sleep and standby modes. 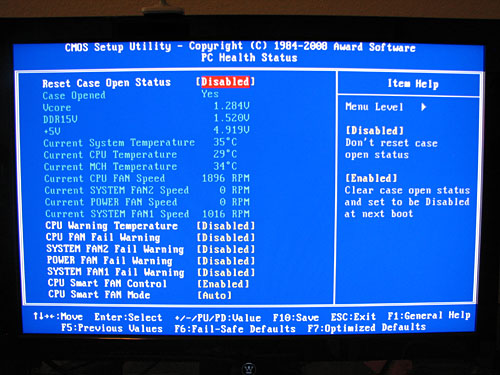 Our final screenshot shows the PC Health status page that is fairly standardized and gives details about CPU  and MCH temps, CPU and system fan speeds, and even an option to see your PC case is open or not.

The EX58-Extreme has one of the most intricate BIOS options I’ve seen in any motherboard using the LGA 1366 platform. The voltage and memory timings can be tweaked and prodded until every ounce of performance is squeezed from it. One small, but important feature missing from this BIOS is the ability to create user profiles. I’ve been to a couple overclocking events and the top overclockers used their user profiles to keep their most stable settings intact while they continued to push the hardware farther and farther over the edge. Overall, this BIOS is really for advanced PC users who understand the i7’s architecture and the voltages associated with its operation and performance.