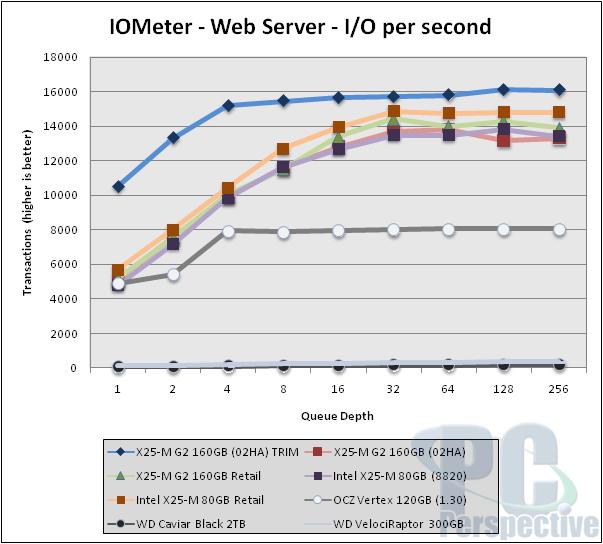 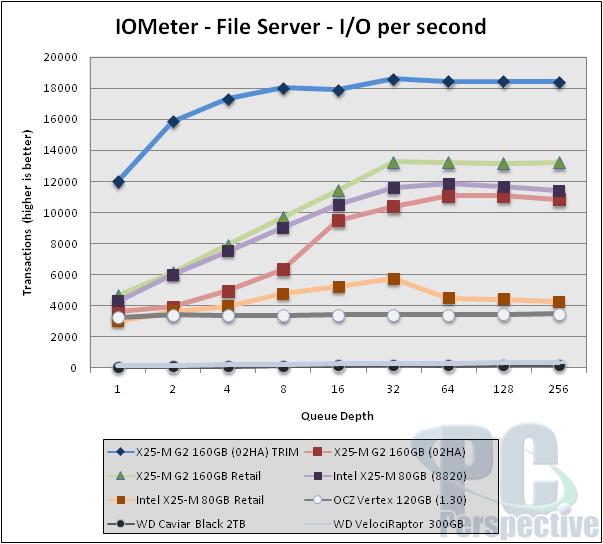 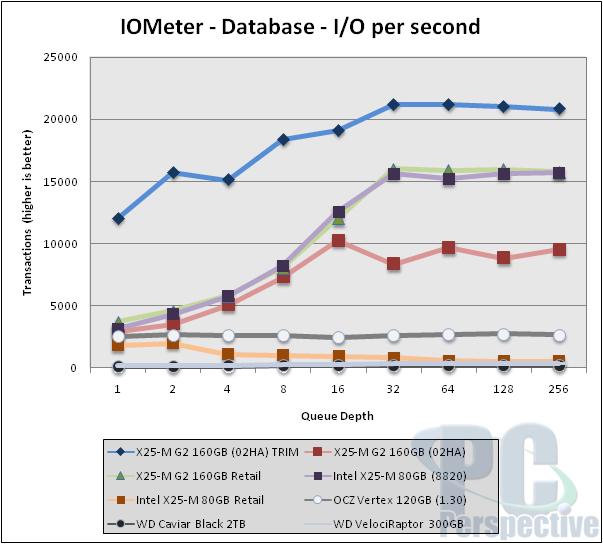 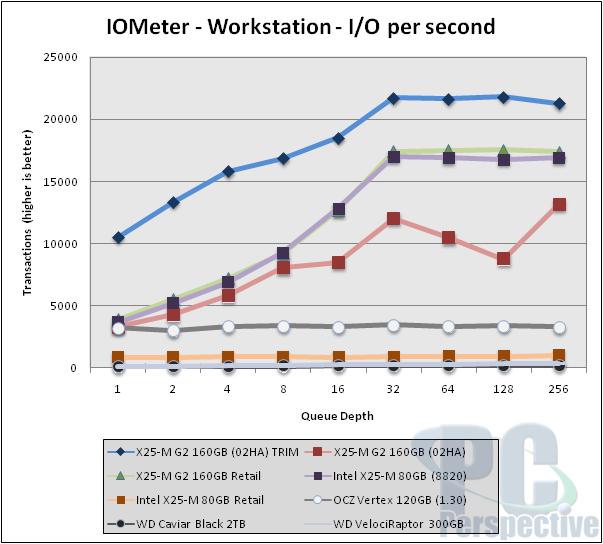 While the previous tests have shown only small improvements with a TRIMmed X25-M, IOMeter testing shows its true colors.  Here we see incredible gains in IOPS.  Bear in mind the TRIM plots are respective of a nearly empty SSD.  Real world figures (i.e. with an OS installed) will fall somewhere between the blue and red lines, depending on how full the X25-M is at that time.  After this testing I took a clean drive, filled it with a sequential write pass, and reran the test.  The results were very close to the blue line.  As long as the G2 is not overly fragmented and has been optimized, it should perform at or near the blue line performance even when filled to capacity.

You may note the red line falls lower than the retail G2.  The new firmware appears more optimized for operating with TRIM enabled, and in the standard course of testing, all LBA’s of the SSD are used and well fragmented by the time this test is reached.  The 02HA firmware appears to have been reoptimized to increase the raw IOPS when in a TRIMmed state (which it does quite well).  If you don’t plan to use either Windows 7 or the SSD Toolbox utility under Windows XP or Vista, you might want to stick with the retail firmware to ensure best possible IOPS performance – just keep in mind you will be stuck at the 80 MB/sec write speed limit of the earlier firmware.

Also of note is that in other custom IOMeter profile testing, we saw IOPS figures as high as 75,000 for small random reads at high queue depths!