Let me break it down for you here, and see how you jive with me.  I know I could have spent the pages on showing you benchmark after benchmark with the MSI P55-GD65 motherboard and how it performs in relation to the ASUS Maximum III Formula motherboard used in our initial Lynnfield processor reviews, but honestly, it would have been a waste of time.  The truth of the matter is that at stock settings, any and all P55 motherboards will perform nearly identical, pending some kind of major design catastrophe.  Because of that possibility I ran some spot checks on performance in a handful of applications to make sure that wasn’t the case here – the P55-GD65 ran right where I expected it to.

Because all of the P55 motherboards are going to “perform” the same the real differentiation point is in features, overclocking and pricing.  But because I know some of you won’t take my advice and read our Lynnfield performance reviews like I keep asking, I have included a couple of quick benchmarks here so you know where our MSI P55-GD65, in conjunction with the Intel Core i7-860 processor, stand in relation to other platforms available today. 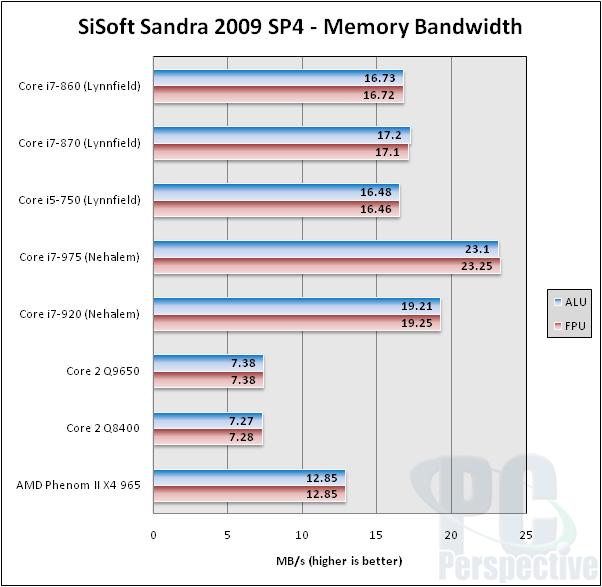 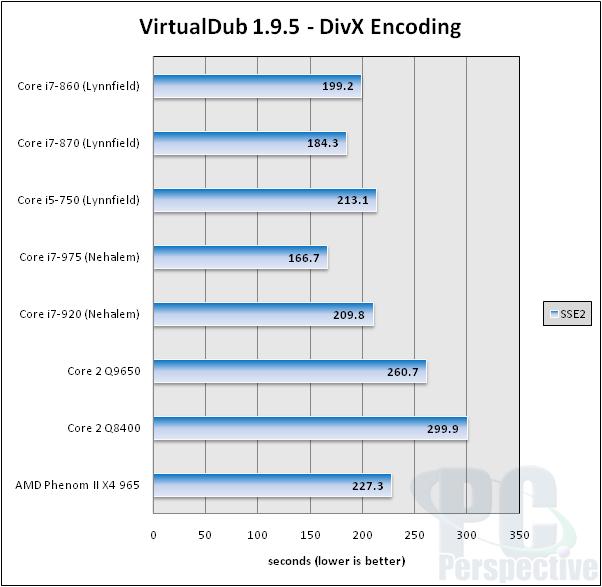 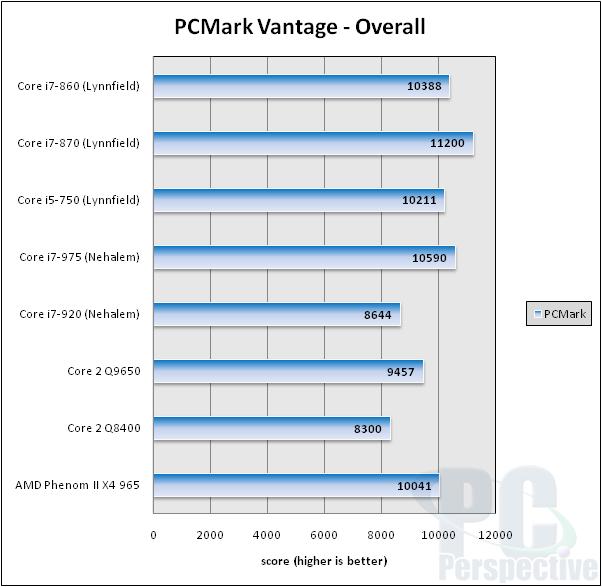 The MSI P55-GD65 is not going to be the motherboard with the most features or add-ons attached to it that you can find for the Lynnfield platform.  Even MSI will admit it – that is why they have the P55-GD80.  But the P55-GD65 does offer what I feel is one of the most well rounded set of features on any motherboard available today.  Obviously the board supports both SLI and CrossFire multi-GPU configurations (as do most P55 solutions) and even with a pair of dual-slot cards the expansion configuration will allot you a legacy PCI slot and PCIe x1 and PCIe x4 slots.

For storage considerations the MSI motherboard offers up the six SATA channels provided by the P55 chipset itself as well as two additional SATA connections (one internal, one external on the back panel) and an IDE channel for legacy optical drives courtesy of an add-on JMicron controller.  MSI’s motherboards are using DrMOS-based MOSFETs that will provide the power switching capabilities comparable to four standard MOSFETs.  The GD65 model uses a 6+1 design so you should effectively see a 24-phase design giving the GD65 a solid and stable base.

To round out the feature set the MSI board includes Firewire, solid 8-channel audio support with both analog and digital (both coax and optical) outputs, a USB-powered eSATA connection on the back of the board as well as a pair of Gigabit Ethernet connections.

I don’t want to sound repetitive here, but the overclocking results we saw on the previous page were pretty impressive.  The OC Genie feature worked as advertised providing a solid overclocking result from a single button push that I think most users will find very appealing.  The only downside is that power consumption is adversely affected since support OC Genie apparently requires Intel’s EIST (Speed Step) technologies to be turned off, keeping the CPU at its top frequency the whole time. 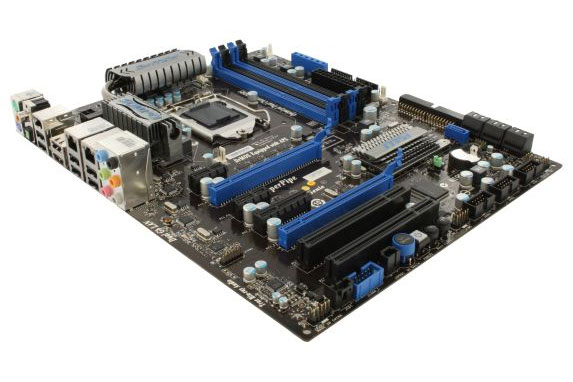 The manual overclocking controls provided in the BIOS also aren’t the most robust we have seen on a P55 motherboard but they are more than adequate for 99% of users out there.  And as you can see from our overclocking results, the manual controls had enough room for us to hit 4.2 GHz with our Core i7-860 processor without too much work.

The last overclocking feature is the addition of the voltage monitoring connections by the DIMM slots that provide easy access for users that use the help of a multimeter to get more accurate readings.  That is definitely an extreme overclocker feature that most users will not use but is great to see on a board of this price range.

The MSI P55-GD65 motherboard can be found for sale for $159 as of this writing putting the motherboard firmly into the mid-range market for this platform.  Yes, you can find lower priced P55 motherboards than this, even models from MSI, Gigabyte and ASUS, but for the features you get, the quality of the product and overclocking capability that we saw, it is difficult to find a better value than the P55-GD65.  Probably the best competition for it would be the ASUS P7P55D Pro ($169) or the Gigabyte GA-P55-UD4P (also $169) though for  $10 less you are getting the advantages mentioned above and neat little extras like the OC Genie button.

The new Lynnfield-based Core i7 and Core i5 processors in the LGA1156 socket offer a new level of performance for a mid-market price that we haven’t seen in a long time.  Even though you can find P55 motherboards selling for as little as $119 today, The MSI P55-GD65 is definitely one of my favorites as it combines a great feature set with solid overclocking options and unique selling points like OC Genie for just $40 more.  It should be no surprise then to find the MSI P55-GD65 as the motherboard of choice in our mid-range system on the PC Perspective Hardware Leaderboard – I am not the only one that has fallen for this board! 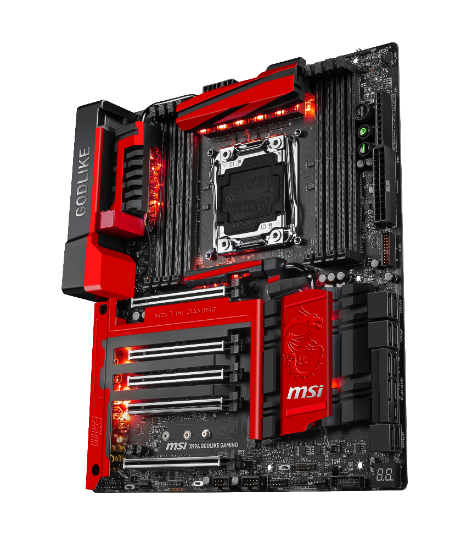