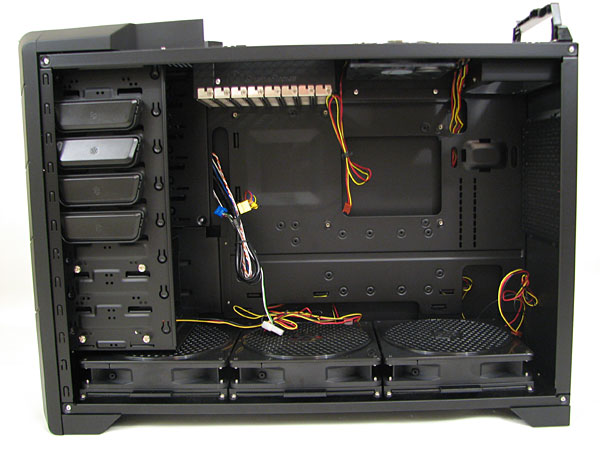 After removing the side panels from the Raven 2, I got my first look at the interior of the case. One of the biggest things that stands out to me is the available room around the motherboard and how the power supply needs to be mounted in this case. The Raven 2 can handle motherboards up to 12″ x 11″ and power supplies up to 230mm long. That’s a huge advantage for those looking to use high-end parts that are larger than standard specs. 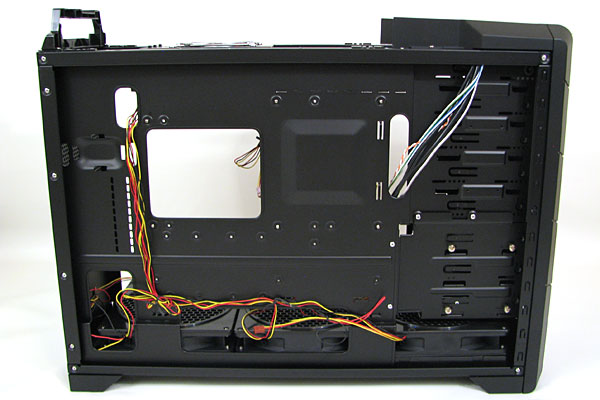 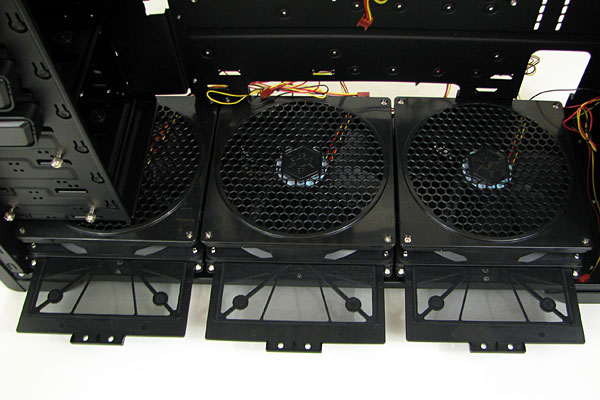 There are three 180mm fans with honeycomb grills attached to the bottom of the Raven 2. Each has its own individual filter, which will help keep dust and particles out of the interior of the case. These fans run between 700 and 1,000 RPM, and only reach 27dBA at maximum capacity. 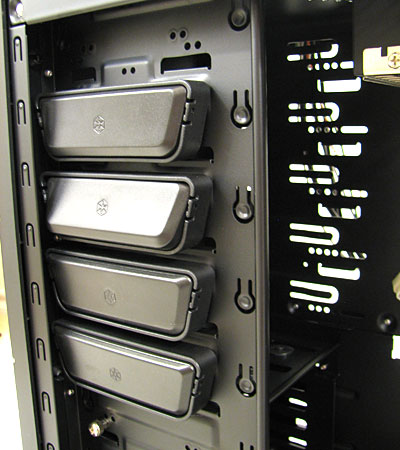 There are five optical bays available in the Raven 2 that can be secured without screws. The mechanisms used to secure optical drives matches the overall design of the case perfectly and are easy to lock and unlock. 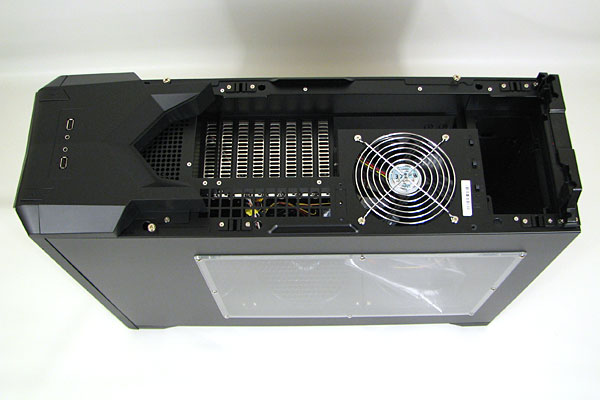 After removing the top plastic panel on the case, we can get a better look at the back I/O panel. The top panel looks like your standard back panel on most PC cases, but Silverstone mounted the motherboard at a 90 degree angle, which moved the back I/O panel to the top of the case. While this works with the physics properties of heat, it does create a few issues with cable management. To alleviate these issues, Silverstone secured the top panel without screws to allow for easy access to interchange USB devices and other components. The 120mm fan on the top panel runs at 950 RPM at around 18dBA. 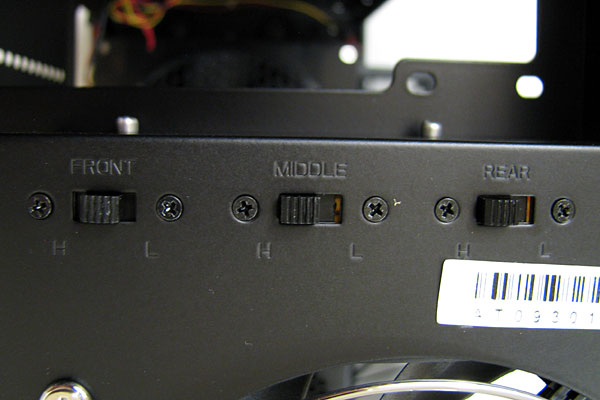 The top panel gives users access to a fan controller that can set the bottom three 180mm to high and low settings. The low setting runs at 700 RPM while the high setting maxes out at 1,000 RPM. 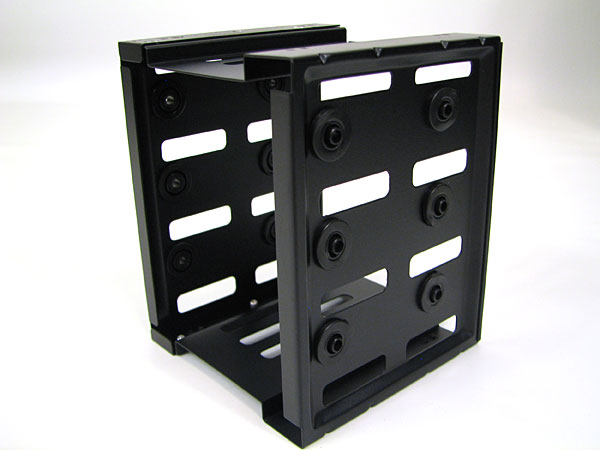 The hard drive cage can hold up to three 3.5″ hard drives and uses a suspension system to reduce vibration and noise in the Raven 2.

All in all, the real estate created by mounting the motherboard to the top panel of the case gives PC builders tons of options that aren’t available in standard ATX cases. Silverstone even states users can mount a triple radiator system for watercooling and also use three to four PCI-E video cards! That’s pretty insane, but with this type of exhaust system it’s highly doable. The hard drive cage could have been easier to remove because once the system is put together the drive cage has to be removed through the front panel and not through the inside of the case. Being able to set the bottom fans between two different RPM settings is helpful, but they could have made a custom fan controller that would have done a better job and also added another functional feature to the Raven 2.

So much air intake the case looks bloated