Not Reinventing the Wheel

While Bulldozer and 32 nm processors from AMD will not show up for some time yet, AMD is taking off the wraps of a new revision of the 45 nm Deneb core. The X4 965 was a 140 watt TDP critter, and now it has been tamed to a slightly more manageable 125 watts. Let’s see how this affects performance and overclocking!

Contrary to popular belief, the CPU guys at AMD have not been standing still.  While AMD is heading towards a major process disadvantage later this year when Intel releases the first 32 nm chips, AMD continues to work on their designs and work with GLOBALFOUNDRIES to improve their 45 nm process.  The latest example of this is the new Revision C3 Phenom II processors.

New revisions are not all that uncommon, usually coming in several times during a processor’s useful lifespan.  Considering how much AMD has to sell their top of the line desktop chips for, and how much power and heat that top of the line creates, it is no wonder that AMD went back to the drawing board to make adjustments that will positively affect yields, bins, and power consumption. 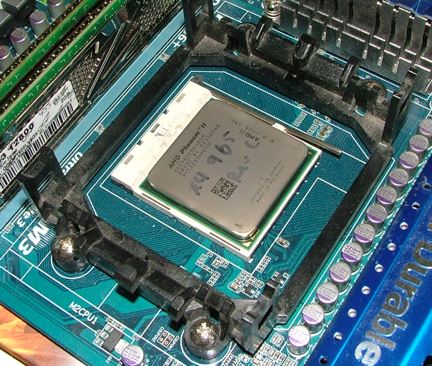 The revision C3 has supposedly done just that.  The top end Phenom II X4 965 is getting the treatment first with this revision, and AMD is lowering the TDP from this part from 140 watts to a much more respectable 125 watts.  AMD will start phasing out older C2 revision chips over the next few months, and we will see them replaced by lower TDP C3 chips.  For example, it looks as if the 945 and 955 parts could be hitting 95 watts. 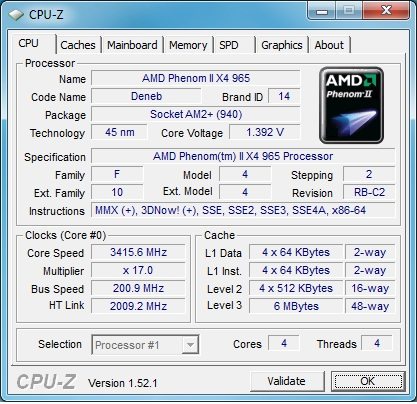 The old C2 chips could get a bit toasty, and overclocking was decent… just not always great.


AMD certainly is under pricing pressure, and improving bins and yields is their top goal right now.  With the latest i5 and i7 chips from Intel pushing greater performance to lower price levels, AMD will continue to have to roll back prices.  They also will likely discontinue a bunch of SKUs to make more room.  In the near future it looks like AMD will refresh popular products like the Phenom II X3 720 BE (2.8 GHz triple core unlocked) with faster clocked models that should still keep TDPs in manageable envelopes.

AMD has not revealed any potential performance gains with this revision, but they have done some work to the memory controller.  Rev C3 chips can now fully handle 4 DIMMS running at DDR-3 1333 speeds.  The Rev C2 chips would drop memory speeds down to DDR-3 1066 when all 4 DIMM slots were populated, even if the memory was rated at 1333 and above. 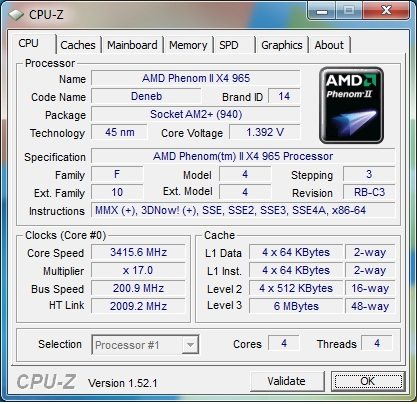 The new Rev C3.  Looks very similar to the old C2 on the surface.


There are probably other changes throughout the chip that may add or subtract performance, but AMD is not hanging their hat on such claims.  Those expecting a 5% increase in performance per clock will be disappointed.