While NVIDIA may not be taking SLI for the AMD market seriously anymore, luckily their partner MSI is. The NF980-E65 is the only triple SLI enthusiast board aimed at the AMD AM3 market, and they are hoping to capitalize on that distinction. The big question is… do they succeed in providing a motherboard for that niche worthy of your money?

MSI makes some awfully nice things.  I really enjoyed the GTX 285 with the Superpipe, the micro-ATX 785GM-E65 was one of the nicest HTPC boards that I have tested, and they currently have one of the few motherboards out there that can support quad CrossFire with an AM3 processor.  The road for MSI has been an interesting one, but overall quite successful.  Originally they were known for having some really innovative designs, but they had a few years where cutting corners really hurt their reputation.  For the past few years though, MSI has really redefined themselves as a top notch design company with a good record of quality products. 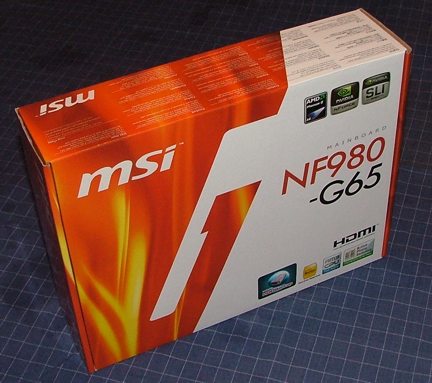 This review is not only about MSI though.  An NVIDIA product is at the heart of this motherboard that we are about to review.  The nForce 980a is one of the last chipsets to be designed by NVIDIA for the AMD marketplace.  The funny thing about this chipset is that it has been around for well over 1.5 years.  The 980a is just a rebranded 780a, which in itself is a nForce 750a chipset combined with the nForce 200 bridge chip.  It was given the 980a moniker because it had been successfully tested with AM3 parts from AMD.  This will probably be the last chipset from NVIDIA for the AMD CPUs, which will of course make SLI support in future generations of products on the AMD platform… interesting.

While this chipset has been around a while, it still is an interesting piece of technology.  The core portion with the primary PCI-E controller, I/O, and integrated graphics is a 65 nm part.  The graphics portion is a highly cut down DX 10 unit that is based off of the original GeForce 8800 generation of parts.  It also features an audio portion that is able to handle up to 8 channels of LPCM signal.  The graphics portion also features the PureVideo HD technology of the latest standalone graphics products.

The chip also supports six SATA 3G ports, the dual integrated Gig-E controller, 12 USB 2.0 ports, and the rest of the I/O portions that all modern chipsets have.  When this was first introduced it also had the option of GeForce Boost and HybridPower.  Adding in another inexpensive card (such as the GeForce 8400/8500 series) would double 3D performance (GeForce Boost).  The other was to add in two high end cards, and have them essentially shut down and let the integrated portion handle the less demanding desktop and video capabilities, but have the big cards spool up when gaming was enabled (HybridPower).  While the first feature was successfully implemented, the second power saving one has never worked correctly. 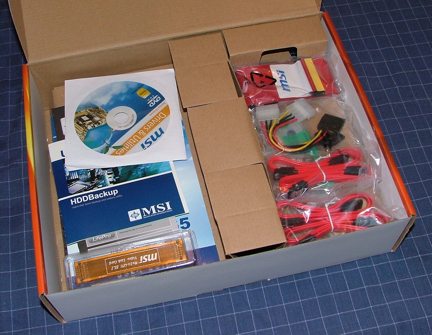 Not exactly sparse, not exactly well rounded.  The bundle is adequate.


The second part of the chipset is the much maligned nForce 200 companion chip.  This connects to the primary chipset through 16 x PCI-E 2.0 lanes.  It then has a grand total of 32 PCI-E 2.0 lanes to head out to a maximum of 4 connections.  It can do a 1 x 16X connection along with 2 x 8X connections in this particular situation.  There are those that call this a “decelerator”, but in reality it affects real world performance in a pretty minimal way.  What it does add to the fray is about 15 watts of power consumption and heat production.

The 980a is not exactly the pinnacle of chipset design for the AMD platform, but neither is it really behind the times when compared to the latest batch of products from AMD.  It is very comparable to the AMD 790FX and SB750 combination, and it even supports NVIDIA’s version of ACC.  The graphics portion is also generally comparable to the latest AMD 785G.  While it is slower in 3D apps, and does not support DX 10.1, it does offer better audio support than the AMD part.  The PureVideo HD portion also compares well to what the AMD 785G has, but without the support for dual accelerated HD video outputs.