Tests were conducted at idle conditions, and then with all four CPU cores at load.  Power readings were taken at the wall. 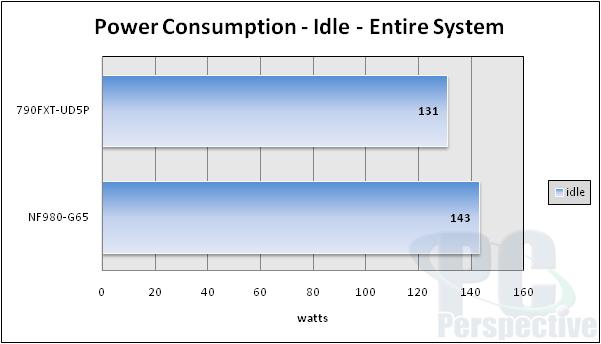 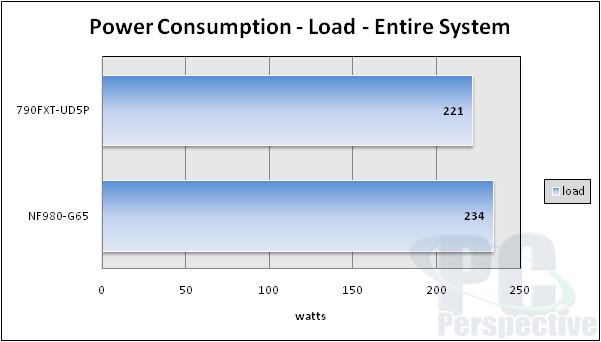 AMD does have a fairly decent lead when it comes to power consumption.  The nForce 200 chip has been pretty well beat up by some journalists and testers.  My personal opinion on this; it is 12 to 13 watts in total.  Swapping out one 60 watt incandescent light for a CF, and a user will get 3x the power savings than what this board consumes.  I had talked to NVIDIA about redesigning the nForce 200 to utilize a smaller process tech, and possibly save some power, and their response was simply that it was not worth it economically.  Yes, they would have saved power, but we are talking going from a 15 watt TDP part down to 11 watts or so.  Would the millions spent in terms of manpower, computing power, and electrical power to redesign this part to be 4 watts more efficient actually be worth it in the end?  No.

I was of course fairly interested in the overclocking performance of this particular product, namely because it is based on an older chipset that is very well known.  It also is a $160 US board, and as such falls into the enthusiast category.  I was a trifle disappointed to say the least. 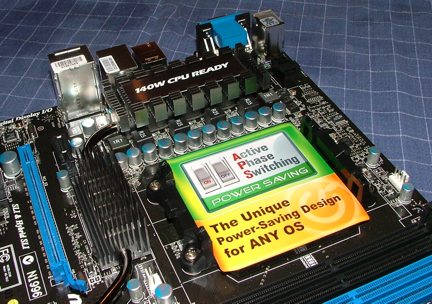 Don’t expect to see a 8 + 2 power phase array under the heatsink.  It does what it is designed to do, and its effectiveness is certainly in debate.

I then attempted to overclock using faster HTT settings.  I was able to get to 240 MHz (720 MHz effective using the 3X multiplier).  Anything above that caused instability, or failure to boot altogether. 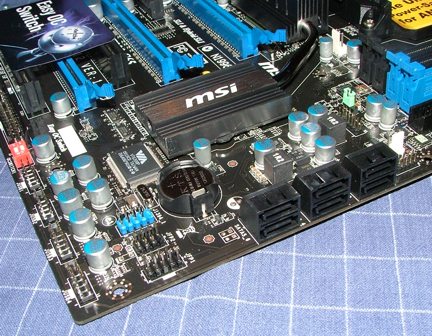 The perpendicular SATA ports are nice for longer vid cards, but not so fun with smaller cases.


This is not the world’s premier AMD Phenom II overclocking board.  In fact, the MSI AMD 790FX product overclocks better.  If a user wants the absolute fastest overclock possible, they need to look elsewhere.  If they are solely doing this for the SLI support, then they have to settle for a slightly less interesting overclocking experience.