Seagate originally intended to announce their new 7mm 2.5″ laptop hard drives at CES, but opted to jump the gun on the announcement.  The official release is below, but the gist of it is that Seagate are now producing thinner 2.5″ laptop drives.  This will enable netbook manufacturers to incorporate a thinner 2.5″ drive into their form factors, potentially bringing costs down.  The thought of having a decent capacity spinning disc in a netbook may be appealing, but performance will be considerably lower as compared to an (admittedly smaller) SSD solution. 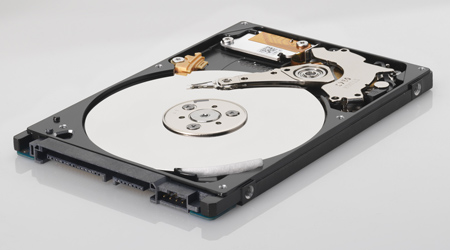 The Momentus Thin drive rivals traditional 2.5-inch laptop drives in performance and power-efficiency, enabling thin-chassis designs in all segments of notebook computing and allowing OEMs both to design in greater value on high-end netbooks for easier upselling and to create a wider value differentiation between consumer and commercial laptop PCs. The Momentus Thin drive features two capacity points – 250GB and 160GB – an 8MB cache, a Serial ATA 3Gb/second interface and a 5400RPM spin speed. The drive is scheduled to ship to Seagate’s OEM and integrator partners in January 2010.