As far as the factory overclock goes, the Sapphire Radeon HD 5750 Vapor-X isn’t really impressive; 710MHz/1160MHz versus the reference 700MHz/1150MHz and costing an extra $20 or so.  That isn’t the real trick with this card, the Vapor-X moniker signifies a special cooler on the card, one that keeps your temperatures about 11C lower, according to the testing done at Legit Reviews.  Not only that, but you will also find Black Diamond chokes that make the power efficiency unbelievable, at idle the card runs at 157MHz/300MHz!  How does that translate into overclocking?  How about taking the top speed of the GPU to 870MHz from 710MHz and the memory from 1160MHz to 1355MHz.

“The Sapphire Vapor-X HD5750 has a look all its own. Though, looks aren’t what the Vapor-X is all about; it’s about performance. Using their patent pending Black Diamond Chokes they can offer a card that is 10% cooler and offers 25% more power efficiency than other cards that use the normal chokes. To keep things even cooler this card uses the Vapor-X cooler. A key point for me aside from performance (which the Vapor-X has plenty of) is the noise, or lack thereof. Throughout the testing I never heard a peep out of the fan. The test I was sure I would hear the fan on was the power consumption test. I disabled all the other fans in the system so that they wouldn’t fluctuate speed and power, and I still couldn’t hear the fan on the Vapor-X while it was set on auto…” 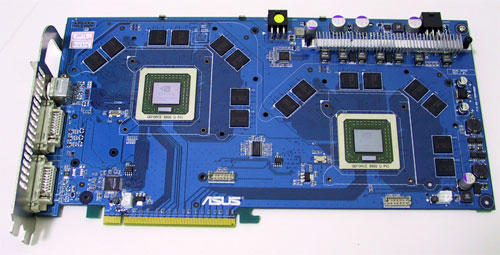