On Dec. 1, Zotac released what they are touting as “the world’s fastest mini-ITX platform” for gamers and home theaters users with their GeForce 9300-ITX WiFi LGA 775 motherboard. This new mini ITX solution should give users all the overclocking functions that were lacking in the previous version.

On Dec. 1, Zotac released what they are touting as “the world’s fastest mini-ITX platform” for gamers and home theaters users with their  GeForce 9300-ITX WiFi motherboard. Zotac proclaims they paid special attention to the new board’s overclocking features, which provides users unfettered access to adjusting voltages on the CPU, chipset, and memory. Giving users access to these critical functions is definitely a step in the right direction to target overclockers, but we’ll have to reserve judgment a bit to see how the BIOS as a whole has been manipulated and tweaked for overclocking.

This LGA775-based board has many of the same onboard features as its predecessor, including one PCI-E x16 expansion slot for NVIDIA graphics solutions to be used in tandem with the 9300 chipset through SLI Hybrid technology. This board also sports support for 1333 MHz front-side bus, which means users can take advantage of higher bus speeds on a tiny a 170mm x 170mm mini-ITX footprint. 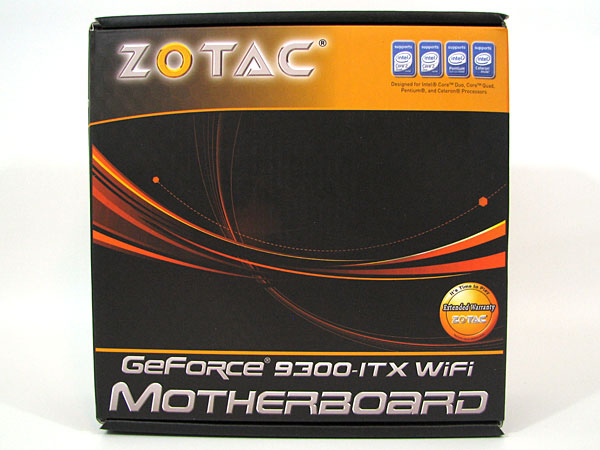 The 9300-ITX WiFi comes packages in a super small retail box that has nice orange and red graphics. Zotac made sure to let users know right on the front panel of the box that this board supports several types of Intel LGA775 chips in the dual, quad, and celeron flavors. 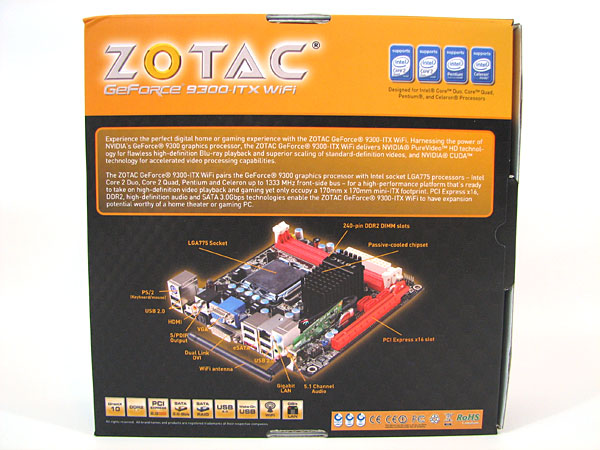 The bottom panel of the box goes more in-depth into the actual features available on the 9300-ITX. 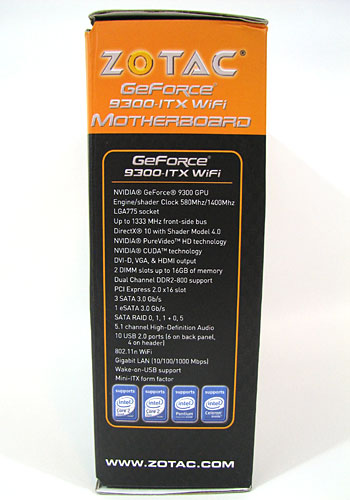 The side panel of the box has another extensive list of features that users will receive when they purchase this motherboard. 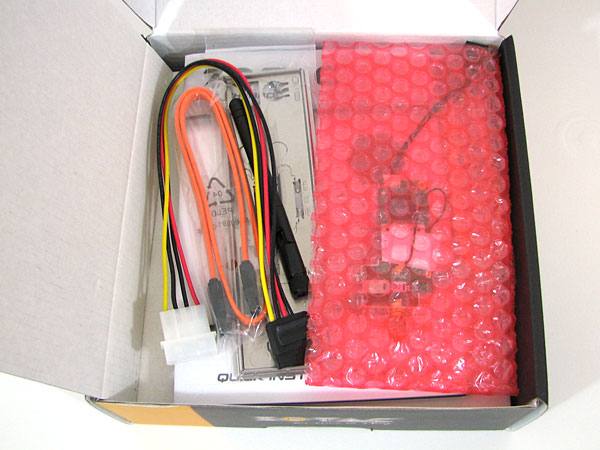 Lastly, we wanted to show how this motherboard was packaged. The board itself is on the bottom and the rest of the accessories and driver CDs are available on the top tier of the retail packaging. Overall, everything was received without any noticable physical damage after shipping from Taiwan.