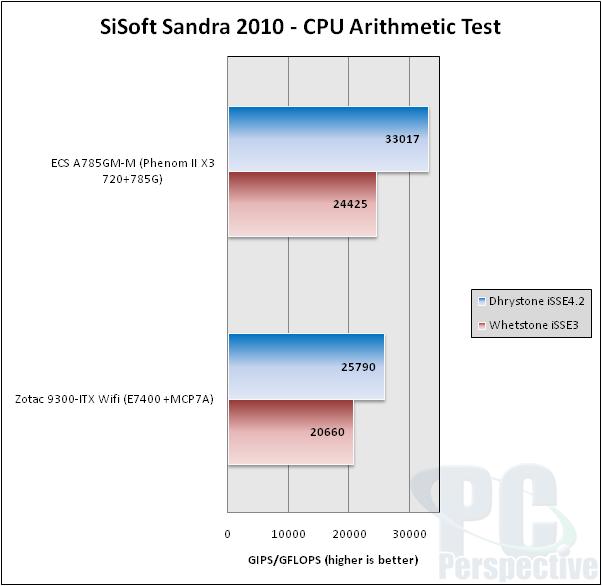 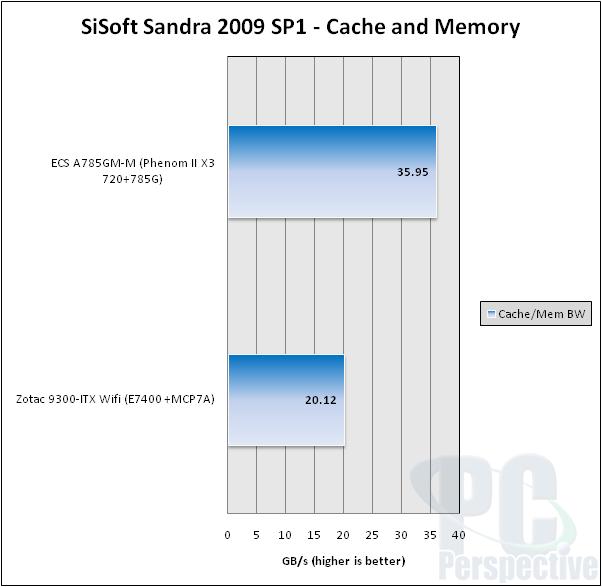 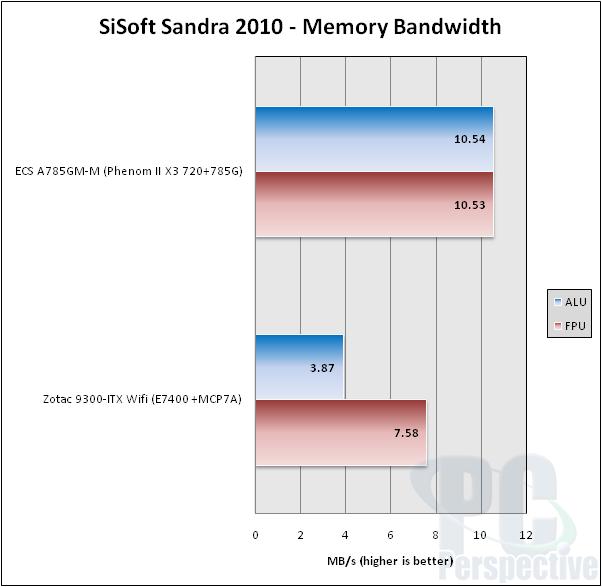 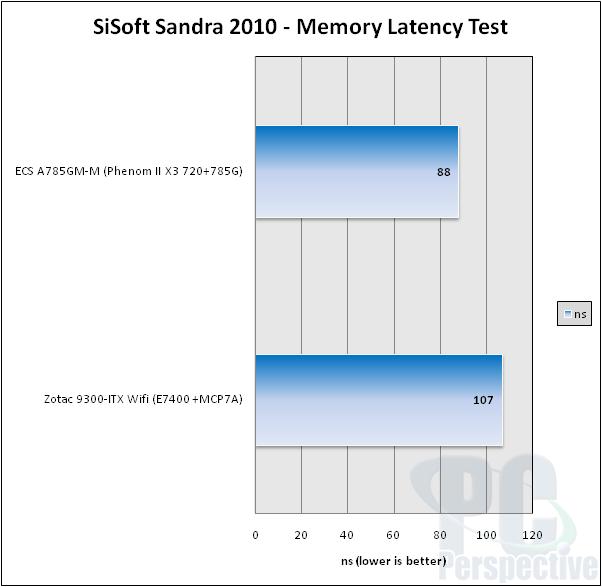 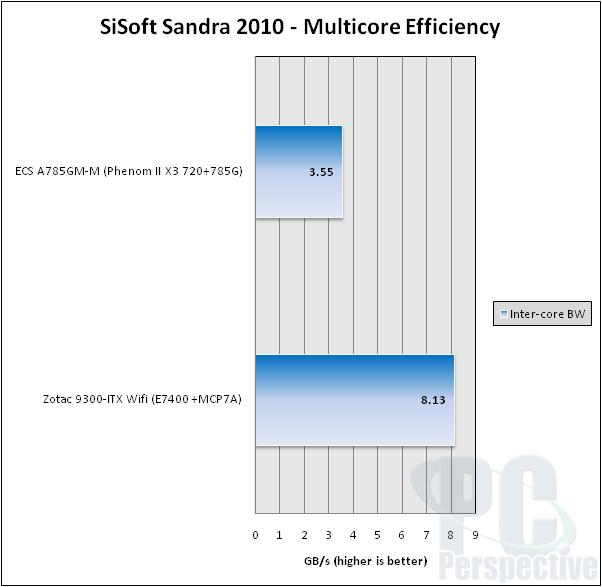 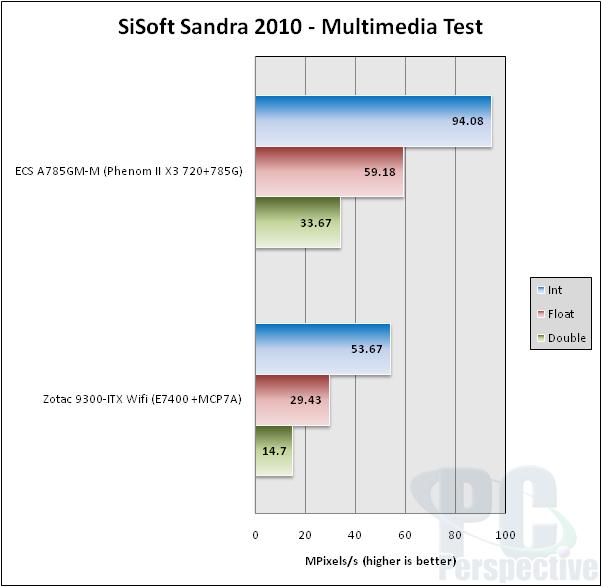 As expected, the ECS A785GM-M had the best results in most of our Sandra 2010 benchmarks. However, the E7400 on the Zotac 9300-ITX board did post some impressive numbers during the multicore efficiency tests. We’ll keep an eye on this during other benchmarks to see if we can see a trend when evaluating this Zotac board using multicore tests.

Not all the boards survived the subzero P55 Overclocking Shootout