The new Core i3 chips from Intel have necessitated the release of a new motherboard chipset and as usual Intel is using a tiered offering, the H55, H57 and X57 chipsets to Intel’s line up with the H55, H57 and X57 to choose between.  So far it is the H55 based boards which are appearing on reviewers test benches, such as the ASRock H55M Pro board at Elite Bastards.  The performance is very similar to the previous P55, perhaps the biggest bonus is its support forolder Core i5 and Core i7 LGA 1156 CPUs in addition to Core i3 processors, making it a perfect choice for anyone putting together an LGA 1156 system without a boatload of USB or SATA ports.

“In general terms, the H55 chipset isn’t a million miles away from the P55 Express chipset in terms of its core functionality. With its support for LGA 1156 CPUs as per P55, H55 leaves both the memory and PCI Express controller up to the CPU itself, although it’s worth noting here that in the case of Core i3 parts the memory controller is packaged with the GPU rather than CPU portion of the device (which increases latency) while the PCI Express controller used here has no SLI or CrossFire support. DDR3 memory is supported officially at speeds of up to 1333MHz as you might expect.

Looking at the H55 chipset itself, this supports an additional six lanes of PCI Express bandwidth, six Serial ATA ports (complete with eSATA capabilities), twelve USB 2.0 ports and both High Definition audio and a Gigabite Intel Ethernet controller. The biggest addition to H55 is of course the chipset’s ability to handle video output from that integrated GPU when present, and this comes in the form of HDMI, DVI and DisplayPort outputs, complete with HDCP and the ability to pass-through audio via both HDMI and DisplayPort. This could well make Core i3 CPUs a tempting proposition for anyone looking to build a Home Theater PC.” 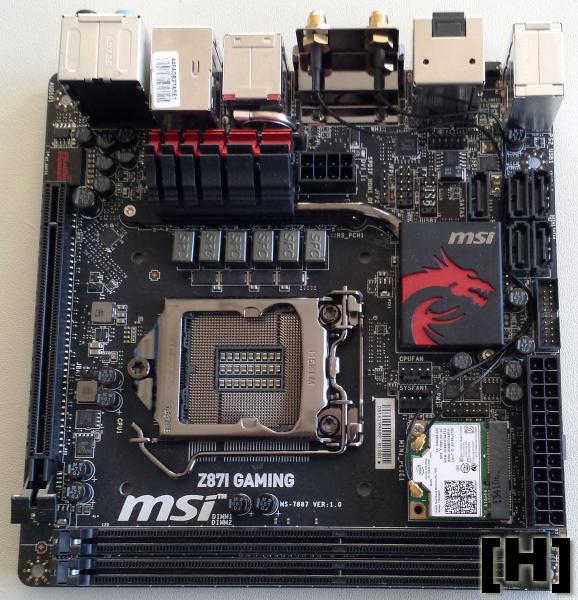