AMD highly recommends putting these parts in current 785G based motherboards, as they offer a good balance of performance, features, and price.  For testing I disabled the onboard graphics and used a standalone card.  The Asus M4A785TD-V EVO is used as the motherboard for the AMD processors.  The Asus Formula Maximus Special Edition, which is based on the Intel X38 chipset, is used for the E8500 testing.

Very rarely have I ever tested this many products at once for a review, but considering the nature of this new release, it makes more sense to do it this way.  I also included the results of the slightly older X3 435, which I was unable to cover last year when it was released.  Also consider that the least expensive Intel i3 processor is $119, which is the same price for the Athlon II X4 635.  The C2D E8500 still retails for $189.

No review is complete without going to Sandra.  This comprehensive and consistent benchmark shows us the theoretical side of processor and subsystem performance. 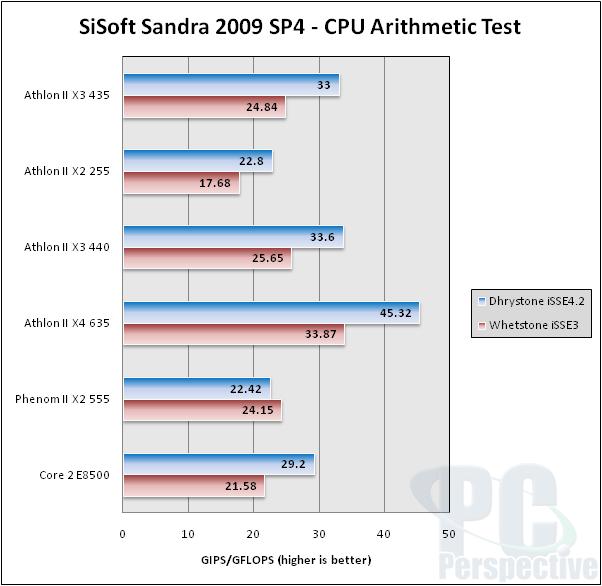 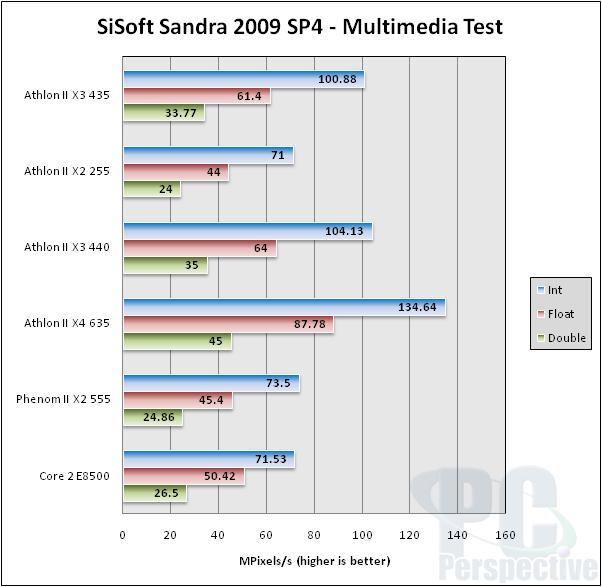 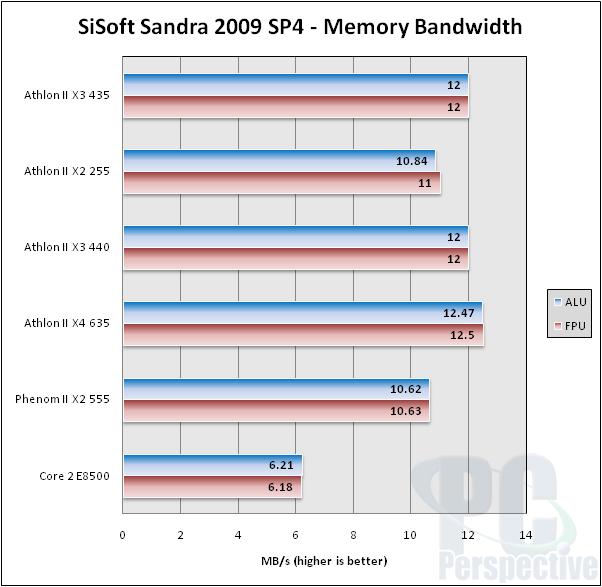 Not too many surprises, though the X2 555 certainly has improved floating point performance over the rest of the gang.  The extra cores of course make everything better.  Note how on the AMD platform the more cores there are, the better the memory throughput.  I wonder what kind of results a 6 core Phenom II will give in terms of memory performance? 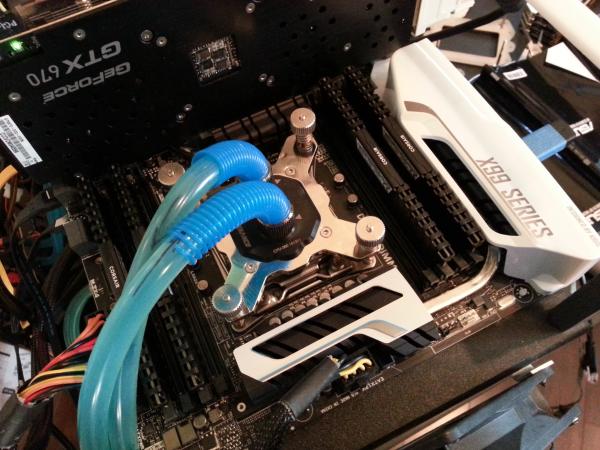 The Phenom II X2 555 BE fills its niche well