The latest iteration of 3D Mark features both DX10 functionality and a huge nod to multi-threading.   The performance preset is used. 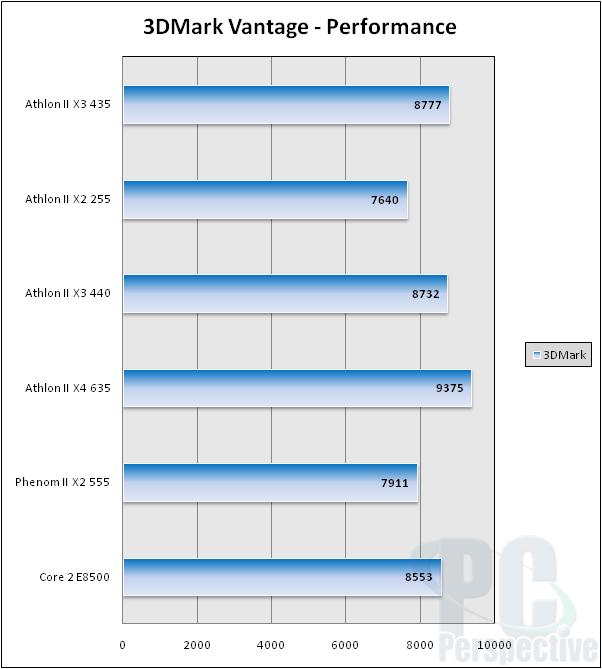 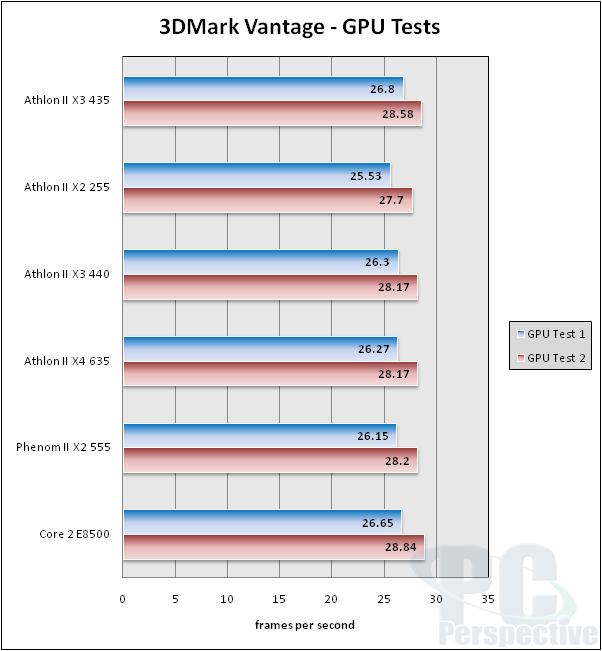 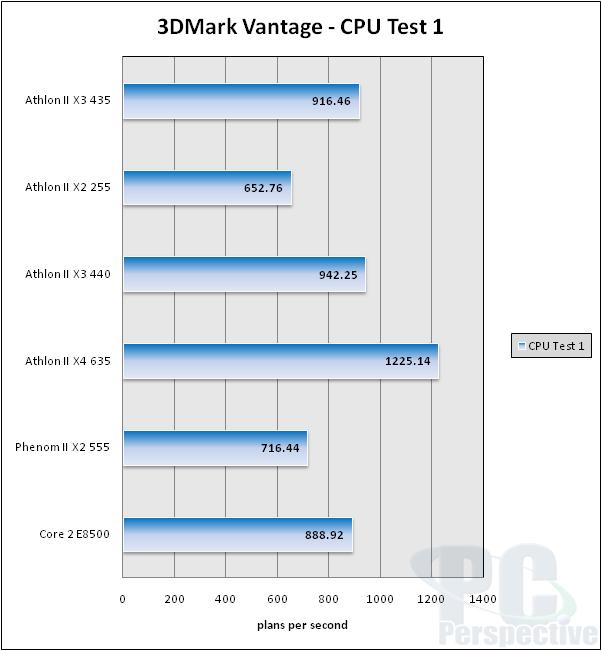 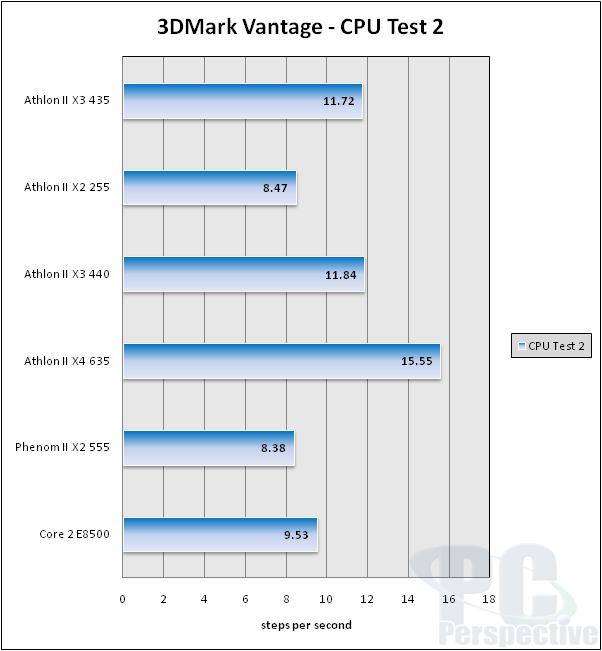 The scores are not all that far apart from each other.  Where we see the most separation is of course with the CPU tests, which is the entire point of this exercise.

This rendering benchmark is based on Maxon’s professional app, Cinema 4D.  As such, it is a real-world representation of how these processors will work in professional rendering applications. 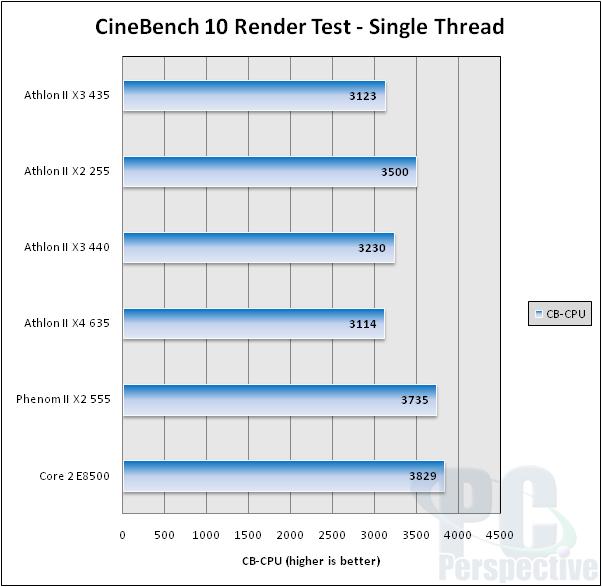 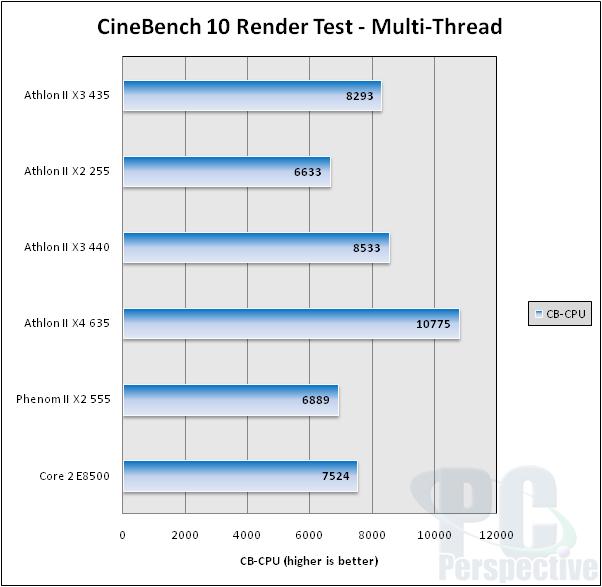 AMD has always done well in Cinebench R10, and likely that is due to Maxon putting a lot of time into optimizing for AMD processors as much as they do for Intel.  In single thread performance, the Phenom II X2 555 leads the AMD pack, while the E8500 just barely pulls ahead.  When working with max threads, then of course the three and four core processors really shine.

When dual core processors started to hit the scene, Valve decided to try to tap into the potential performance of these CPUs by creating some multi-threaded tests to see how multi-threading can benefit gaming and game design.  The first is a particle test which can scale up to as many cores as is present. 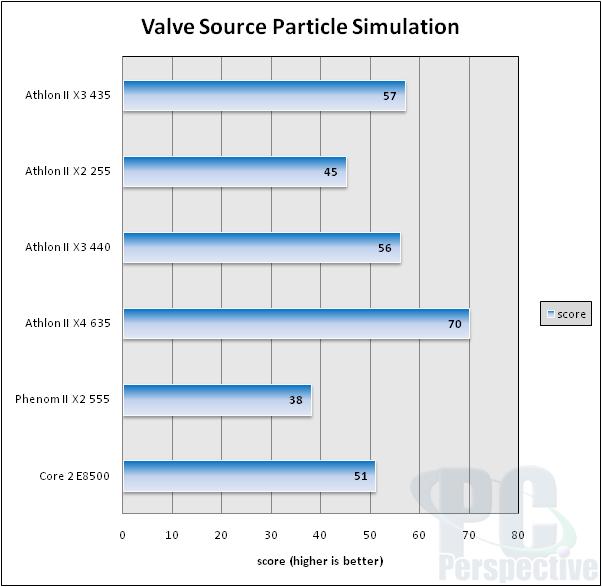 For some strange reason, the X2 555 is showing the worst performance here.  The X4 655 has the best overall performance, as it is the only quad core in testing.

This benchmark reflects the work done when building a map with pre-computed lighting.  A sample map is loaded, and the lighting is figured out for the entire level. 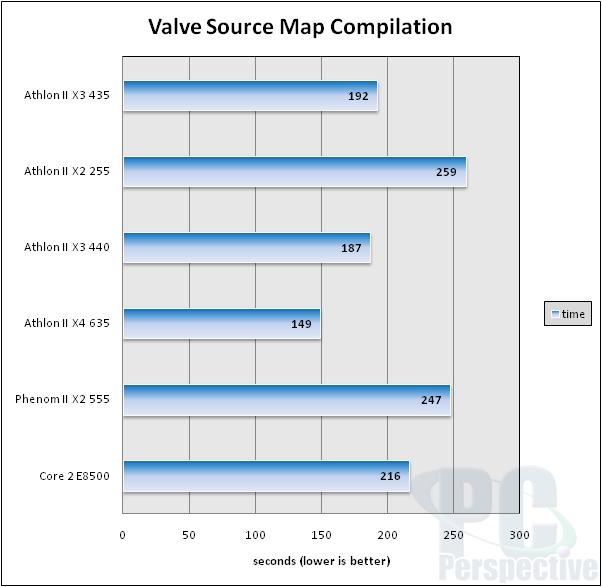 The X4 again takes the lead, but this time we at least see the X2 555 be a lot more competitive with the other dual cores.