I did not have a huge amount of time to overclock these processors, but the results were not that surprising (or spectacular).  The dies on all of the chips were manufactured between the 29th and 32nd week of 2009.  This corresponds to dates between July and August.  So these are not quite “hot off the grill” chips.  As such, we are not expecting miracles in overclocking as compared to previously reviewed Athlon II and Phenom II products. 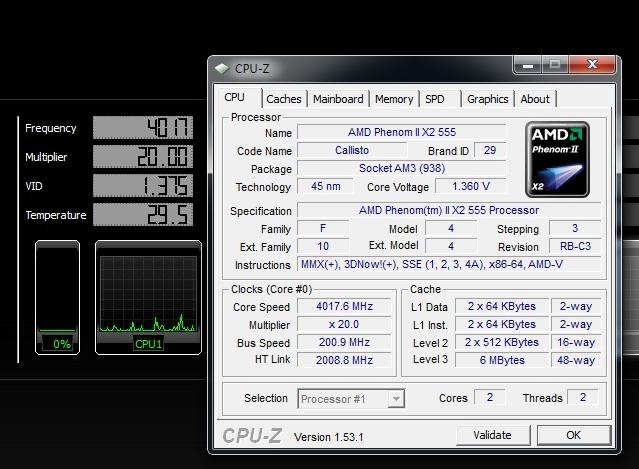 
The Athlon IIs were typically able to hit 3.3 GHz to 3.4 GHz without any problems, and this includes the X2 through X4 chips.  Anything above that became problematic in terms of stability.  These chips do not feature the unlocked multiplier of the Black Edition chips, so the only way to overclock is by raising the HTT base clock.  Many motherboards start to show some flakiness around 240 MHz (even with the HTT ratio turned down to 3x).

The Phenom II X2 555 was a much more pleasant surprise.  As it is built on the Rev. C3 die, it has the same improved overclocking performance as the fully functional Phenom II X4 965.  Because it only features two fully functional cores, and the L3 cache running at a steady 2 GHz, these cores are easily pushed to 3.8 GHz.  3.9 GHz and above require extra voltage, and the cooling I used is not entirely adequate for going much higher.  Still, this is an easy and fun CPU to overclock, and it is really a best buy for gamers and enthusiasts on a budget.

AMD is not upsetting the applecart with these new products, but they are offering more performance for the same price.  The older chips now will drop down in price, and AMD has products that are just that much more competitive to what Intel has to offer at sometimes significantly lower price points.  A quick Athlon II quad core at $119, followed by a slightly slower one for $99 is sure to interest more than a few people and OEMs.

The X2 555 BE again caters to the budget enthusiast and the overclocking and unlocking potential of these chips for $99 is sure to pique the interest of many parties.  At stock speeds it runs cool, and the performance is quite good.  Once overclocked to 3.7 GHz and above it becomes a gaming monster, but still does not become too hot to touch with a decent cooler. 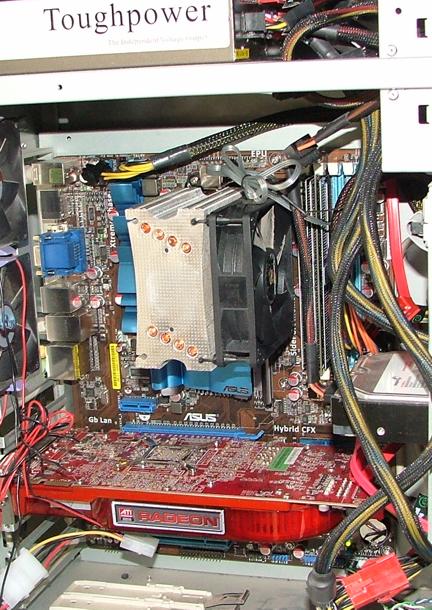 
AMD is keeping competitive, and offering people good choices for their computing needs.  The nice selection of dual core, triple core, and quad core offerings should cover the usage models of 80% of the people out there.  AMD is hoping to capture more of that particular market with this release, but they have some renewed competition from Intel in the form of the older Pentium line and the new i3 processors.

Now that AMD has refreshed the budget offerings, we can expect to see some work at the higher end.  Rumors are swirling about the fabled six core processors making it to the desktop in the next few months, as well as the release of the 800 series chipsets.  AMD is keeping their name in the news, and new products flowing.  While 2010 may not be as exciting as some would have hoped, AMD is staying significant even in the face of Intel going to 32 nm production along with their impressive Nehalem based architecture.  We can only hope that Bulldozer and Bobcat will come out in time to keep AMD significant in this very important market going into 2011.