During the desktop article we saw six new desktop processors released; well for the mobility product lineup it’s quite a bit larger.  How about 11 processors? 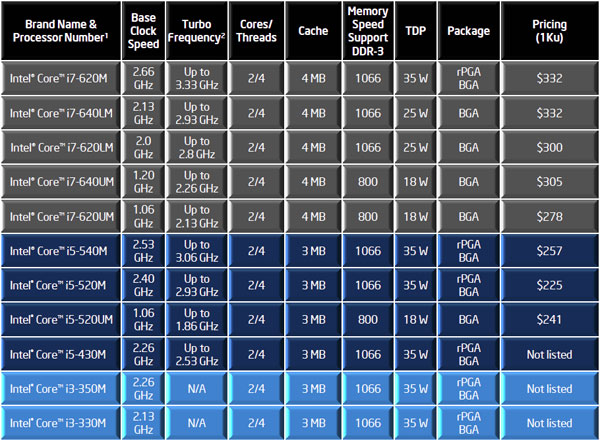 Well that’s a mess; lots of differentiation between these various SKUs here including the UM moniker that are ultra low power derivatives.  For mainstream notebooks like the ones we are testing today we are focused on the 35w TDP parts like the Core i5-540M that can be found in typical 14-in and 15-in machines. 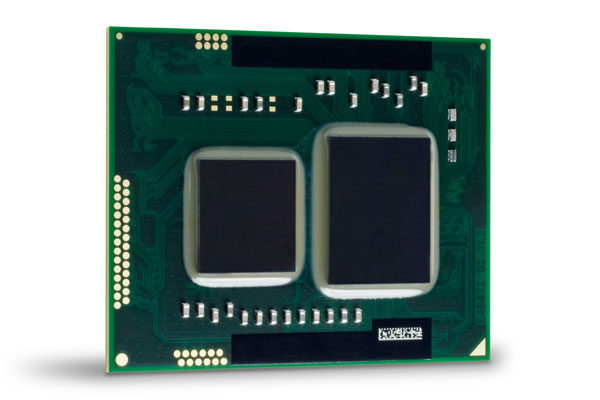 Similar to the new chipsets for the desktop side, the mobility platforms get a handful of new offerings as well. 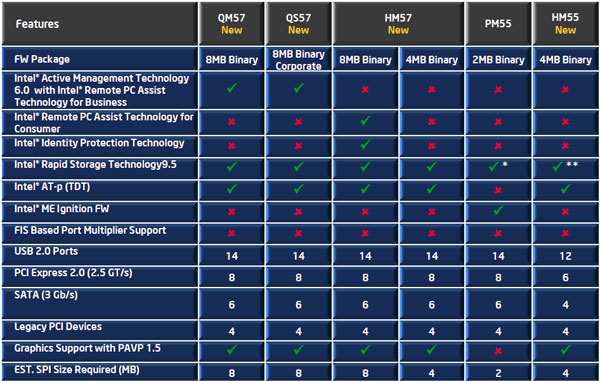 The primary differences include things like remote PC assist and identity protection services as opposed to speed or feature improvements.  Most consumer machines will likely use the HM55 chipset. 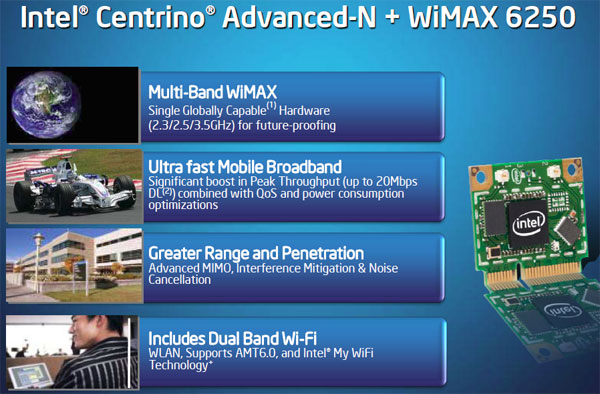 Along with the new processors and chipsets Intel is unveiling the latest updates to their wireless connectivity options including new N-capable WiFi radios and even WiMAX options. 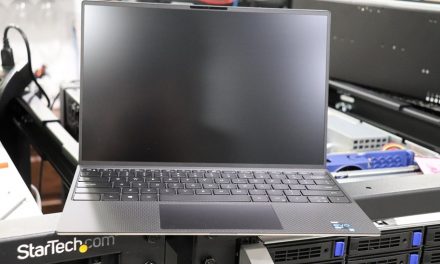