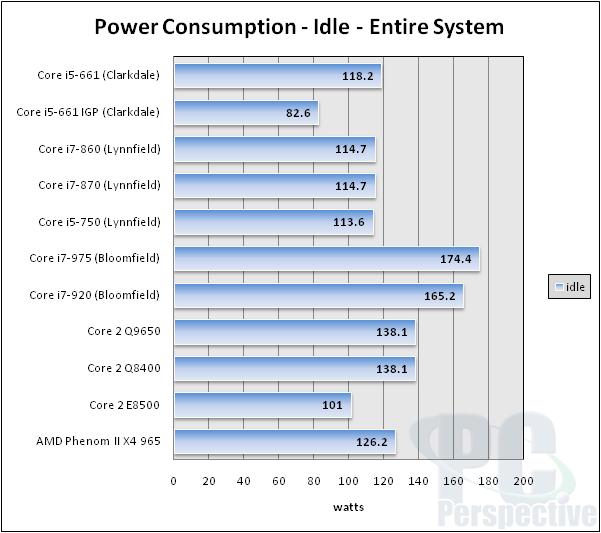 With the same discrete graphics setup, the Clarkdale CPU uses about the same power as Lynnfield at idle.  Removing the GTX 285 and using just the IGP on the Core i5-661 takes us much lower – to just 82w! 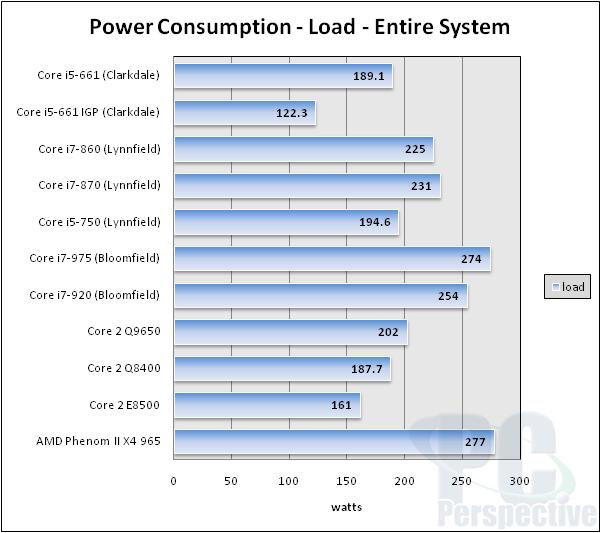 Under a full load, the Clarkdale part uses just a little less juice than the Core i5-750 processor.  Even though we have two fewer cores than the Core i5-750 obviously the addition of the IGP logic has kept power consumption at a similar level.  Without the NVIDIA GPU the entire system was operating around 120 watts, which is impressive. 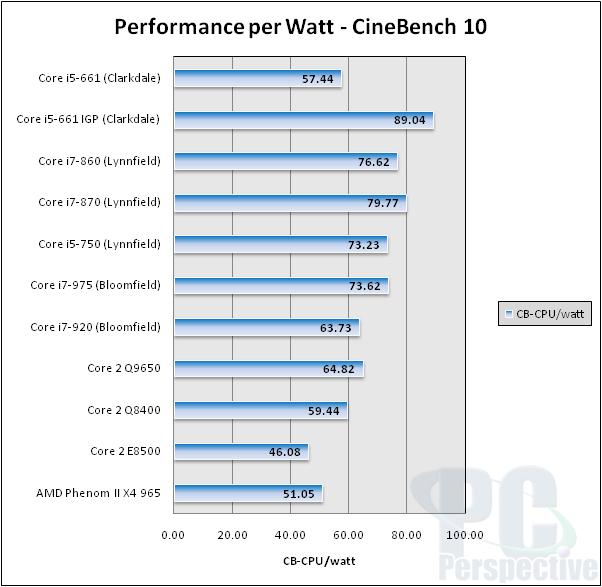 In terms of performance per watt in CB10, the Core i5-661 is not very efficient and is only beating out the Phenom X4 and the Core 2 E8500.  However, where the Clarkdale CPU does shine is after utilizing the IGP – performance stays nearly the same (in non-gaming tests only of course) but power consumption drops considerably.  This improves our performance / watt rating well above any other system.

Of course, this isn’t completely fair.  We could always have put a GeForce 220 in the system with the Core i7-860 and dramatically lower its power consumption to get similar results. 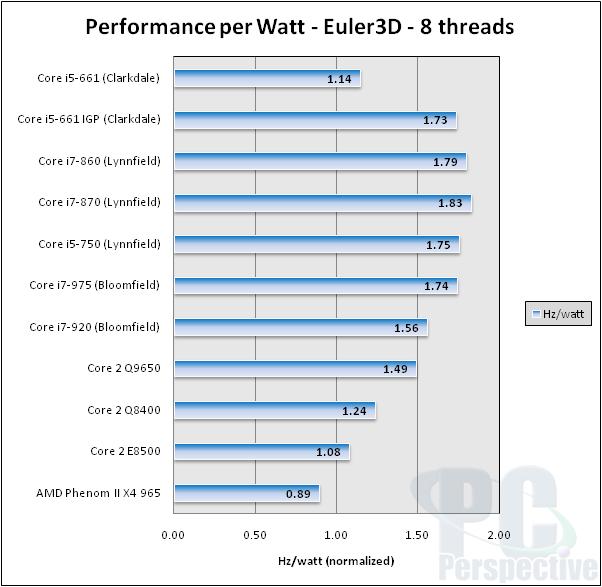 The same is seen here, though it takes the removal of the GTX 285 to make it competitive. 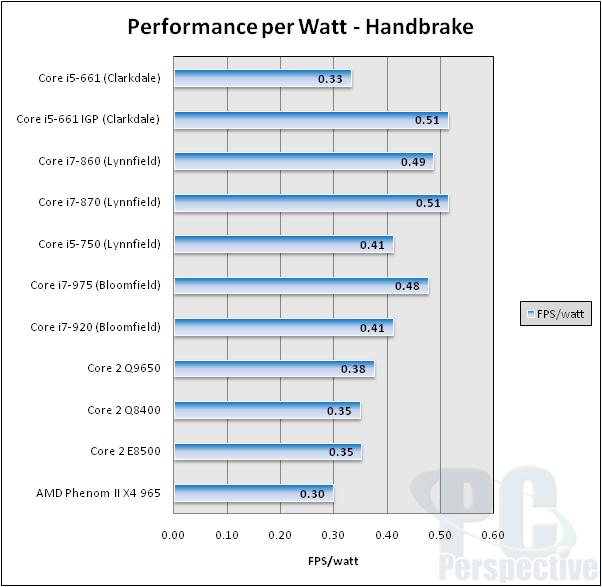 Ouch – the results don’t really get any better here with Handbrake as the only system it is better than is the AMD Phenom X4 part when we use the discrete graphics.  Once we use the Intel HD Graphics though, it becomes the most efficient system tested. 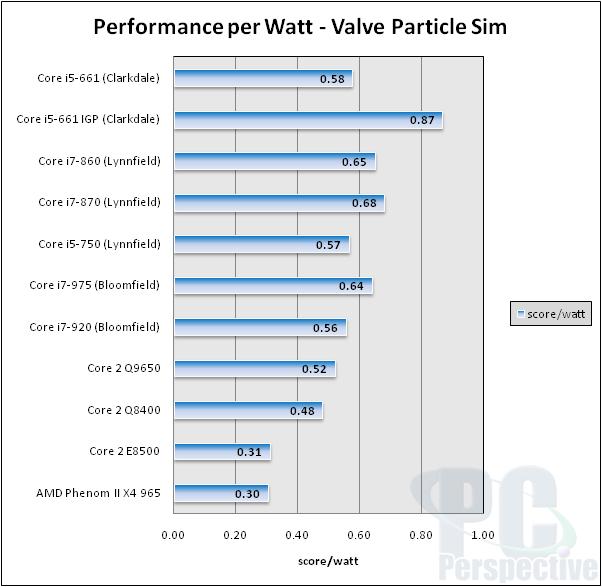 Here you can see that the IGP actually makes the Core i5-661 far and away the most efficient compute scenario. 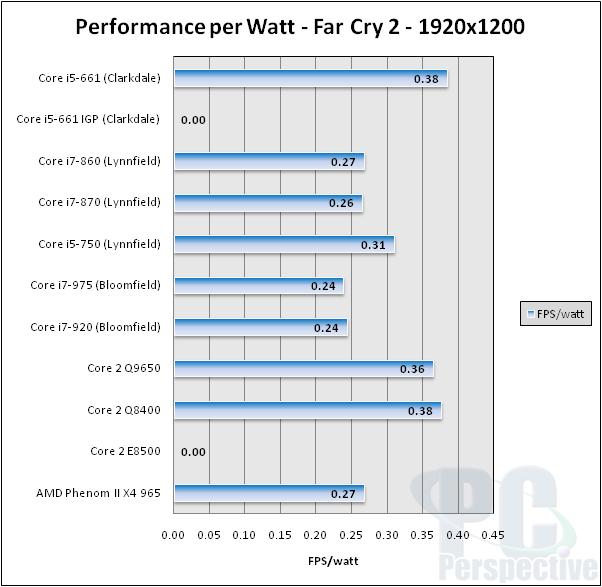 Well, because the IGP solution couldn’t PLAY Far Cry 2 at this level, it doesn’t get to compete.

In nearly all cases, the Core i5-661 is not competitive in the performance / watt testing we have done when using the same discrete GPU as the rest of our contenders.  Where it shines though is when you utilize all of its power in its TDP and use the integrated graphics.  Obviously this means your gaming and graphics performance will be limited – but at least we have this option.