Along with the new processor architecture and ALL of the new CPUs (which we will detail on the next page) comes a new array of chipsets.  Chipsets have really become quite boring over the last handful of years and these updated 5-series options don’t really change that trend.  The new desktop offerings include the H57, the H55 and the Q57 and are amazingly similar to the P55 chipset used for the Lynnfield CPU launch. 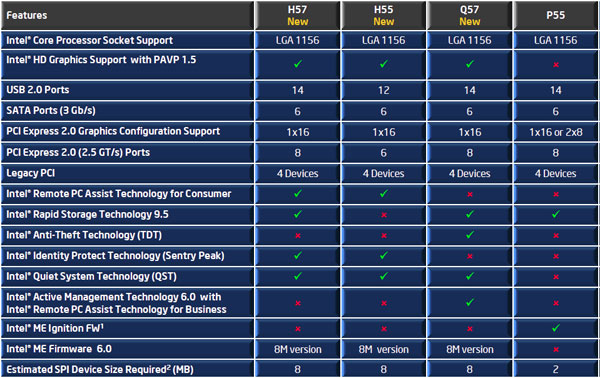 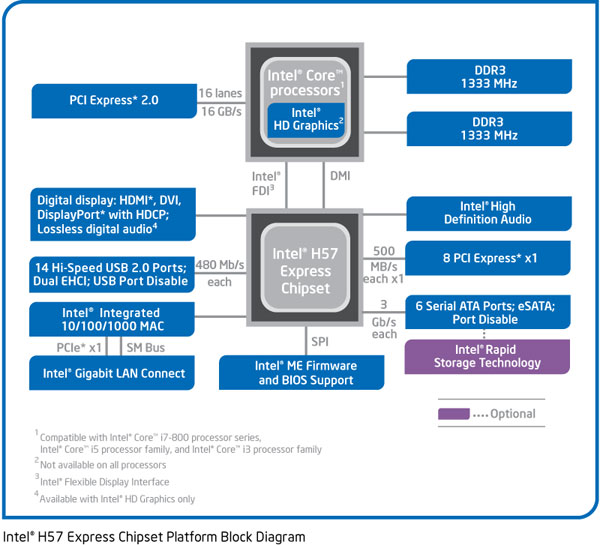 The actual chipset part here remains pretty much unchanged though – we are still talking about a chip that has been reduced from a major player in terms of performance down to the I/O hub for storage and connectivity.  One change to note for any potential games out there – the Clarkdale chips apparently do NOT support breaking the x16 lanes of PCI Express into to x8 connections for SLI or CrossFire.  While noteworthy, that probably isn’t a concern for users purchasing systems based on this platform.

For my testing I ran the Core i5-661 Clarkdale part in a pair of ASUS boards depending on the circumstance: the ASUS Maximus III Formula P55 motherboard for direct power consumption and performance numbers to our Lynnfield CPUs and in the ASUS P7H57D-V EVO for testing the IGP and related performance of Westmere. 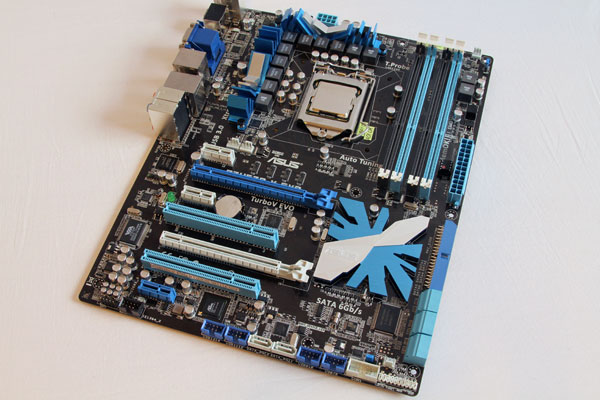 The ASUS P7H57D-V EVO motherboard used in our testing is seen above.  Interesting the box claims support for both SLI and CrossFire likely by way of the x8 PCIe connection coming from the H57 chipset itself.