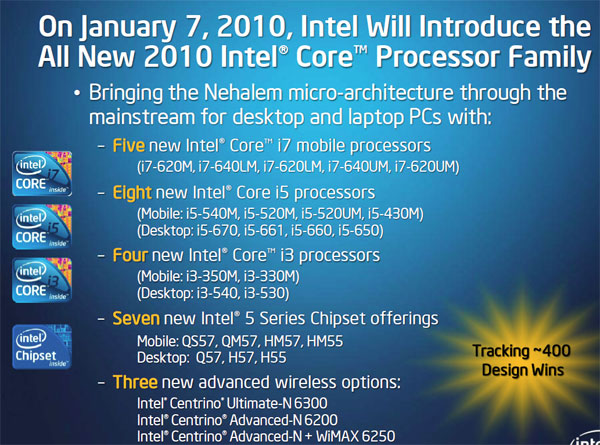 That’s a lot of new stuff to be on the lookout for at CES this week!  Our focus for this article is the new Core i5 and Core i3 processors for the desktop market:

This is the new desktop mainstream processor lineup for Intel going forward.  All six of these processors are dual-core HyperThreaded CPUs with the same amount of cache and memory support across the board.  While the Core i3 series does not support Turbo Mode and its automatic overclocking capability, the Core i5 does.  The Core i5-660 and 661 run at a base clock of 3.33 GHz but will run as high as 3.6 GHz on a single or dual-threaded workload; 3.46 GHz on a many-threaded work load.  These Turbo Mode jumps are pretty small compared to the huge increases in performance we saw over base clocks on the Lynnfield CPUs last year. 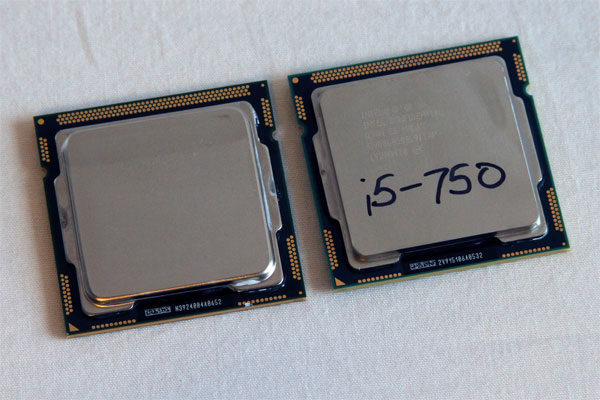 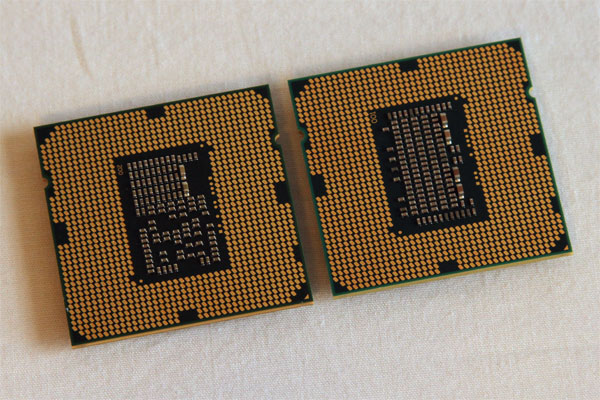 The Clarkdale CPU on the left and the Lynnfield CPU on the right look exactly the same (minus the marker of course) on the front with some minor changes to layout on the back.

Obviously the goal of bringing Westmere down to the mainstream segment is to finally put the Nehalem architecture at a low enough price to finally push out the need for the Core 2 line of products and maybe get in AMD’s way once again with their super low cost CPUs.    As the review and benchmarks progress we will see just how successful they are at this.