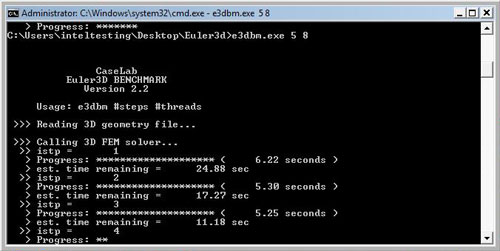 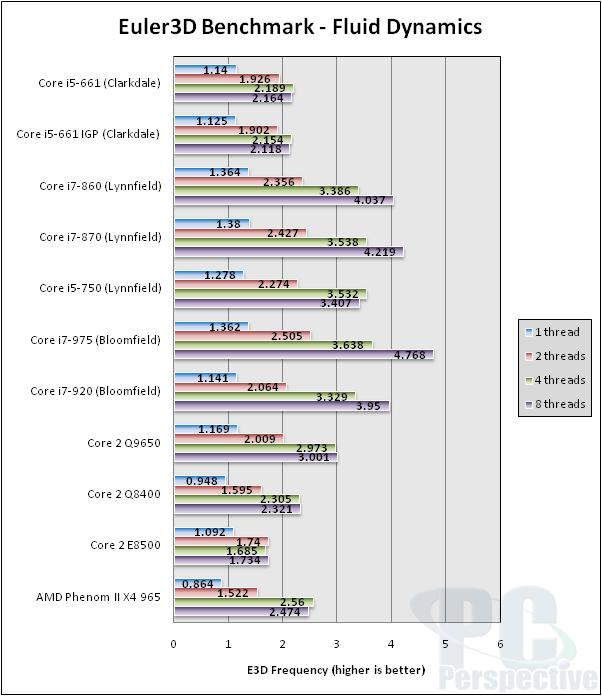 In Euler 3D the HyperThreaded nature of the Core i5-661 doesn’t seem to change much over a 2-threaded run of the test interestingly. 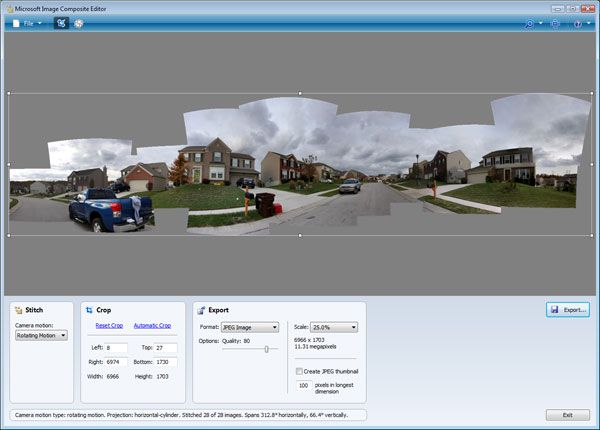 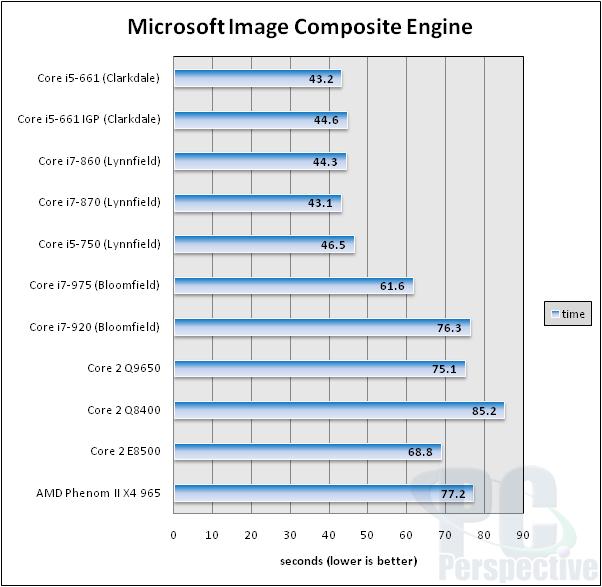 These are VERY odd results for sure – the Lynnfield/Clarkdale testing seems to indicate that something in the P55/H57 chipset might be the difference maker here.  It is likely then that the driver for the P55 controller on Windows 7 x64 RTM is more robust than that for the X58 chipset at this time and the Intel X25-M SSD was just more fully utilized there. 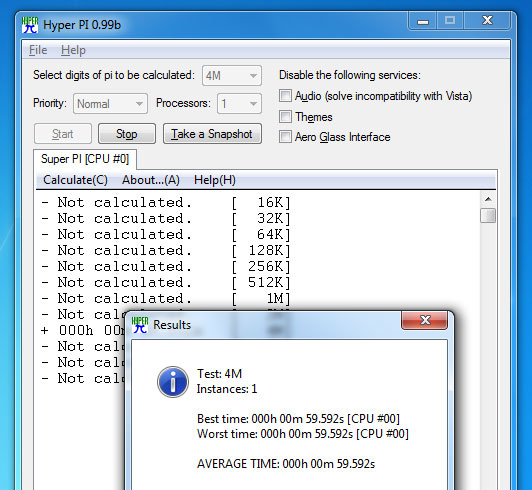 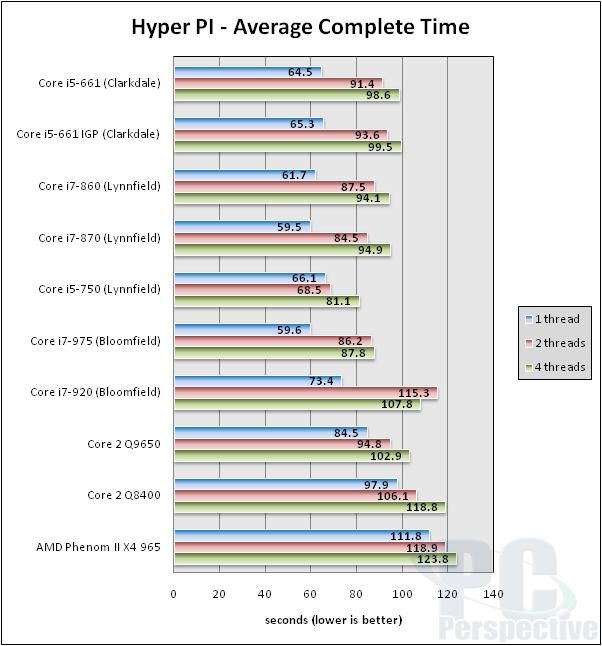 HyperPi sees very similar performance results in the Core i5-661 processor compared to the competition.