Now let’s take a look at some real-world games and see how the Core i7 Extreme 920XM coupled with the GTX 280M perform in reality. 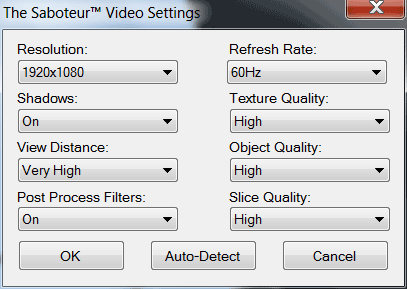 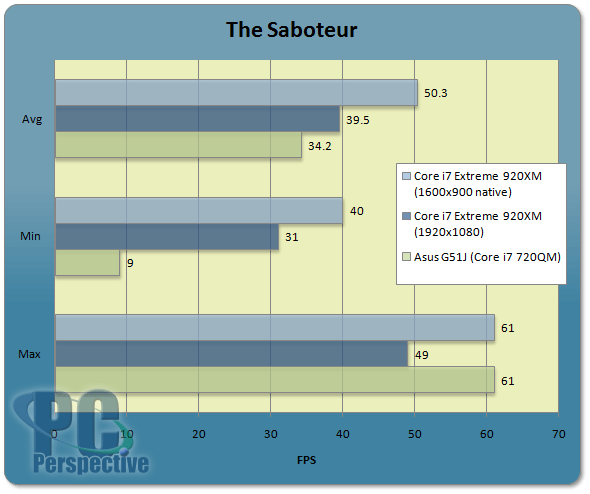 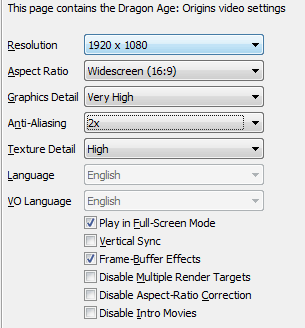 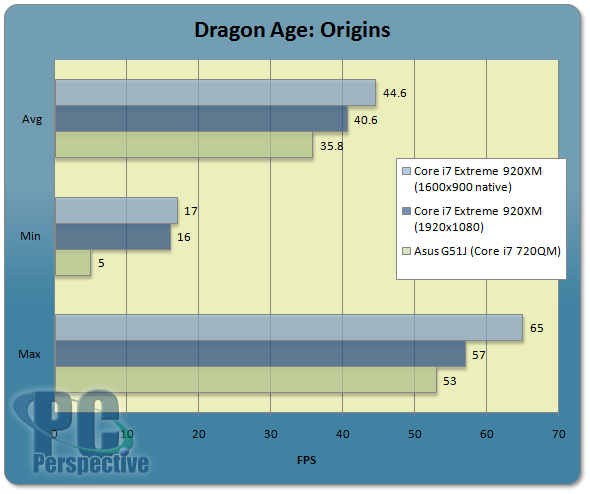 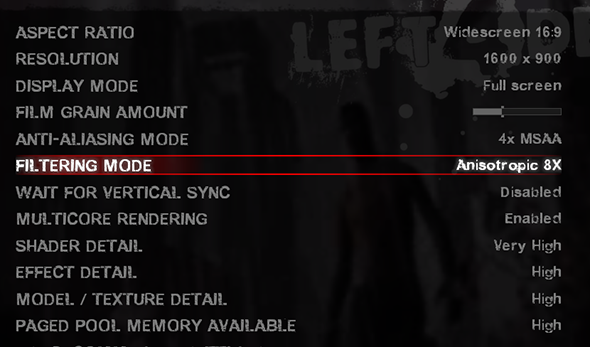 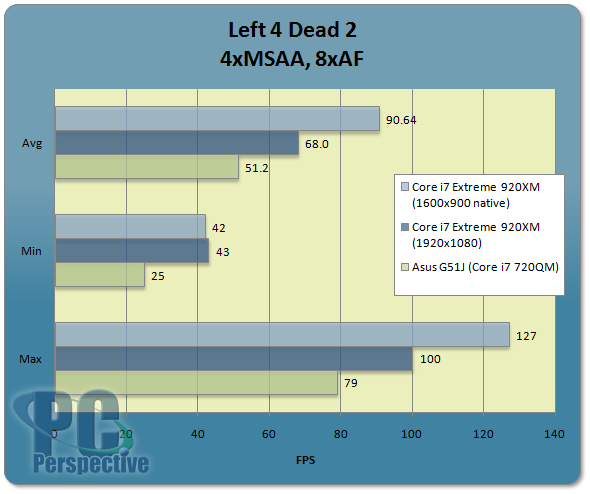 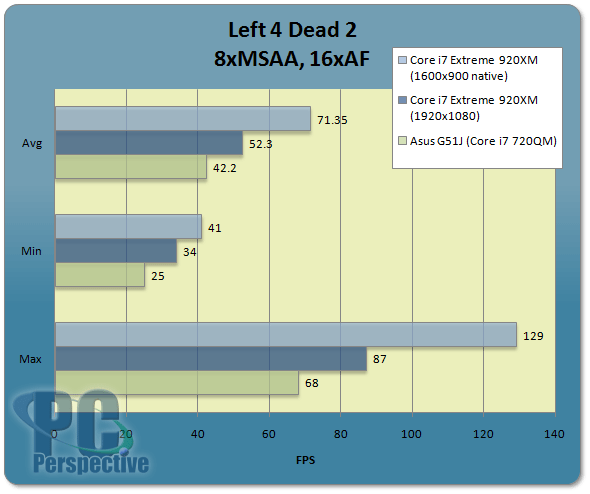 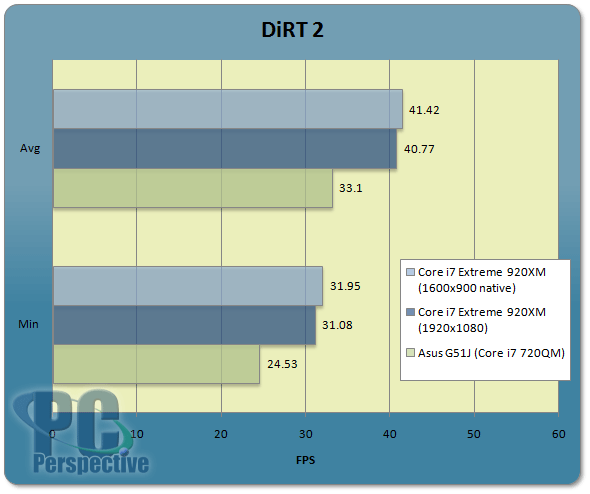 I think the gaming test results speak for themselves. At high detail settings in all four games, the GeForce GTX 280M breezes through them easily.  The average recorded frame rates are all well over the minimum playable 30 FPS mark, which gives us room to spare for higher resolutions like 2560×1600 on 30” displays.

In Dragon Age: Origins, the Minimum frame rate was recorded to dip below the acceptable 30 FPS mark – but for an RPG, users are generally more tolerant of an occasional drop in performance as long as the average frame rate is playable (in shooters, we’d be crying bloody murder of course) .

All in all, NVIDIA’s mobile GPU is very impressive to say the least and our tests here prove that.