AMD has released a pair of new low cost GPUs that support DX11 and Eyefinity while offering a robust feature set for home theater PCs including loss-less Blu-ray audio and half-height card designs. Can the new Radeon HD 5570 and HD 5450 best the currently available GeForce 210/220/240 cards and complete the DX11 sweep that AMD has been gunning for?

Over the last few months we have steadily seen AMD release an entire new line of graphics processors for nearly all price segments.  It starts with the high-end iterations including the Radeon HD 5970, HD 5870 and HD 5850 then continues to the performance parts like the HD 5700-series.  Earlier in 2010 we saw the Radeon HD 5000-series break the $100 price point with the Radeon HD 5670 graphics card. 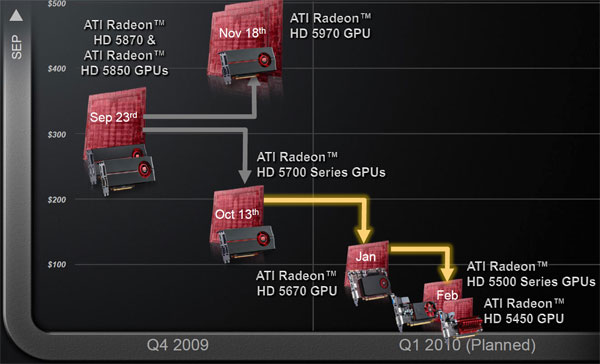 Today we are seeing the completion of the Evergreen series of GPUs in the discrete market; at least for now.  The Radeon HD 5450 is based on the “Cedar” core, the smallest of the roadmap seen above and we will likely see the HD 5500 series (first mentioned during the release of the HD 5670) later in the month.

Because it happens so infrequently, I do want to comment on the fact that AMD was able to execute on this plan to a nearly flawless degree.  I say “nearly” because of the 40nm production issues that TSMC had in the Oct-Nov 2009 time frame that limited sales; but from a release schedule and pricing perspective AMD did very well. 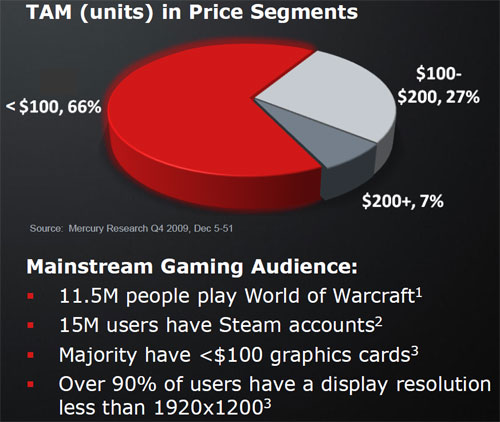 The Radeon HD 5450 is going to run you less $60 – not exactly a graphics card that many in our audience tend to get excited about.  But not only do we think you SHOULD be interested, but it is very obvious why AMD (and NVIDIA as well) are interested: discrete graphics cards selling for $100 make up over 66% of the total market.  Most of the 11.5 million WoW gamers and most of the 15 million Steam account holders have sub-$100 graphics cards as well and resolutions lower than 1920×1200.  For these casual PC gamers, the Radeon HD 5450, 5500-series and 5670 are the most appealing options.


As the smallest (and obviously least powerful) of the Radeon HD 5000-series of GPUs, you can expect the numbers you might be used to hearing are quite a bit lower. 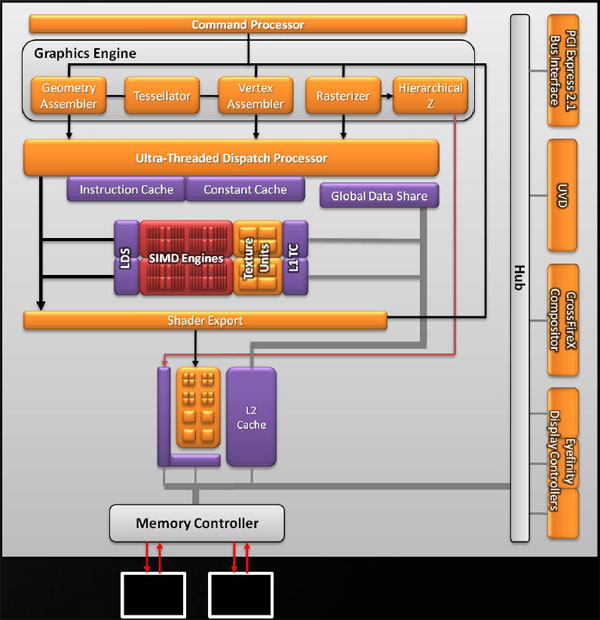 Here is a block diagram that you might actually be able to understand at a glance – it is much less crowded and complex than the Cypress core used in the HD 5870.  Cedar has nearly the same setup engine (with one fewer Z and rasterizer engine) but only one SIMD engine compared to the 20 available in the HD 5870.  The L2 cache and memory controllers are scaled down as well with a pair of the 32-bit memory controllers bring the HD 5450 a total of 64-bits of bandwidth. 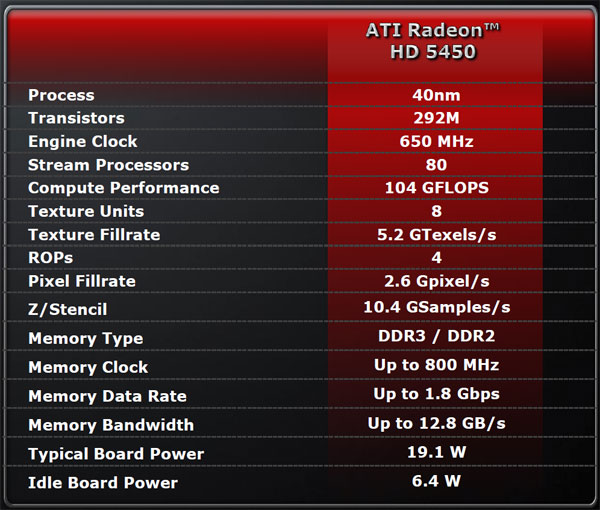 The rest of the data and specifications are provided in the table above.  The 292 million transistors of course pale in comparison to the 2.15 billion of the HD 5870 though of course that means a smaller chip, lower price and potentially better manufacturing yields for the AMD and their board partners.

The engine clock of 650 MHz is quite a bit lower than the 850 MHz of the HD 5870 in addition to coming up with a modest 80 stream processors compared to 1600 SPs.  Memory bandwidth takes a hit going from over 150 GB/s to 12.8 GB/s, etc, etc.  Look, the specs are obviously quite a bit lower than other 5000-series offerings, but that isn’t really the point.  We are talking about the lowest cost DX11-ready hardware available at a sub-$60 price point.

The Radeon HD 5570 was also released this week and it is of course based on the exact same Evergreen architecture but retains a bit more of the compute power than the HD 5450 does above. 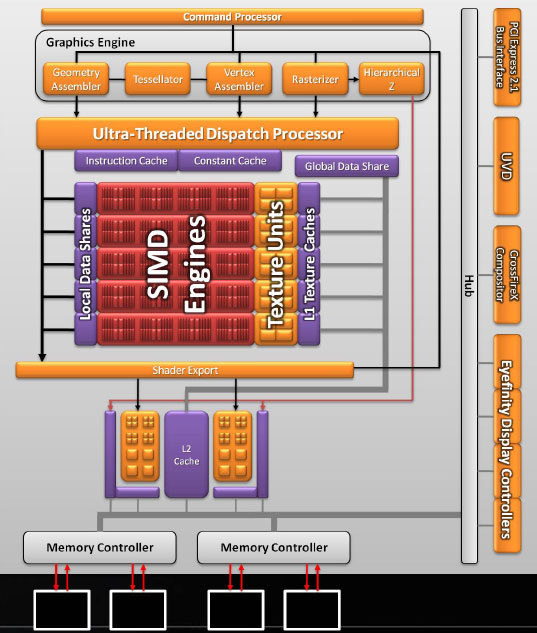 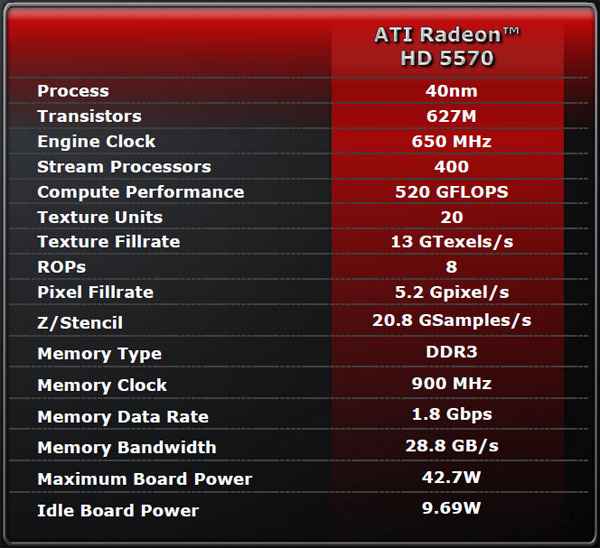 The 40nm GPU used on the HD 5570 sports 627 million transistors and runs at speeds up to 650 MHz.  Memory bandwidth is more than doubled up to 28.8 GB/s but  board power also increases to just over 42 watts under full load.

The Radeon HD 5570 will run anywhere from $75-85 and also supports a set of three monitors for Eyefinity gaming or just improved productivity.  Unlike the HD 5450 the 5570 does require an active cooling solution but maintains the half-height form factor for HTPC installation.