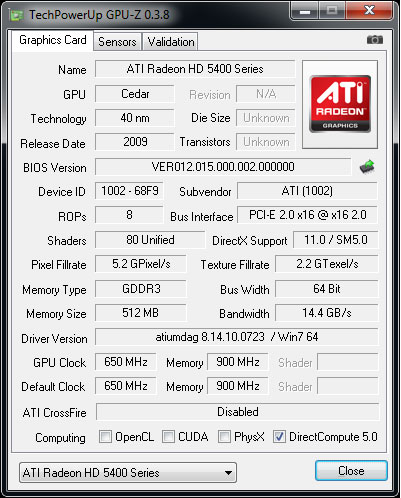 
Our GPU-Z image shows us almost all of the same specifications we expected to see but one – the memory clock is running at 900 MHz as opposed to the 800 MHz stated on the previous pages.  Why?  AMD says it was an honest mistake on their part and that even though they are sticking with the 800 MHz reference settings that many of their partners will likely overclock the memory and core clock speeds.  Regardless, we only expect the performance difference between the two memory settings to be something less than 5%.  We’ll make notes during performance testing and necessary. 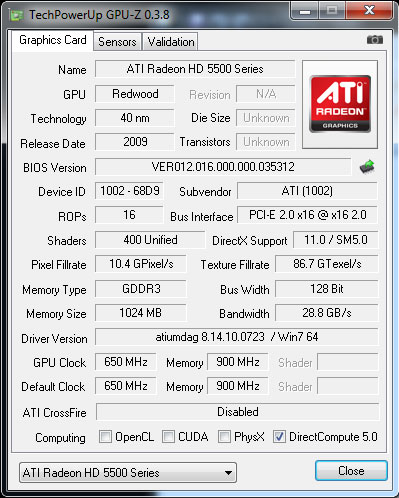 
The Radeon HD 5570 GPU-Z image matches up well and we can see the raw specification differences between it and the HD 5450 at glance.


For our comparisons we are going to be throwing the new Radeon HD 5450, with an estimated pricing of $49-59, against the NVIDIA GeForce 210 and GeForce GT 220, available at prices ranging from $49-69.  The GT 220 can definitely be considered a “step above” the price levels of the GeForce 210 and HD 5450 but I thought it was relevant to show our readers what they could get with just a bit more investment.

The Radeon HD 5570 will be compared against the similarly priced NVIDIA GeForce GT 240 offering and both of these test configurations will be run at slightly higher image quality settings (AA enabled, etc).  Just keep that in mind. 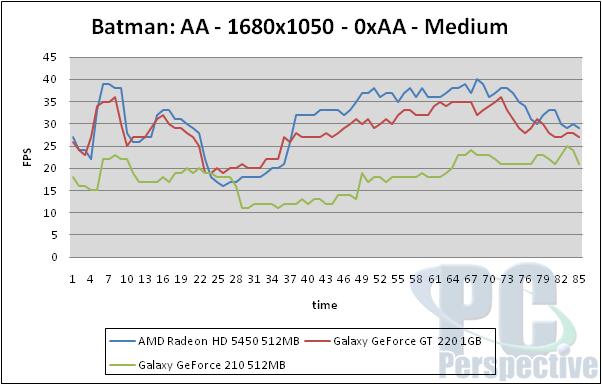 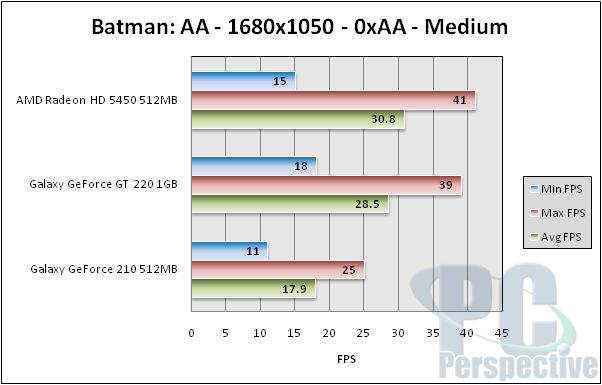 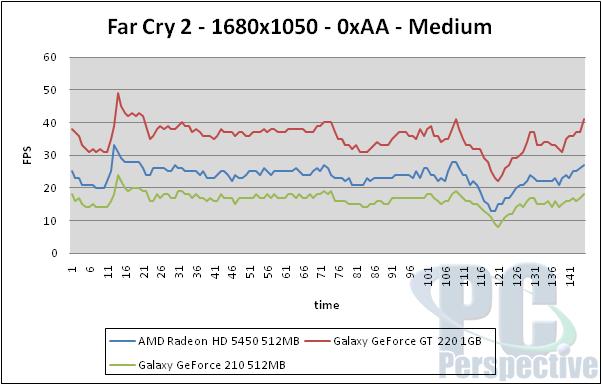 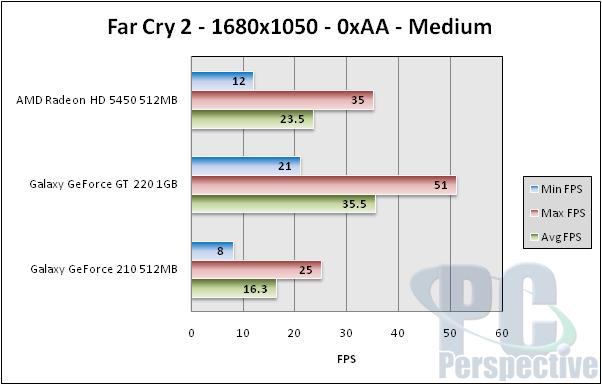 Batman: Arkham Asylum actually performs very well on the Radeon HD 5450 as it runs just a bit faster than the GeForce GT 220 and dominates over the GeForce 210.  In Far Cry 2 the HD 5450 falls more in line with our initial expectations: beating out the similarly priced GF 210 but falling behind the gaming power of the GT 220.