This RTS has been a favorite for some time, and it features really nice DX9 based graphics on huge maps.  The water effects are perhaps the most impressive by far.  All settings were placed at “High” with shadows at medium.  4X AA and 16X AF were enabled.  The built-in benchmark/demo was used to record frame rates. 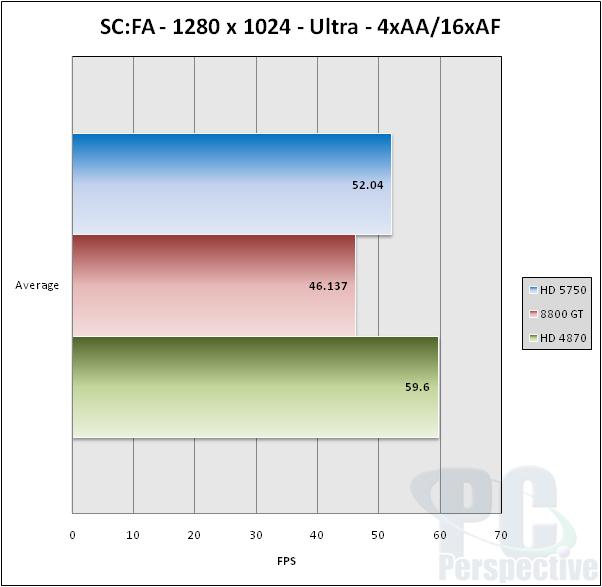 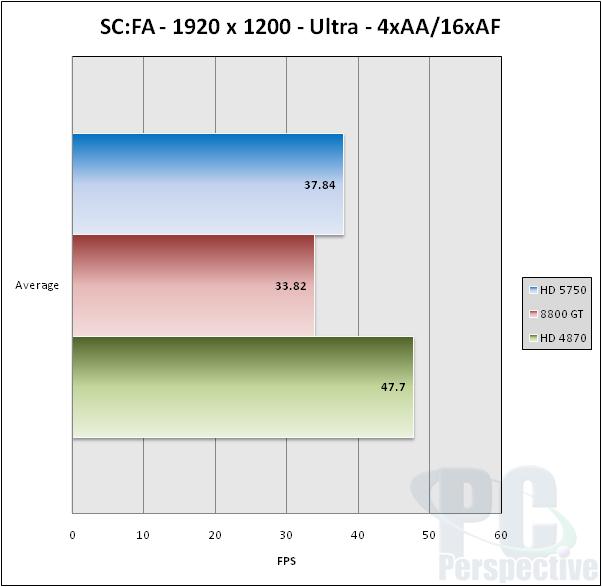 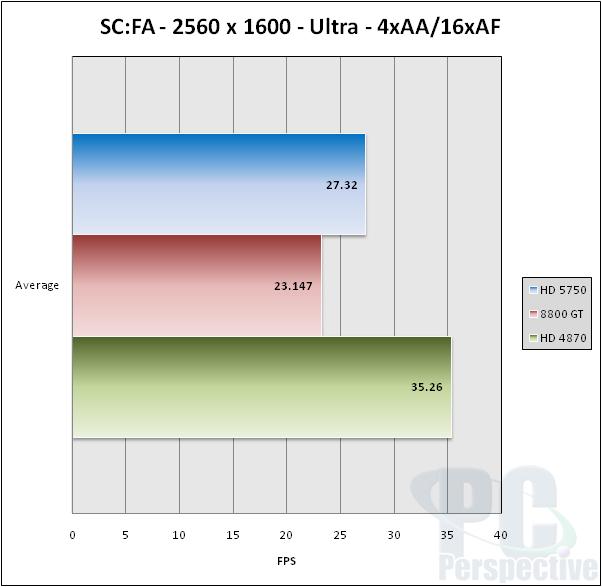 All three cards exhibited good performance across all resolutions, with the HD 4870 taking the lead.  Remember that the GeForce 8800 GT was a $300 card just two years ago.

This relatively new game uses the Gamebryo engine, and it supports a maximum of DX 9 features and effects.  The first outside level was loaded and a manual run-through was captured via FRAPS.  Ultra preset settings were used with 4X AA and 16X AF enabled. 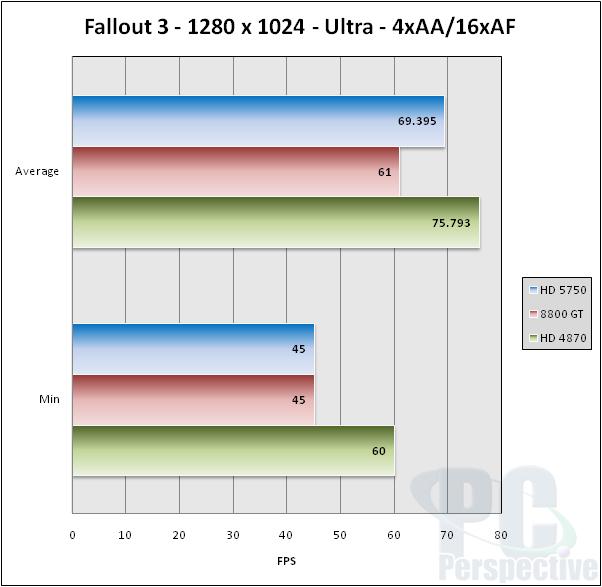 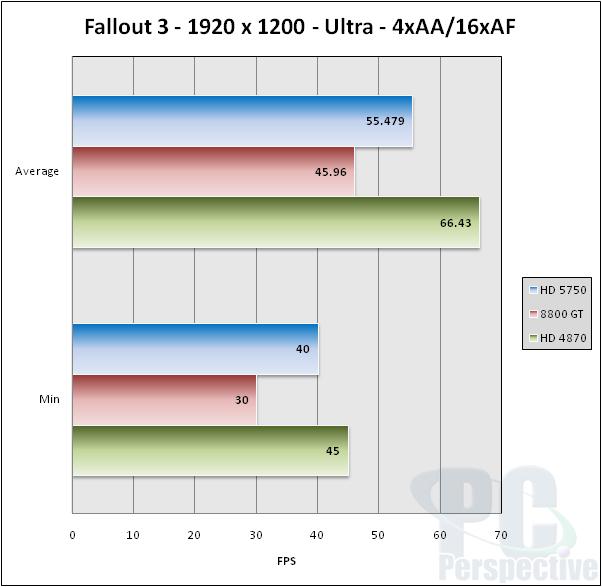 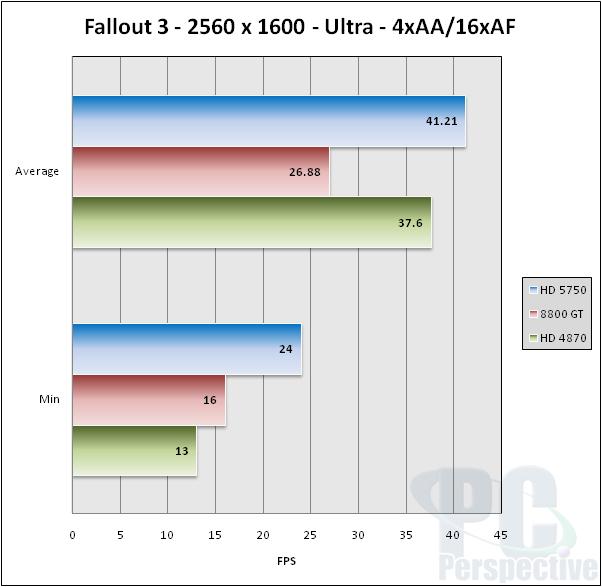 Interestingly enough, we see the first real big win for the HD 5750.  At 2560 x 1600, where texture memory might be getting squeezed a bit, the 5750 performs far better than the rest of the crowd.  Especially in regards to minimum framerates.

This new racing title is one of the first to embrace DX 11 functionality.  The demo has a built in benchmark featuring a point to point race in Morocco.  This race is an actual race and not a playback demo (eg. The AI controls every car, and the results are different each time).  The “High” preset was used, which disables all DX11 features.  4X AA and 16X AF were enabled. 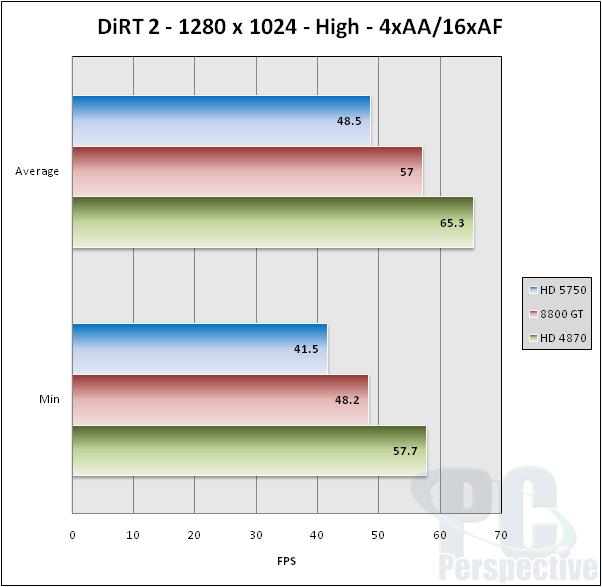 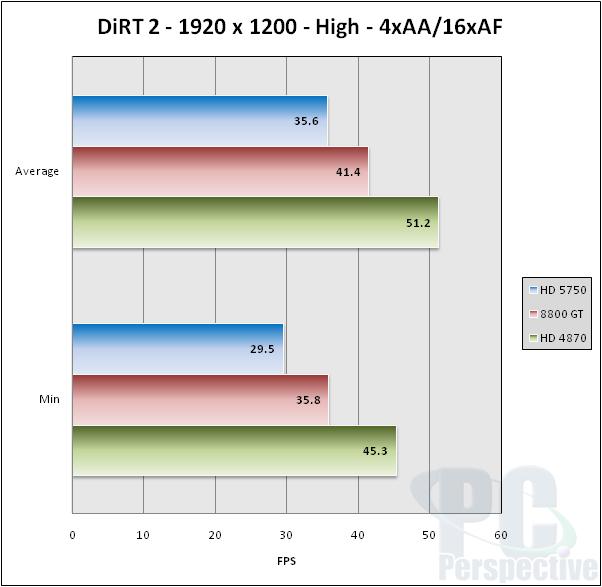 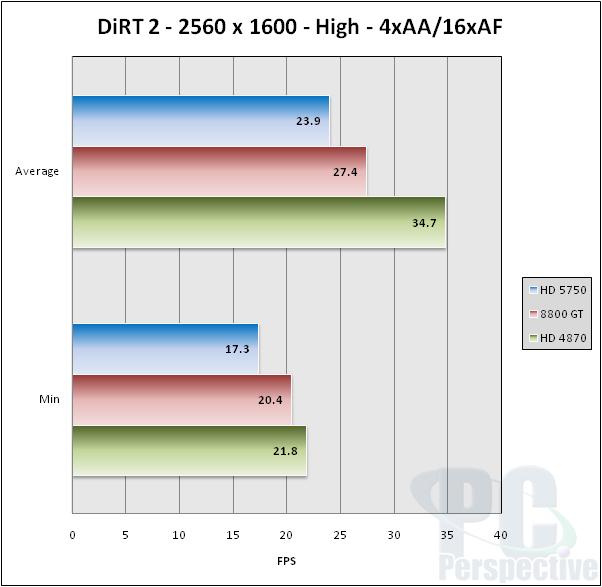 In an interesting turn of events, the HD 5750 placed last in all of the runs.  I am wondering if some DX11 features are being enabled even though they aren’t supposed to.  Still, at 1920×1200 and 4X AA the HD 5750 provides a very smooth experience, which means that players giving up a level of AA and going to 1920×1080 resolution will have a far smoother experience overall.